Earlier this week, MSPoweruser received word that the Creators Update for Windows 10 would launch in April, despite having originally been scheduled to roll out in March. While the Creators Update is going to be significant, it might not be quite as flashy as another update, codenamed Project NEON, which Microsoft is expected to have ready before the end of the year. We still don’t know much about Project NEON, but on Thursday, MSPoweruser got its hands on some conceptual images of the design overhaul.

MSPoweruser describes NEON as a “fairly minor update,” building upon the design that already pervades the Windows 10 platform. In other words, this won’t be anything like the leap from Windows 8 to Windows 8.1.

Instead, Microsoft will focus on cleaning up animations, simplifying the user interface and having a more consistent design language overall. The designers have even taken some cues from the Aero Glass design that was introduced in Windows Vista, some of which you can see in the following image: 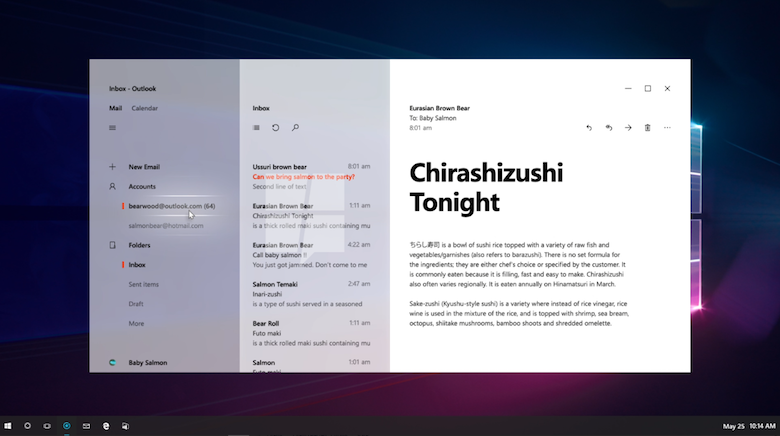 If you used Windows Vista or Windows 7, those glassy, see-through menus should bring back memories. It might not be as comprehensive, but Project NEON appears to be in the same vein as Android’s Material Design, which made the mobile platform more attractive and more cohesive all at once.

In addition to the UI improvements, NEON is also expected to build on interactivity between Windows 10 and the HoloLens headset, which is also a focal point of the Creators Update due out in the coming months.

Project NEON is expected to arrive later this year.

Tweet
The dumbest gadget trend of 2016 is already dead