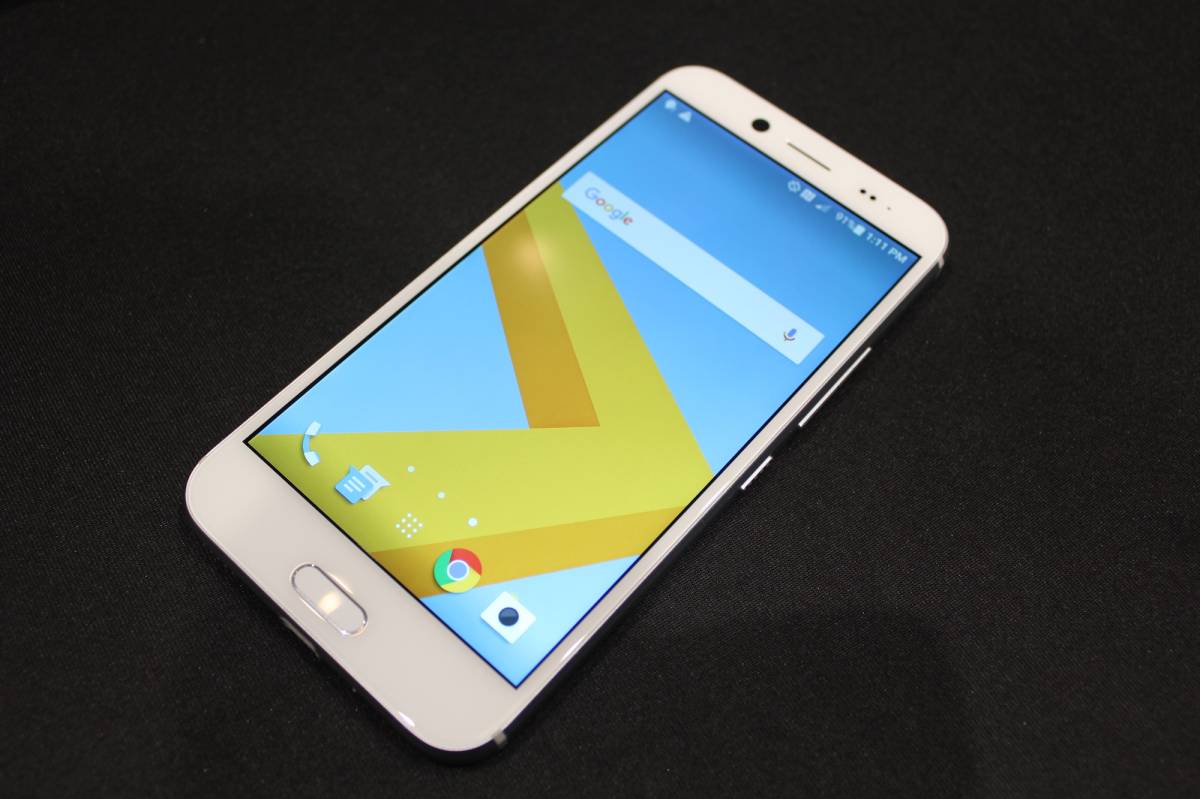 Considering just how many Android phones are released on a yearly basis, it’s not uncommon for us to question the viability of a vast majority of them. The latest phone to leave us scratching our heads is the HTC Bolt, which was both announced and released on Friday morning as a Sprint exclusive for $599.

So now that you know the HTC Bolt exists, you’re probably wondering what it looks like and what it does. Let’s start with the design of the new smartphone.

If you’ve ever seen or used an HTC 10, you’ll see a lot of familiar elements in the HTC Bolt. All of the physical buttons have been placed in the same spots, the large, circular camera sits smack in the middle of the top half of the back of the phone and the same antenna strips streak across the top and bottom of the Bolt. It’s also got a metal exterior (although the back of the phone has been flattened).

Many of the similarities end there, as the Bolt comes equipped with a larger 5.5-inch Super LCD display with 2560×1440 resolution, a 16-megapixel camera (suspiciously lacking the long-standing “UltraPixel” branding) and an IP57 water- and dust-resistant rating — all of which are improvements over the HTC 10. 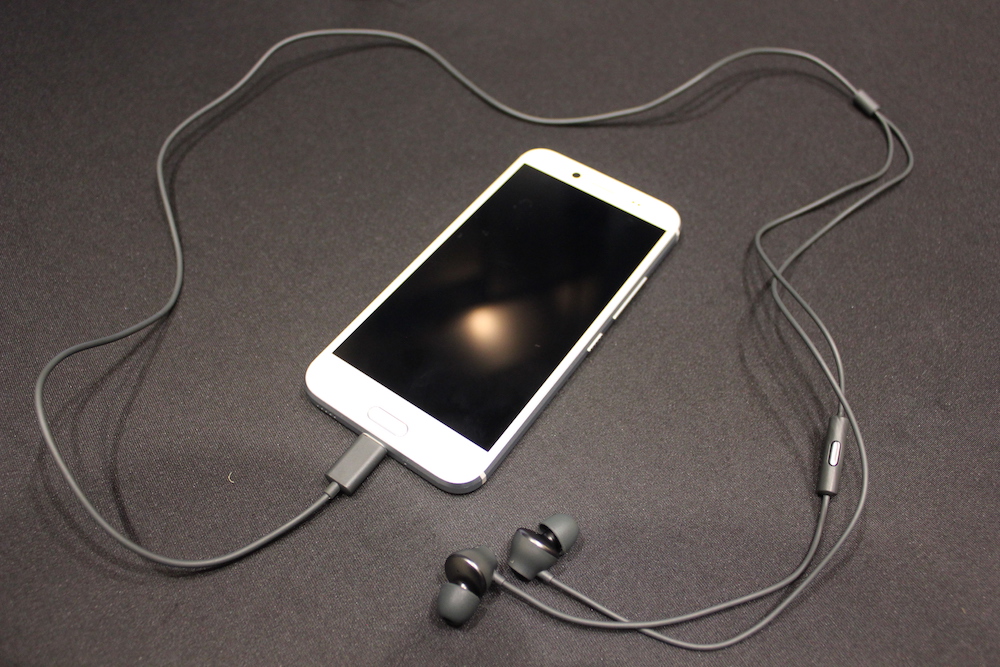 The elephant in the room is that the Bolt lacks a 3.5mm headphone jack. Instead, there’s just a single USB-C port at the bottom of the device that serves for both charging and accessory connections. In order to offset the shock of no headphone jack, HTC has included a set of USB-C earbuds in the box. While they aren’t the sleekest or sexiest headphones you’ll own, they are comfortable and don’t require an adapter. That said, HTC does plan on including a 3.5mm adapter in the box later this year (and will ship free adapters to customers who need or want them).

There are some significant changes internally as well. The Bolt features an octa-core Snapdragon 810 processor and 3GB of RAM, both downgrades from the HTC 10. That said, having spent some time with the phone over the past few days, I haven’t noticed any significant issues with speed or usability. In fact, the HTC Bolt (as the name implies) is about as snappy as any phone I’ve used this year.

Complementing the chipset is Android 7.0 Nougat, which thankfully comes pre-installed on the Bolt. While HTC has stripped away much of its Sense software suite in favor of a closer-to-stock version of Android, you’ll still find a tab dedicated to BlinkFeed on your Home screen. I think it’s time to retire BlinkFeed. 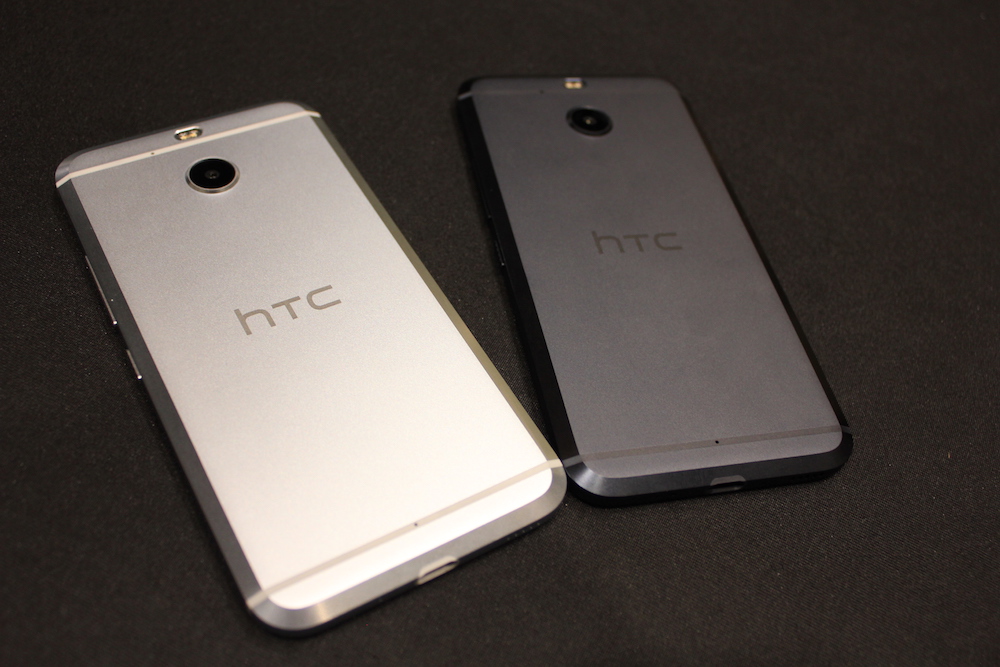 But HTC’s software isn’t all extraneous. The HTC Bolt is the first phone to feature the company’s HTC BoomSound Adaptive Audio, which instantly adjusts to your environment seconds after you plug in your headphones. Best of all, it all happens automatically, so you don’t have to fiddle around in menus.

But the reason that HTC partnered with Sprint (or one of the primary reasons, anyway) was to take advantage of the carrier’s LTE Plus network, which supports 3x20MHz carrier aggregation. In theory, this will give the Bolt speeds of up to 300Mb/s, but only customers in certain cities will see speeds like that.

After spending some time with the phone, I’m still struggling to understand to understand it. Although it features several notable and worthwhile improvements over the HTC 10, it’s not a major upgrade (especially internally). And with the holiday season coming up and Black Friday around the corner, who is looking to pay $599 for a brand new phone with last year’s hardware?

Either way, the HTC Bolt does indeed exist and is available to purchase from Sprint in stores and online today. Equipped with 32GB of internal storage, the Bolt comes in both Glacial Silver and Gunmetal colorways, and can be purchased on a 24 month installment plan for $25/month or $599 straight up.