America can still be great again 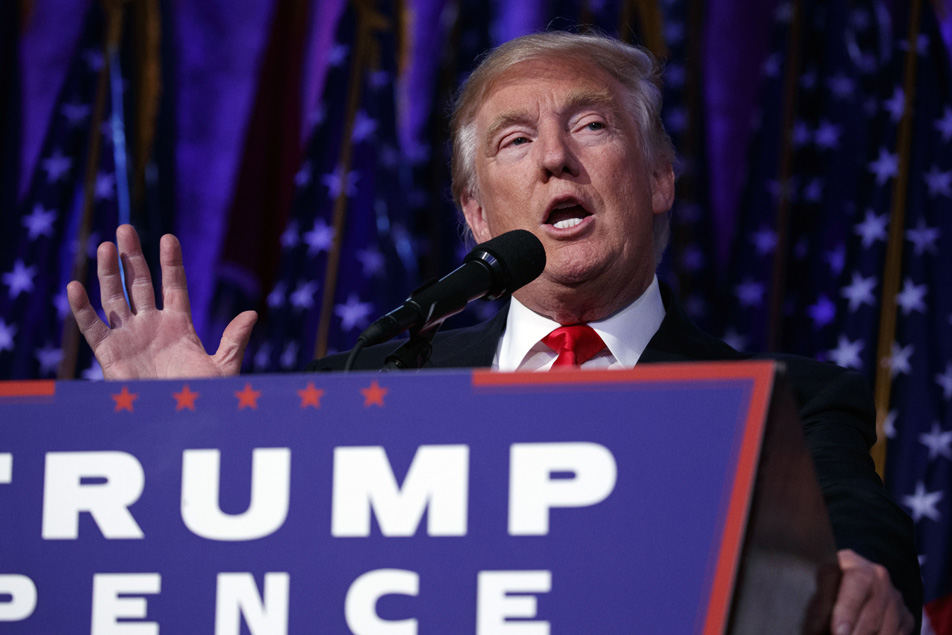 On November 8th, 2016, the people of the United States of America elected Donald Trump as their next President. Democratic candidate Hillary Clinton took the popular vote, but Trump managed to stun pundits by sweeping every key swing state needed to win the presidency. It was close, but it wasn’t close. So-called political experts and pollsters said it could never happen. They said it was impossible. But in the early hours of the morning on November 9th, Clinton conceded and Republican candidate Donald Trump was named the next President of the United States.

History has been made, an upset achieved, and the future is uncertain. Trump supporters are elated, and those who stood against him are gutted. The future hasn’t been this uncertain in decades. But America can still be great again.

I voted for Hillary Clinton. To be perfectly honest, it was less a vote for Clinton than it was a vote against Trump. He is reckless, he is careless, he is a misogynist, he is a bully, he is a xenophobe, and what little we know of his policies is misguided at best and horrifying at worst. As it became clear between midnight and 1:00AM EST last night that Trump had stolen the election, I turned way from my television in disgust and went to sleep disheartened and terrified.

But when I woke up this morning, a very different feeling washed over me. I felt good. This is an opportunity.

Trump won the presidency by being brazen and pushing all the right buttons. He didn’t campaign on policy, he campaigned on hatred. Hatred of Clinton. Hatred of Washington. Hatred of the status quo. Hatred of so many things. Tens of millions of people in this country feel forgotten and passed over, and he spoke directly to them — or at least, to a large portion of them.

When we elected President Clinton in 1992, we elected him seeking “change.” The same can be said of Bush in 2000 and Obama in 2008. Each of these presidents served two terms, and yet we sought change again. Change that never came.

This January, change is coming.

Due to the lack of substance offered during his campaign, we have no idea how Donald Trump will run this country. Trump is a leader by nature, having built an empire that bears his name. He is as experienced a leader in business as he is inexperienced in politics, but perhaps that’s not entirely a bad thing. After all, we so desperately wanted change.

We got too comfortable. Across much of the country, Generation X, Millennials (my generation) and Centennials have never known political oppression. They have never truly had to fight for anything. They are complacent, and they sat back and tweeted snarky jokes at each other while blue-collar America took action — and while Russia hacked our election.

About 112 million Americans voted in this election, the most important election in the recent history of our country. That is the lowest voter turnout since 2000.

Now, we may be faced with the first real political challenge of our lifetimes. Donald Trump will soon be our president. Republicans will hold the majority in the House and the Senate. If Trump acts on much of the rhetoric we have heard on the campaign trail — if he wasn’t just pushing buttons — our neighbors are at risk. Our friends are at risk. Our families are at risk. We are at risk. The spirit of our country is at risk.

For decades now, young Americans have been on cruise control. There was a time, before I was alive and before many people reading this were alive, when the American people truly had power in Washington. They fought hard for what they believed in and they had influence. They worked hard to enact change.

We have never had to work hard in this regard. Our parents paved the way so we would have better lives, but in doing so they left us ill prepared. Now, young Americans had better prepare themselves.

Donald Trump is a deeply flawed man, but he is a smart man. He is a businessman and he has been a leader for decades. His victory speech, which you can watch and read here, was a good speech with a very different tone compared to what we’ve seen and heard before from Mr. Trump. He spoke of unity and of this country’s potential. Maybe this is the real Trump. Perhaps the rhetoric was just that, and he will lead this nation with a much more level head than we have seen thus far.

If not, lazy generations in this country will face a choice that will impact our future for decades. They can either remain complacent and sit back while hate and fear sweep the country, directly impacting their neighbors, friends and loved ones. Or they can empower themselves.They can put down their smartphones, stand up, and take action to truly make America great again. They can be the change sought so desperately by so many.