Just hours after the special demo version of Pokemon Sun and Moon launched on the Nintendo 3DS eShop, hackers began digging through the demo’s files to see if they could find any new information that hadn’t been revealed yet.

Well, it turns out that Game Freak didn’t do a very good job of scrubbing the files, because virtually every unannounced Pokemon, including the final evolutions of the starters, has been leaked online as of Tuesday morning.

If you don’t want to have the entire Sun and Moon Pokedex spoiled for yourself, turn away now. I’ll even drop a video here so you won’t accidentally see any leaked Pokemon. Here’s Nintendo’s preview video for the demo:

If you’ve scrolled this far, you must want to see the new Pokemon that you’ll be encountering in the Alola Region. Twitter user @ProfShroomish has gone to the trouble of collecting all of the creatures we know about so far into a single post, which we’ve embedded below. Just click on the arrows to see all of the new Pokemon, the Ultra Beasts, the Legendaries and more.

A vast majority of the leaks are contained within that gallery, but there were a few that didn’t make the list. The most important omission has to be Pikachu wearing a bunch of hats, which may or may not be important, but is definitely cute: 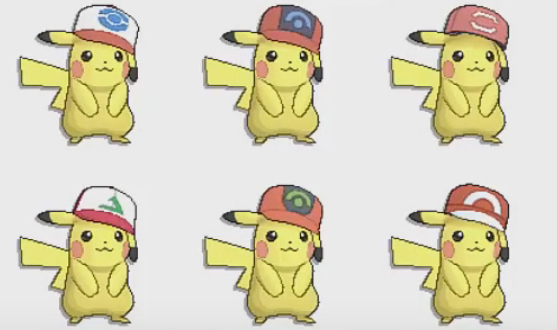 YouTube user Kaphotics also shared a video featuring a ton of shiny sprites, which are rare versions of Sun and Moon Pokemon with different color schemes:

Considering how much these hackers were able to discover within hours of the demo launching on the eShop, there’s a good chance that the entire game will be spoiled before it actually launches next month. If you want to save a few surprises for when you actually get the game, it might be time to unplug.