Google just introduced a great new feature to Google Maps, but unless you’re a high-ranking member of the Local Guides community, you’re going to have to wait quite a while before you can get your hands on it.

According to Droid Life, Google introduced lists to the Google Maps beta this week. With the new feature, Maps users will be able to create lists of locations in the Your places section by tapping on the “+” symbol at the bottom of the screen.

In order to get you started, Google has included three lists from the get-go: Favorites, Want to go and Starred places. These lists and any lists you add will appear from now on any time that you tap on the Save button while viewing a location on the app. Choose one and the location will be added to that list.

Here are a few images of the lists feature from Droid Life: 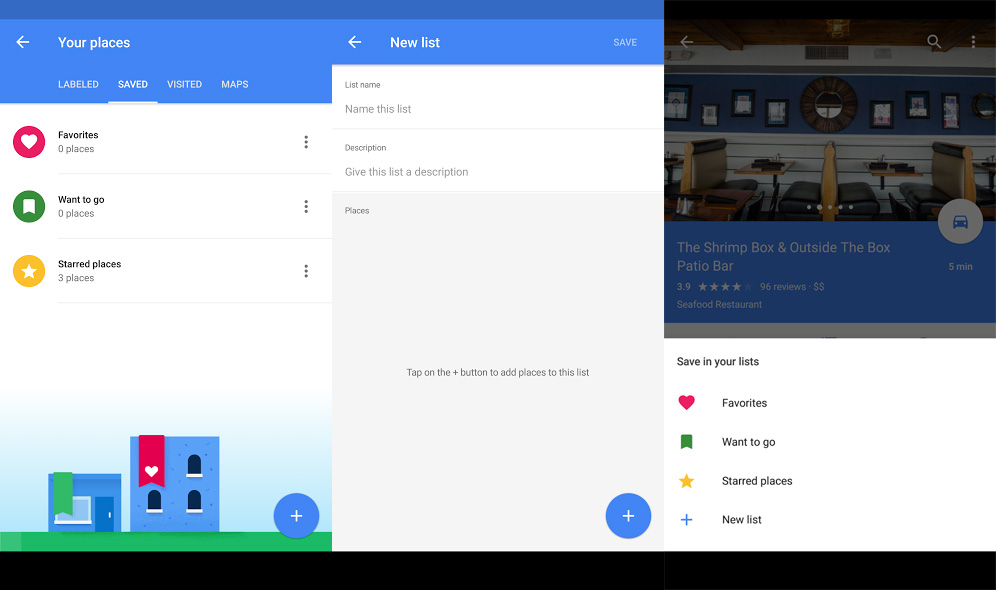 Only Google Local Guides at level 4 or higher have been given access to the feature, and based on the invite they received, regular Google Maps users won’t see lists any time soon: “We’re rolling out lists to Level 4+ Local Guides on Google Maps for Android over the next week – months before we launch to the public,” Google explained to those invited. Hopefully we see lists before the end of the year.