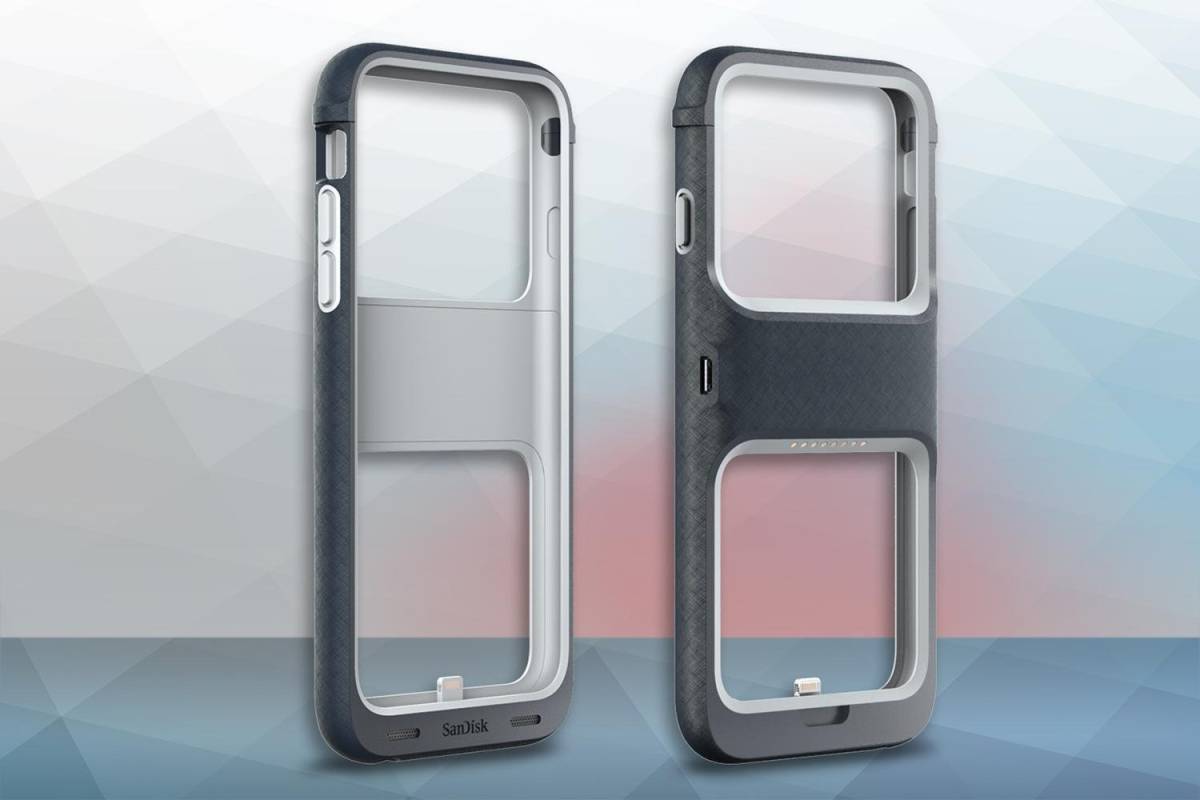 How would you like to protect your iPhone while simultaneously expanding its storage capacity by up to 128GB? That’s exactly what SanDisk is going to let you do with its new iXpand Memory Case for iPhone 6 and iPhone 6s.

SanDisk first introduced Lightning flash drives for the iPhone back in 2014, but completely overhauled the design of the accessory earlier this year. It was a significant improvement over the relatively bulky device from years prior, but it still wasn’t the perfect solution for everyone in need of additional storage.

The iXpand Memory Case is a far more practical product:

Every smartphone needs a case, so why not get a case with some added functionality? That appears to be the play here, as SanDisk is offering three different versions of the case: 32GB for $59.99, 64GB for $99.99 and 128GB for $129.99. The cases are available in four different color varieties as well: blue, grey, red and teal.

If you want to make the iXpand case even more useful, you can purchase an optional add-on battery pack as well, which appears to be significantly less bulky than some of the other, less attractive options on the market.

Another added benefit of the iXpand case is it comes with its own SanDisk iXpand Memory Case app, which will automatically organize all of your content into photos, videos and music, allow you to manage your storage right from your phone and even track the battery pack, providing you attach it to your case.

The new iXpand case from SanDis is already available for purchase on Amazon.