Hands on with Lenovo’s PHAB2 Pro, the phone that brings Project Tango to life 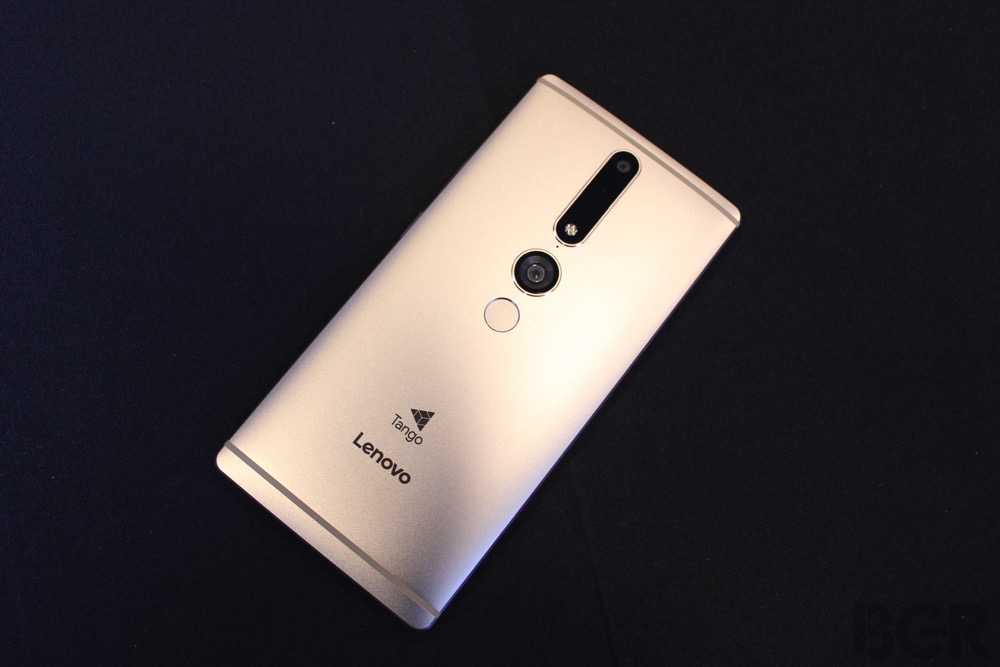 It’s not often that a smartphone surprises me any more.

I’ve been writing for BGR for nearly three years now, and in that span, I’ve seen more smartphones than I can count. They all begin to blend together eventually, but every once in a while, one will stand out from the crowd.

Lenovo’s PHAB2 Pro is one of those phones.

DON’T MISS: Lenovo’s new Tango phone might be the smartest smartphone on the market

As the world’s first Tango-enabled phone to reach the market, the PHAB2 Pro carries a heavy weight on its shoulders. Not only does it need to work flawlessly, but it also has to prove that we need Tango phones in the first place.

After spending half an hour with the phone, I’m still not entirely convinced by its utility, but the potential use cases for the technology are undeniably exciting.

The very first demo I played with allowed me to place furniture around the room in order to see what it would look like and whether or not it would fit. Because Tango has a firm grasp on its surroundings, it can detect the floors and the walls, slotting a couch into a corner without accidentally jamming it through the wall.

You can then adjust the couch (or bookshelf or coffee table) as you see fit, and even customize the color to something that suits your room better.

Next, I tried an alien invasion game which placed me in a virtual world inside the phone that I could move around in by actually standing up and navigating around the real-world room I was in. I could duck around corners and run from enemies, which made me feel slightly foolish, but worked remarkably well (especially for what looked like a relatively early and unpolished demo).

Other demos were more playful, letting me place dinosaurs on the table and spin them around or turning the room into a star-filled scene from space, and other than a few hiccups, the Tango tech worked consistently.

As for the phone itself, Lenovo needed plenty of room to pack in all of the sensors and cameras required to make Tango work. With its 6.4-inch display, the PHAB2 Pro is immediately one of the largest phones on the market, more deserving of the phablet name than anything Apple or Samsung have to offer.

But despite its size, the phone is comfortable to hold. It’s not going to slide into your pocket quite as easily as an iPhone 6, but even if size is an issue, it’s still a solidly built phone with a metal chassis and 2.5D glass display.

In other words, this is a true Android flagship.

Lenovo says that the PHAB2 Pro will cost $499 at launch. The phone will be available globally this September and will reach the US before the end of the year.