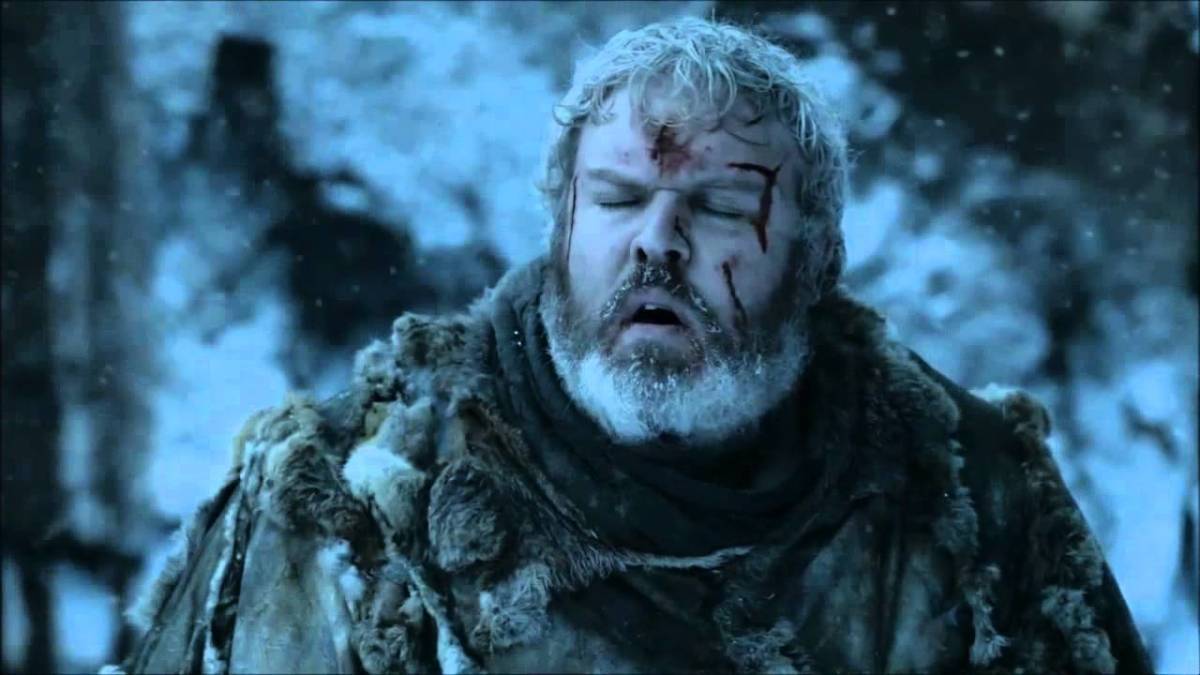 Many people saw the fifth episode of Game of Thrones hours before it even hit HBO or HBO Now, because HBO Nordic managed to leak it online. But no matter how you watched last night’s episode, one thing is clear: we’re looking at one of the pivotal episodes of the season, and it answered more questions than any other episode so far this season. In addition, we get the heartbreaking explanation of Hodor’s name. But before we can delve into all that, we’ll remind you that major spoilers follow below, so proceed with caution if you haven’t watched the episode yet.

Titled “The Door,” the new episode makes it official: Sansa is one of the characters to fear. She’s grown, and you can see that. All the terrible things that happened to her in the past have made her a stronger woman and she’s not afraid to give Lord Baelish all the details of how Ramsay abused her, making it clear that she blames Baelish for everything.

“He did what he liked with the rest of me, as long as I could still give him an heir,” she says at one point. She could easily order Baelish killed and Brienne would have a field day with him. But it’s equally apparent that Baelish loves her, just like he loved her mother, and would probably die without putting up a fight.

Sansa sees that but she understands that his knowledge and talents could be useful to her in the future. In fact, she uses information Baelish gives up in the early encounter in a war room with Jon Snow and Ser Davos, providing information that could be vital for the attack on the north. Wisely, she does not tell them it’s Baelish who came forward with the information, which shows us that she has learned one more important thing: You never know who to trust in the Seven Kingdoms, not even your half-brother.

Arya, meanwhile, is still training to become no one. In the process, she must kill an actress who’s part of a play that mocking the death of her father. Ned Stark is portrayed as a buffoon in the play, and Arya is made to watch the comical portrayal of Ned Stark’s death.

Elsewhere Westeros, we have the Kingsmoot “election,” where Yara makes her claim and receives strong support from Theon. The sexist men of the Iron Islands are actually about to accept a woman to lead them, but Euron Greyjoys arrives. He admits to having killed his brother Balon and comes forward with a daring proposal. He wants to make the biggest fleet ever and bring it to Daenerys, who would marry him in return. Euron is the winner, but Yara and Theon leave the islands and take some of the fleet’s best ships.

Dany comes to the realization that Ser Jorah is a resource worth having around. She learns of his greyscale disease, but instead of dismissing him she orders him to find a cure and then rejoin her.

Tyrion and Varys have to find a way to sell the deal they made in the previous episode. The masses have to accept slavery for seven more years, and that’s where the services of the High Red Priestess from Volantis may be needed. She hints that there are things Varys doesn’t know about the world, no matter how knowledgeable he is, and we’re curious to learn more about this new Melisandre.

But it’s Bran’s curiosity that brings up the best part of last night’s episode. He’s so eager to probe the past that he ventures back there. That’s where he finds out that the Children of the Forest sacrificed a man in a magical ritual. After his death, the man’s eyes turn blue in what’s the most shocking revelation of the season. We find out that the Children created the White Walkers to fight against men who were taking their land. But the walkers turned into a more terrible threat than anyone could have envisioned.

Bran goes back in time without the supervision of the Three-Eyed Raven, and that’s when he sees the Night King and White Walkers gearing for war. But they can see him as well, even though he’s not really there. The king touches his arm, effectively marking his location for a fierce attack on Three-Eyed Raven.

Bran, Hodor and Meera escape, making it through a door that even Hodor had trouble opening – as this happens, the Night King kills the Three-Eyed Raven, whose place must be taken by an unprepared Bran.

It’s here that Bran has the heartbreaking vision of Wylis, which was Hodor’s name when he was younger. He sees Wylis going into some sort of seizure as a teenager. The boy repeatedly screams “HOLD THE DOOR!” echoing what Meera is saying in the present. The seizure fades, as the words turn slowly into “Hold Door” and then “Hodor.”

In the present, the old Hodor is killed by walkers, just as Meera and Bran disappear into the storm. For all these years, Hodor’s mind kept this disturbingly dark secret about his death.