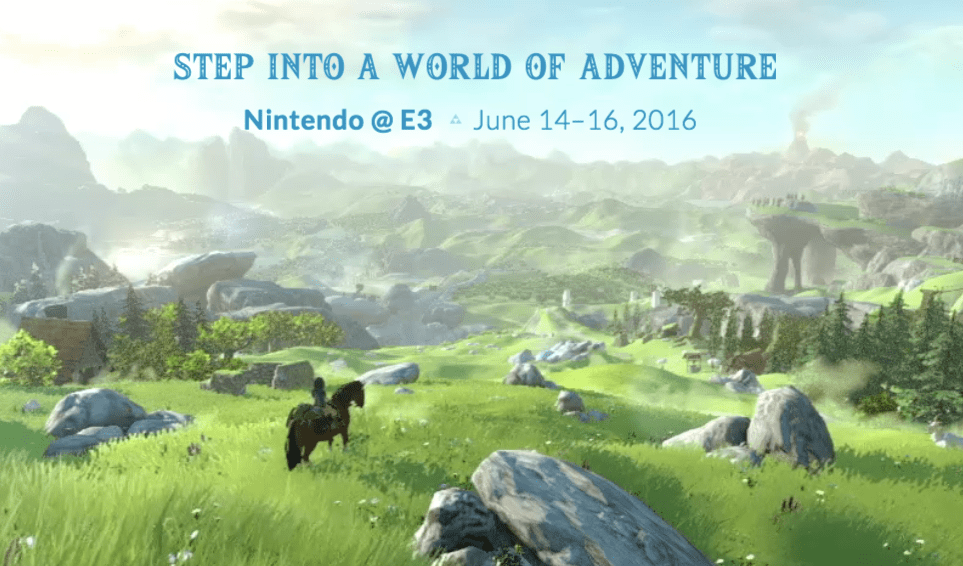 Last week, Nintendo dropped a bombshell when it announced that it would only bring one playable game to E3 2016. In previous years, Nintendo has had dozens of demo stations for upcoming 3DS and Wii U games, but this year, The Legend of Zelda for Wii U will be the only Nintendo game on the show floor.

PREVIOUSLY: Xbox E3 2016 plans have been revealed – here’s everything you need to know

“At E3 this year, we’re treating people to an immersive Zelda experience,” said Scott Moffitt, Nintendo of America’s Executive Vice President of Sales & Marketing. “By giving attendees extended hands-on time with this remarkable game, they’ll be able to get a much deeper understanding of something new for the franchise.”

Furthermore, Nintendo is taking a break from the Digital Event that had replaced its live keynote address in favor of a Zelda live stream.

According to a press release sent out this week, Nintendo will host a day of live-streamed gameplay from the new Zelda on Tuesday, June 14th beginning at 9 a.m. PT. The stream will be hosted by Nintendo of America president Reggie Fils-Aime, will feature commentary from Nintendo developers and will be hosted on Nintendo’s YouTube channel, Twitch channel and at e3.nintendo.com.

Finally, Nintendo is giving one lucky fan (and a companion) a chance to be flown out to E3 to play Zelda along with the rest of the E3 attendees. Anyone who tweets @NintendoAmerica a note about what The Legend of Zelda series means to them while using the hashtags #MyZeldaLegend and #NintendoSweepstakes will be entered for a chance to win. You can check out the details of the competition at e3.nintendo.com.