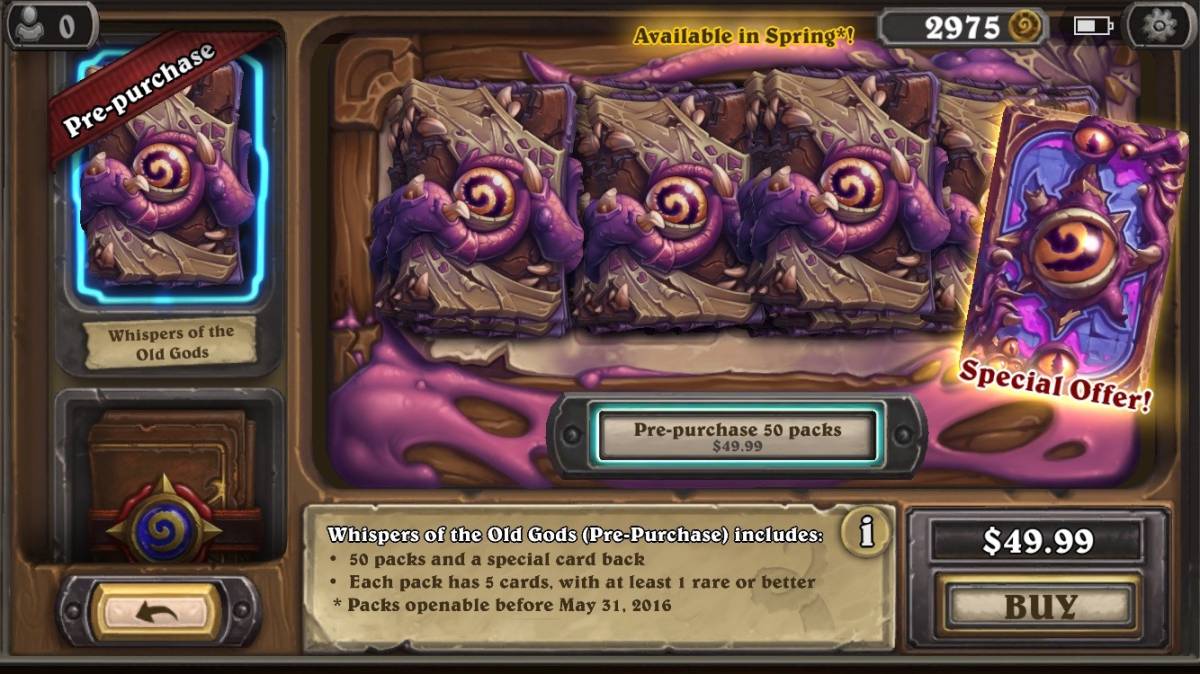 During a recent live stream, Hearthstone lead designer Ben Brode revealed that players will be able to collect 13 free packs just by logging in and playing the game after the expansion launches on Tuesday afternoon.

First off, just by logging in during the launch event (which will likely last a few weeks), players will immediately be treated to three packs as well as a legendary C’Thun card and two Beckoner of Evil cultist cards which interact with C’Thun. That’s eighteen free cards before you’ve even clicked a button.

After that, every player will receive two quests, each of which reward five packs a piece. The first quest requires players to win two games in Hearthstone’s new Standard format, which bans cards from the Curse of Naxxramas adventure and the Goblins vs Gnomes expansion. Once you’ve won two games, you’ll receive a second quest requiring you to win seven more games.

Splitting the player base into two separate formats (Standard and Wild) might be jarring, but rewarding them with free packs should make the transition easier.