7 technology products that were mercifully killed in 2015 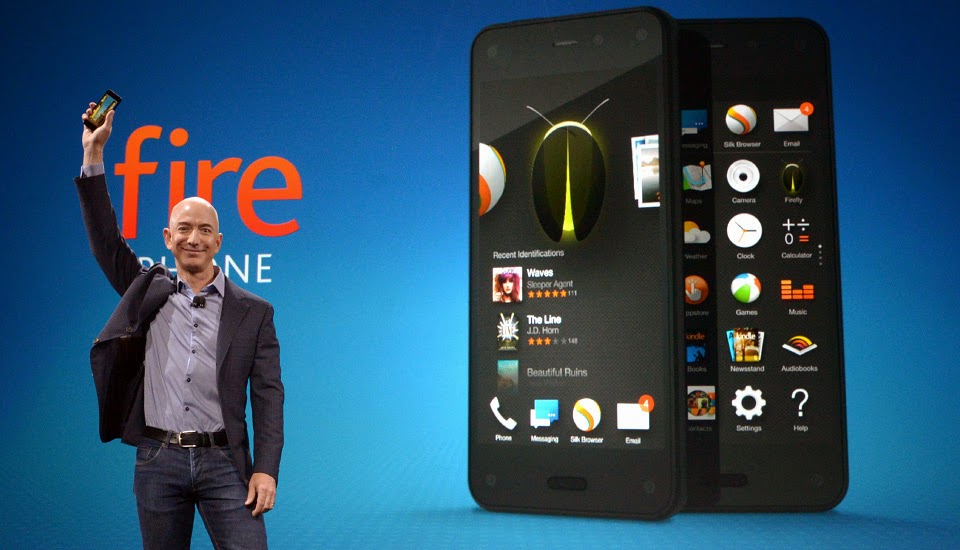 Out with the old and in with the new is a rather appropriate phrase to describe the fast-paced and hyper-competitive world of consumer electronics. With each passing year, new products are introduced while underperforming products and services are unceremoniously tossed aside, destined to be forgotten.

With 2016 right around the corner, we decided to run down a few of the more notable technologies and products that were abruptly killed off in 2015.

Ah, Amazon’s Fire Phone. Originally introduced in 2014, Amazon’s Fire Phone was destined to be a flop from the moment Jeff Bezos unveiled it on stage. Packed with a number of features that no one had any desire for, it hardly came as a shock that the Fire Phone didn’t resonate with consumers.

Not surprisingly, Amazon quickly and dramatically slashed the price of the Fire Phone shortly after its release. This past September, Amazon mercifully announced that they’d no longer be selling the device.

For a good laugh, check out one of Amazon’s promotional videos for the device.

While Adobe isn’t completely doing away with Flash, it decided to rebrand Flash Professional CC as Animate CC. So while the company’s Flash content creation tools are still around, Adobe this year firmly signaled its intention to provide developers with more serious HTML5 tools. In short, 2015 is the year that Adobe Flash’s demise was put into overdrive.

Flash of course has been slowly dying for some time now, thanks in part to Apple’s longstanding reluctance to support the technology on its line of iOS devices. Going forward, Adobe said that it wants to “encourage content creators to build with new web standards.” Translation? Even Adobe knows that it’s an HTML5 world.

Remember Google+? No? Well we can’t really blame you. From its inception, Google’s effort to take on Facebook with its own offering was a completely misguided mess.

Over the past few years, Google tried valiantly to force users to use Google+. The public was unimpressed, if not downright annoyed. By July of 2015, Google finally, and thankfully, came to its senses; whereas Google once required that users possess Google+ accounts in order to use any one of Google’s many services, that requirement was lifted just a few months ago.

People have told us that accessing all of their Google stuff with one account makes life a whole lot easier. But we’ve also heard that it doesn’t make sense for your Google+ profile to be your identity in all the other Google products you use.

So in the coming months, a Google Account will be all you’ll need to share content, communicate with contacts, create a YouTube channel and more, all across Google. YouTube will be one of the first products to make this change, and you can learn more on their blog. As always, your underlying Google Account won’t be searchable or followable, unlike public Google+ profiles. And for people who already created Google+ profiles but don’t plan to use Google+ itself, we’ll offer better options for managing and removing those public profiles.

For a fascinating deep dive into the many failures of Google+, make sure to check out this great longform piece from Mashable.

Curiously, Sony in November of 2015 announced that it would stop manufacturing Betamax videotapes, an announcement which caught most everyone by surprise because, well, who knew that the Betamax was even still around in 2015?

Well, as it turns out, Sony still manufactured and sold Betamax tapes in Japan, though it stopped selling actual players there about 13 years ago. Originally introduced in 1975, the Betamax had a good 40-year run that saw more than 18 million units sold.

As a personal anecdote, a friend of mine in the late 90s managed to get his hands on an old Sony Betamax player from the early 80s. Just 5 minutes in, I was immediately blown away by how much more user-friendly it was than the traditional VHS players I was accustomed to. Indeed, the famed Betamax vs. VHS battle that took place about three decades ago underscores that superior technology doesn’t always win out.

Ah, the iPhone 5c, the colorful and vibrant plastic cousin to Apple’s more serious and aluminum-based iPhone models. Originally introduced in 2013 alongside the iPhone 5s, the iPhone 5c was a lower cost iPhone that lacked features like Touch ID and the company’s latest hardware technologies.

As it turns out, the iPhone 5c didn’t really strike a chord with consumers. While Apple doesn’t break down sales across varying iPhone models, Tim Cook said in January of 2014 that demand for the iPhone 5c wasn’t as high as Apple initially anticipated.

In any event, Apple silently killed off the iPhone 5c this past September when it released its new iPhone 6s models.

Grooveshark, a once popular music streaming service, closed its doors this past May in the face of a huge copyright infringement lawsuit it was battling and was perhaps unlikely to win. The crux of the problem was that Grooveshark allowed users to upload copyrighted songs for playback, thus prompting a slew of lawsuits from the likes of EMI Music Publishing, Warner Music Group, and Sony. At its peak, the popular service had amassed a monthly userbase of approximately 35 million users.

Much like with the Sony Betamax, you might be wondering: Microsoft’s Zune was still around in 2015? Just last month, Microsoft finally killed off its Zune music streaming and download service. The Zune brand got a lot of flack in its day – both from a hardware and software perspective – but with the benefit of hindsight it’s hard to argue that Microsoft wasn’t way ahead of the curve with respect to music streaming.