Cards Against Humanity has made over $40,000 selling nothing for Black Friday 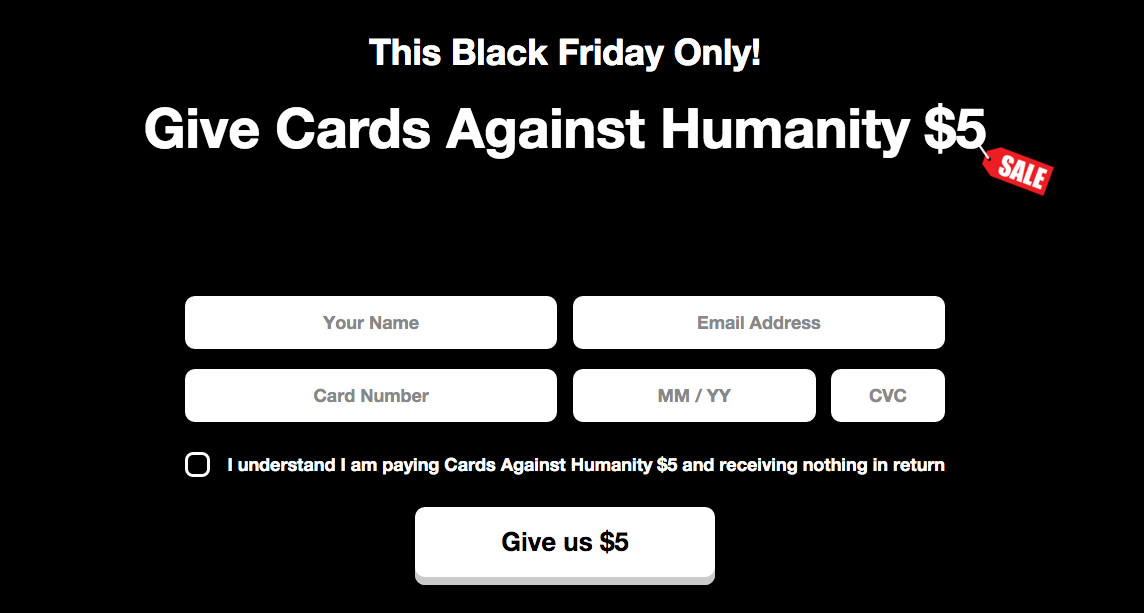