‘Uncharted 4’ finally has a release date 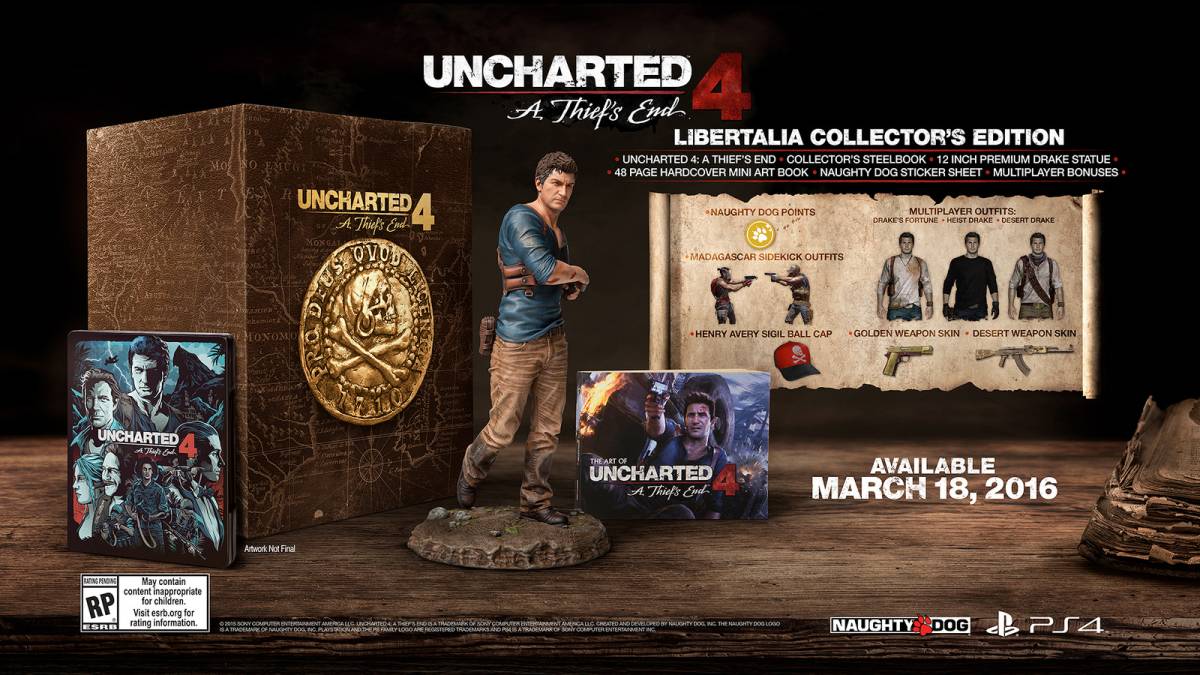 The list of PlayStation 4 exclusives for the remainder of 2015 is worryingly slim, but gamers will be pleased to know that the elusive Uncharted 4 finally has a release date. Sony announced on Monday that Uncharted 4: A Thief’s End will launch on March 18th, 2016, along with a variety of limited edition packages.

READ MORE: Video reveals how claw machines are rigged to steal your money

First up is the Special Edition, which will retail for $79.99 and comes packaged with a collectable steelbook case, a 48-page hardcover art book, a Naughty Dog & Pirate Sigil sticker sheet and some in-game currency to unlock multiplayer goodies.

The Libertalia Collector’s Edition comes with everything mentioned above as well as a 12-inch Nathan Drake statue, three multiplayer outfits, two weapon skins, a Henry Avery Sigil ball cap and Madagascar Sidekick outfits. This one will run you a hefty $119.99, but I’ve gotta admit, the statue does look pretty rad.

Finally, if you don’t want any of that junk taking up space in your home, you can grab the Digital Deluxe Edition from the PlayStation Store, which features a digital copy of the game, two multiplayer customization items and something called the Uncharted 4 Triple Pack (which can also be purchased separately). Here’s what that is:

“Includes future access to the first-ever, single-player story add-on for the Uncharted series and two multiplayer packs that will unlock new, rare and legendary multiplayer items.”

I refuse to recount any additional retailer exclusivity nonsense, but in summation, you can buy Uncharted 4 on March 18th, 2016. You can also spend over $100 on it, if that’s your thing.