Innovation of the week: Watch this flexible phone control apps as it bends 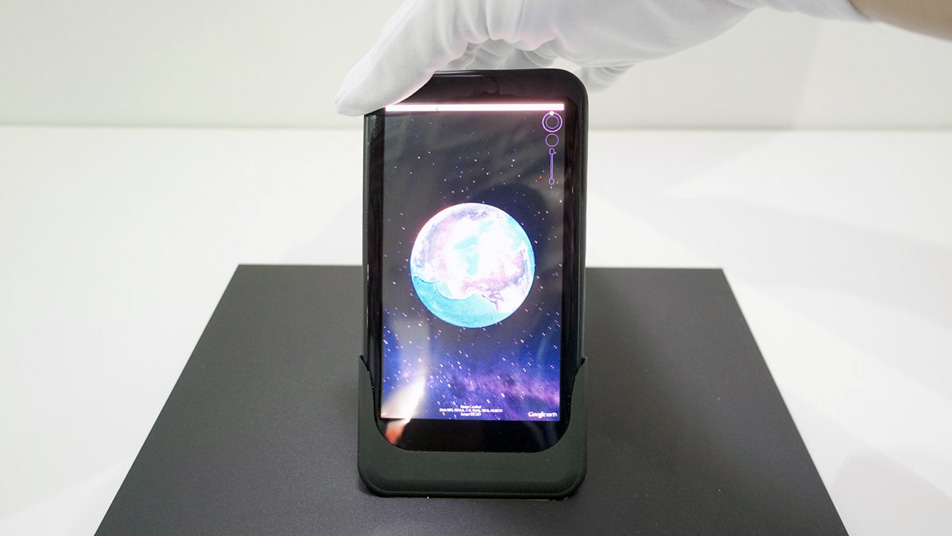 In 2013, Samsung launched the Galaxy Round smartphone with a flexible display… though the phone really didn’t have any legitimate reason to exist. As we’ve seen happen a few times in the years since Samsung first entered the smartphone market, the company created a consumer device that included new technology it had been developing, but the company didn’t bother to first determine how that new technology might be made useful.

We’ve seen a few phones with flexible displays launch since then, the most recent among them being the Galaxy S6 edge and Galaxy S6 edge plus. Of course, while curved edges on a smartphone display supply a great differentiated look, they don’t offer much utility.

Now, however, there’s a phone that bends with purpose.

MUST READ: Does the iPhone have a bloatware problem?

But AUO wants users to bend its new phone. In fact, bending the phone is an integral part of the user experience.

This AUO prototype is hardly ready for primetime, but it’s a pretty novel concept. As you can see in the animation above, bending the phone in different spots actually sends commands that can be used to control apps.

In the case of the software used in this demonstration, bending the phone away from the user zooms in, bending it toward the user zooms out, and bending a corner causes the screen to pan in that direction.

The concept is quite cool, especially in a world where a phone is a phone is a phone. Does this new functionality really add something of value to the user experience? That might be up to AUO, other companies with flexible display technology, and third-party app developers to determine.