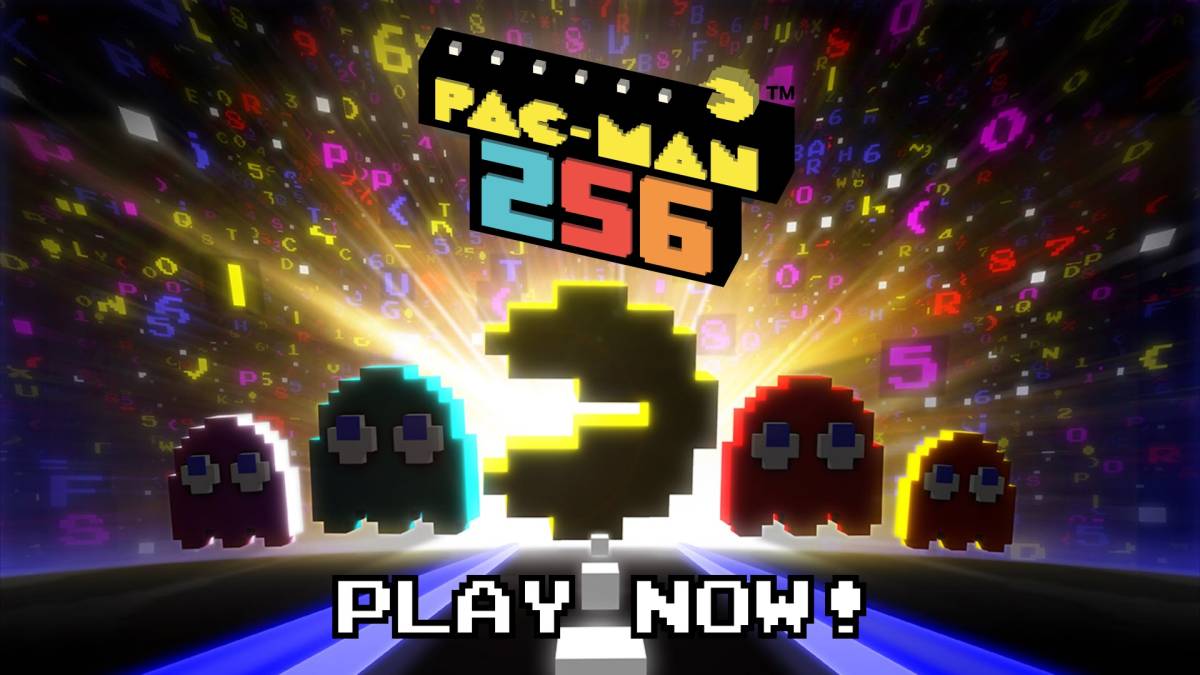 As mobile app stores have become increasingly crowded, it’s been more and more difficult for developers to grab the attention of smartphone and tablet owners. A game really has to stand out to give curious shoppers a reason to download, even if the game’s free, but developer Hipster Whale blew away everyone’s expectations with the release of Crossy Road late last year.

The Frogger-inspired endless runner garnered millions of downloads as players obsessively jumped over roads, lakes and train tracks in order to unlock dozens of cute characters. It was a smash hit, so how could Hipster Whale possibly follow it up?

Available now on the App Store, Google Play and Amazon, Pac-Man 256 is yet another endless runner, but set in the world of a glitched-out Pac-Man arcade machine. Your job is to swipe Pac-Man through an endless maze of ghosts and power pellets while avoiding the encroaching glitch-apocalypse at the bottom of the screen.

As you play, you’ll unlock power-ups like Freeze and Laser that will appear throughout the level. Pick them up to take out or slow down ghosts that get in your way.

The second I got my hands on it this morning, I knew I should have waited until the end of the day to download it. If possible, it’s even more addictive than its predecessor, Crossy Road, and I think it’ll stay on my iPhone for months to come.