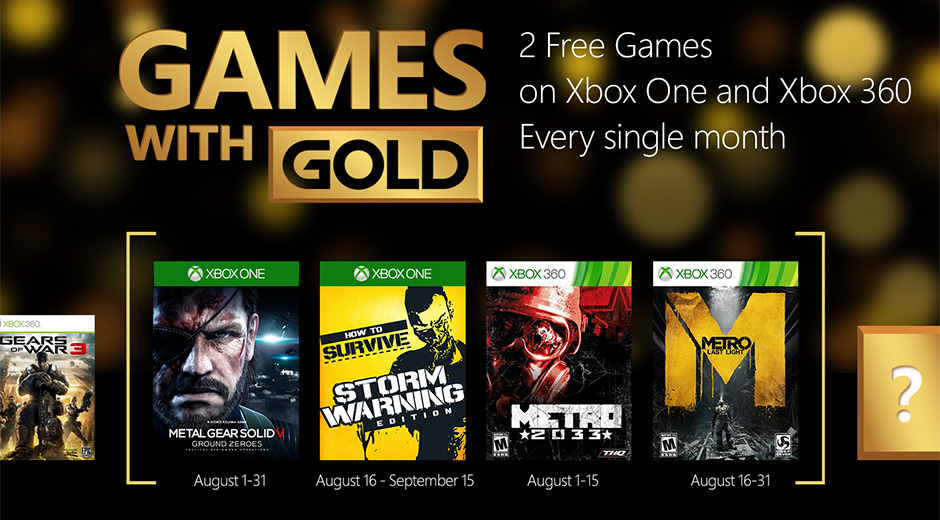 Last month, Microsoft improved its Games with Gold program dramatically by giving Xbox One owners an additional free game to download every month. Xbox has always been a step behind PlayStation when it comes to rewarding subscribers of its pay-to-play online service, but this addition brings Games with Gold and PS Plus much closer to parity.

READ MORE: These are the Xbox 360 games we’re most excited to replay on Xbox One

Similar to last month, Microsoft is offering a triple-A title and a smaller, independent game on Xbox One. The big free game in the month of August is Metal Gear Solid V: Ground Zeroes, so for any of you who were jealous that PS4 owners got the game for free back in June, now you can get the game yourself.

Xbox 360 owners are getting a great bargain as well: the entire Metro series free of charge.

How to Survive: Storm Warning Edition (Xbox One)

There you have it: Games with Gold for the month of August. Remember, you still have a couple of days left to download July’s games, so if you haven’t jumped on the Xbox Games Store yet, be sure to do so soon.