iOS 9: All the best new features and additions we’ve discovered so far 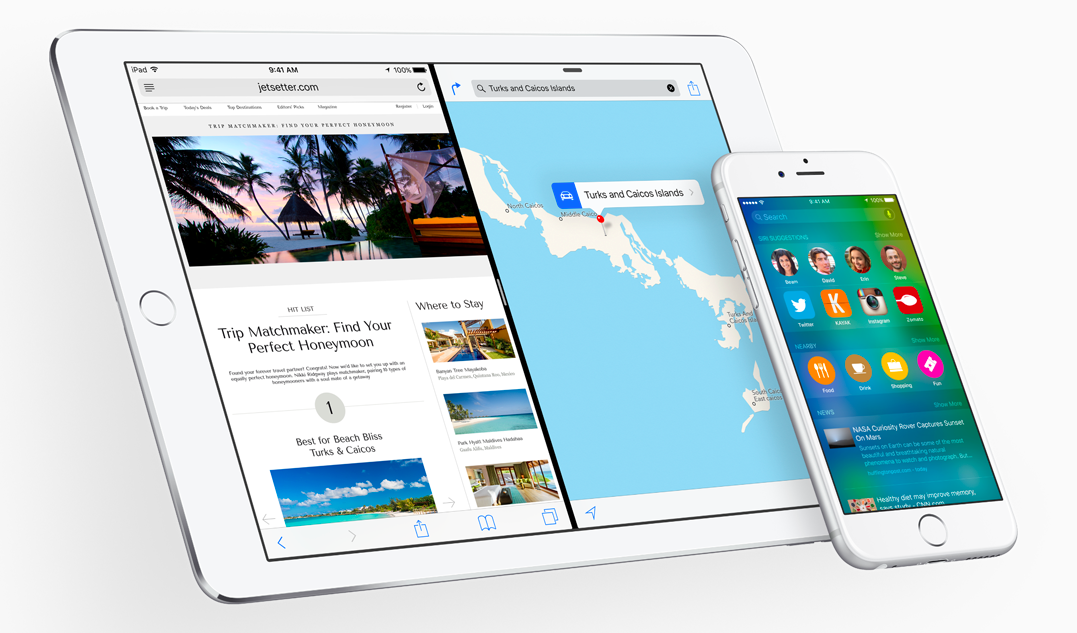 Now that we’re a few weeks out from the release of iOS 8.4, it’s time to look ahead to the future of Apple’s mobile operating system. Back in June, Apple unveiled iOS 9 and announced that the update would begin rolling out to the public in the fall. Since then, we’ve seen four beta releases and the launch of a public beta.

As you might recall, Apple issued six separate beta releases for iOS 8, the last of which dropped in August — a month before the final public launch of the software. Providing Apple is working on a similar timeline in 2015, we’ve likely seen most of what the company has to offer in iOS 9 already, so we’re going to take this opportunity to round up all of the most interesting features we’ve discovered since the first beta rolled out in early June.

This is not a completely comprehensive list of additions, but it should give you a general idea of what to expect from iOS 9:

One of the primary focuses of the keynote at WWDC 2015 was the future of Siri. On iOS 9, the new, proactive Siri has been given a design overhaul to mirror that of the Apple Watch. Siri is also able to understand contextual suggestions, so if you receive a text from a friend about dinner, you can ask Siri to “remind me about this later,” and it will understand what “this” is. You will also be able use one of Siri’s voices for Voiceover and mute Siri’s voice altogether while your device is on silent.

iOS users have traditionally had mixed reactions to the first-party apps that Apple places on their home screens following major updates, but it’s something than iPhone and iPad users are going to have to get used to. Once you update to iOS 9, you will find a News app with stories from some of the web’s most visited sources. You can customize the news you see for a more personal experience.

Apple has also built a dedicated app for iCloud Drive, which you’ll only be able see if you turn it on from the Settings menu. Within the iCloud Drive app, you can access files stored in the cloud. The Notes and Podcasts apps have also been revamped, and Find My Friends and Find My iPhone are both default apps now as well.

Every time Apple updates the iPhone, users are terrified that the battery life is going to take another hit. It looks like Apple has taken those fears to heart, as an entire Battery menu has been added to the Settings app in iOS 9. From this menu, you’ll be able to activate the new Low Power Mode, which “reduces performance and networking activity to extend battery life.” You can also sort apps to see which are depleting your battery the fastest.

With all the options available on the App Store, Safari might not be your default browser any more, but if it is, you’re going to see some notable changes in iOS 9. First and foremost, Apple has made it easier than ever for developers to build content blockers for the browser. This might help us avoid those annoying pop-ups that open the App Store, but in addition to content blockers, iOS 9 will also include a new back button at the top left corner of the screen so that you can return to the previous app without having to open the app switcher.

Personally, I haven’t been a big fan of anything Apple has done to the Photos app since iOS 8 rolled out last year, but more improvements are just around the corner. As the company showed off at WWDC, a new photo scroll will appear at the bottom of the screen when we view photos on our devices so that we can quickly flit between photos without having to go back and forth through menus. In beta 3, Apple also added two new folders for selfies and screenshots.

One of the most interesting features that developers have discovered throughout the iOS 9 betas is that Apple is now temporarily deleting apps for users who want to update their phones, but don’t have enough storage space. All of your data will be saved and the device will ask permission, but it should alleviate one of the most frustrating issues for any 16GB iPhone owner.

Last but certainly not least, iOS 9 is bringing genuine multitasking to the iPad for the very first time. Slide Over allows you to open another app on the right or left third of the display while freezing the active app; Split View gives you the ability to run two apps next to each other simultaneously (only on iPad 2); and Picture in Picture lets you minimize a video and drag it around as an overlay while using other apps.

These are just a few of the dozens of improvements and add-ons Apple is bringing to its mobile devices with iOS 9, but they’re the ones that have impressed us the most over the past several weeks. We’re sure to see at least a few more additions before the Gold Master makes its way to developers, so be sure to keep checking back in with BGR for more iOS news in the coming weeks.