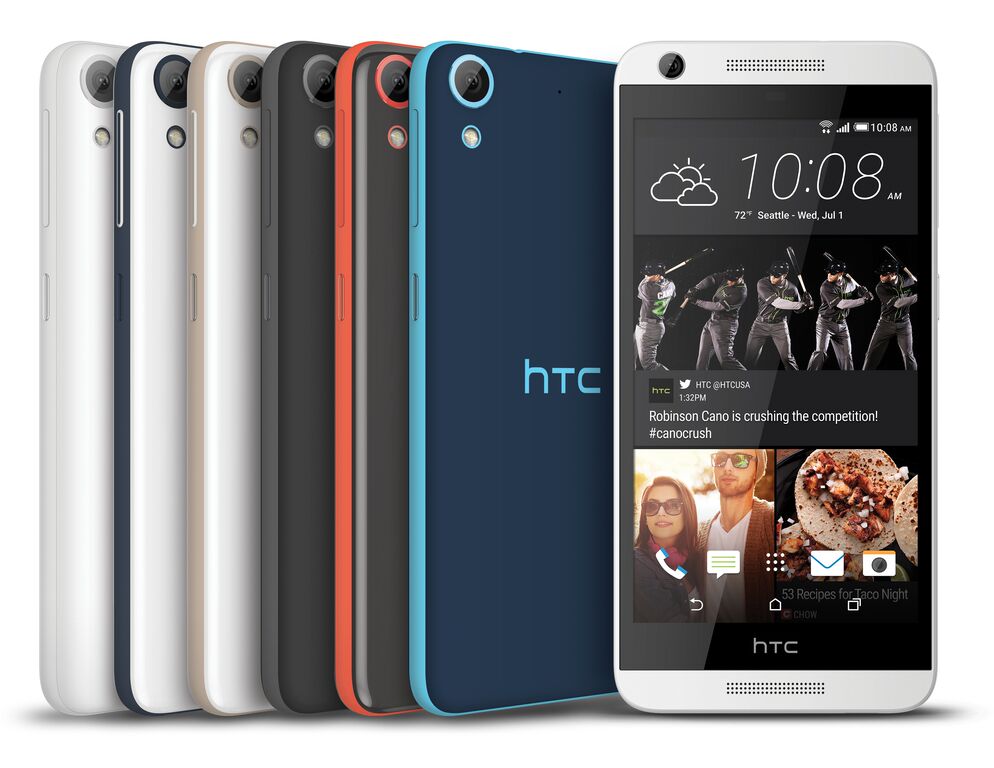 On Wednesday, HTC announced that it will be bringing four new models within its affordable Desire line of smartphones to the United States. The Desire 520, Desire 526, Desire 626 and Desire 626s will be coming to market later this year with quad-core Snapdragon 210 processors, LTE connectivity, Android L and designs to rival flagship devices.

The Desire 520 is on the low end of the spectrum, featuring a 4.5-inch FWVGA display and 1GB of RAM, The 520 will be available exclusively through Cricket’s pre-paid service.

Similarly, the Desire 526 is an exclusive for Verizon’s pre-paid service, although it features a slightly larger 4.7-inch qHD display and 1.5GB of RAM.

The real highlight of the lineup is the Desire 626 (and its slightly downgraded counterpart, the Desire 626s). The Desire 626 looks and feels like a premium smartphone, with a 5-inch 720p HD display, 1.5GB of RAM and 16GB of internal storage. It’ll available on every major carrier in the United States: Verizon, AT&T, Sprint, T-Mobile, Boost, Virgin, MetroPCS and TracFone.

Each carrier has also been given a choice between a few different color variants, so depending on which carrier you buy a 626 from, you’ll receive a phone with a unique color palette. Verizon has gold on white, AT&T has blue on white, Cricket’s is blue on blue and T-Mobile’s is red on gray.

The 626s is virtually identical to the 626 from the exterior, but 1.5GB of RAM has been downgraded to 1GB and the 5-megapixel front-facing camera has gone down to 2 megapixels. The 626s will only be available on Sprint, T-Mobile, Cricket, Boost, Virgin, MetroPCS and TracFone.

After spending some time with the 626s, I can safely say that there aren’t many affordable Android smartphones that feel or look as nice. It’s a plastic phone with an outdated operating system, but if spending $200 on a phone with a two-year contract doesn’t interest you, the 626 should be on your radar.

No pricing or release information is available for any of the four phones yet, although some carriers are expected to reveal availability details before the end of the week.