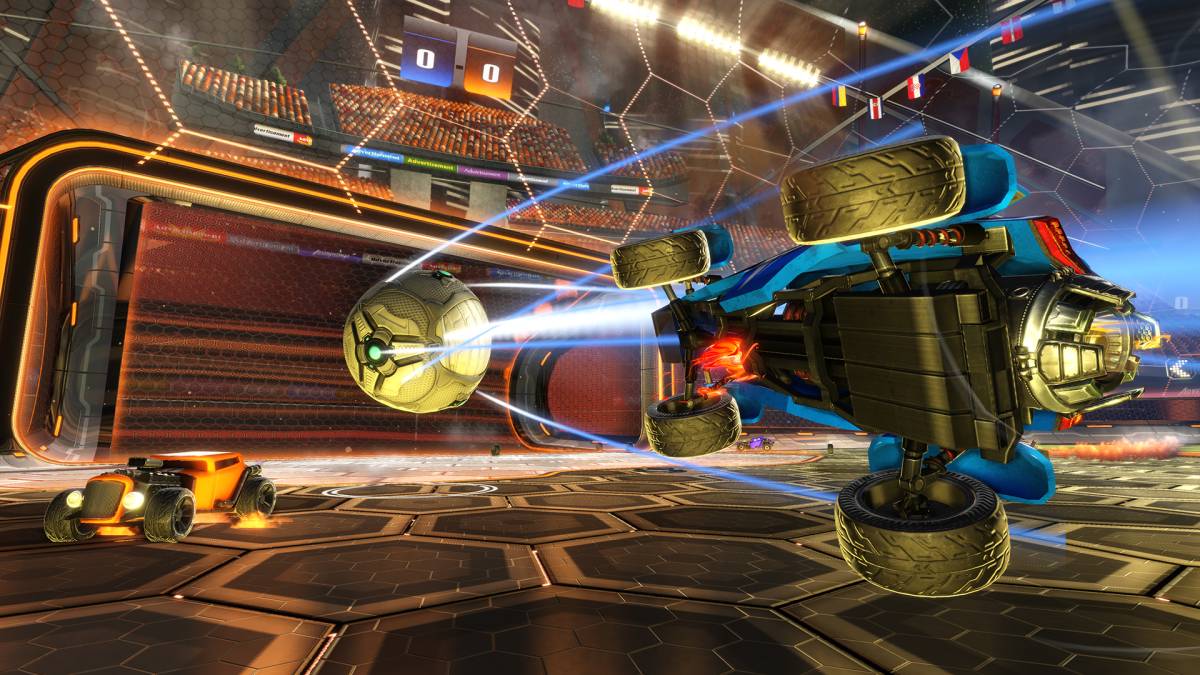 I don’t often have the time to review smaller downloadable games on the site, but I had to make an exception for Rocket League. I first got my hands on Rocket League during a closed beta earlier this year. Within minutes, I was completely captivated.

For a week straight, I’d hop online after work every night with my friend and play a dozen or so matches against other players. It was the first time in a long time that I couldn’t help but play just one more round. And then one more. And then another. But even after spending an embarrassing number of hours on the beta, I still hadn’t gotten enough.

Rocket League is technically a sports game, but it’s far less complex than any sports game you’ve have played before. There aren’t enormous playbooks like in Madden or dozens of international teams like in FIFA. Rocket League is simply soccer with cars, and your only objective is to smash the ball into the opposing team’s goal more times than they smash it into yours.

It’s worth messing around with practice mode first. Although the game is relatively simple, it’s going to take some time to master the controls, and even the most basic practice drills will help make your first online match go a lot smoother.

Matches come in four flavors: 1 v 1, 2 v 2, 3 v 3 and 4 v 4. Developer Psyonix calls 3 v 3 the “standard” way to play, but I found that playing in pairs generally results in more competitive matches without quite as much mayhem.

The basic cycle of a match is as follows:

It doesn’t sound like much, but once you get a feel for the handling of the rocket cars (which you can personalize with unlockable accoutrements), you’ll begin to see the underlying depth that makes the competitive aspect of the game so appealing.

At first, you’re just lucky to make contact with the ball. Gravity doesn’t work quite the same way on whatever planet they play Rocket League, so even relatively light taps can send the ball (or other players) flying across the field. Each car also has the ability to boost (hence the Rocket in Rocket League), but it’s an expendable resource which can only be replenished by picking up yellow orbs on the field.

I can’t help but to jump back in the queue for another match, because I’ve begun to see improvement in my play, and I know I can compete with the team that blanked me the other day. Anyone can play Rocket League, but it takes dedication to win on a regular basis against a large community of talented players.

Combine all that with seamless PC/PS4 crossplay, four-player splitscreen multiplayer and an incredibly robust replay system and it’s hard to deny that Rocket League is one of the most compelling releases of 2015.

I’ve played and enjoyed plenty of sports games in the past, from NCAA Football 14 on the Xbox 360 to NHL 95 on the Super Nintendo, but none have enraptured me like Rocket League. It’s a bummer that the online servers have been toast ever since the game launched, but the game hidden beneath the technical issues is a true gem.

Rocket League is available for free on PS4 for PS Plus users this month. It’s also available on Steam for $19.99.