Apple Continues to Crush Samsung Where It Matters Most 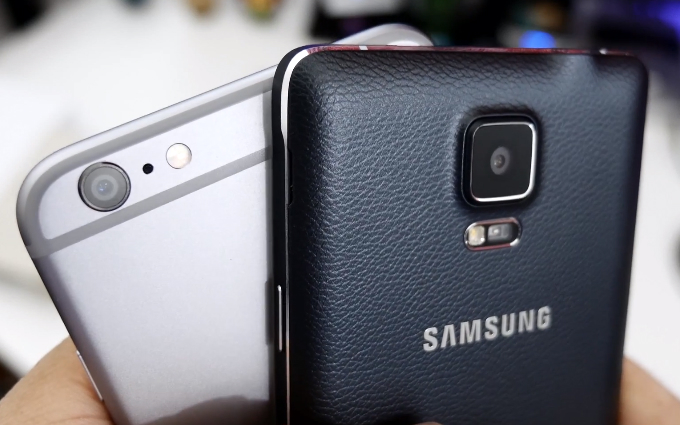 Samsung’s meteoric rise to the top of the smartphone market by shipment volume is an old story by now, but that doesn’t make it any less incredible. In no time at all, the company seemingly came from out of nowhere to keep its impossible promise and rocket past all rivals.

While Samsung continues to dominate by market share and ship more smartphones than other top smartphone companies by a huge margin, it still can’t seem to come anywhere close to catching up with Apple where it matters most.

Everyone talks about profits when discussing Apple’s edge over Samsung in the smartphone market, and it’s true that Apple maintains a huge lead over its South Korean rival in this key area. According to Canaccord Genuity analyst Michael Walkley, Apple pulls in more than 90% of the smartphone industry’s profits each quarter, while Samsung is responsible for under 10%.

But Apple’s advantage reaches far beyond profits. As reiterated by results from a new survey released by RBC Capital Markets on Monday morning, Apple continues to hold a huge lead over Samsung two other important areas.

RBC polled more than 6,000 consumers and found that Apple maintains a big lead where both brand loyalty and smartphone purchase intent are concerned. Apple’s iPhone always seems to come out on top in these two key areas.

Also of note, nearly 10% of Samsung phone owners planned to switch to an iPhone while only 4% of current iPhone owners said they were planning a switch to Samsung.

These brand loyalty findings mirror several other studies that have been carried out over the years, and they make sense considering how well the iPhone always performs in customer satisfaction surveys. With the odd exception here and there, every notable study seems to place Apple at the top of the pile.

In fact, Apple even tops Samsung in smartphone customer satisfaction in Samsung’s own home of South Korea, where the iPhone has outranked Samsung phones in Seoul-based market research firm Consumer Insight’s studies since it first debuted. The results of the firm’s most recent study show Apple ranking in the No. 1 position while Samsung is tied with Pantech in the No. 3 spot.