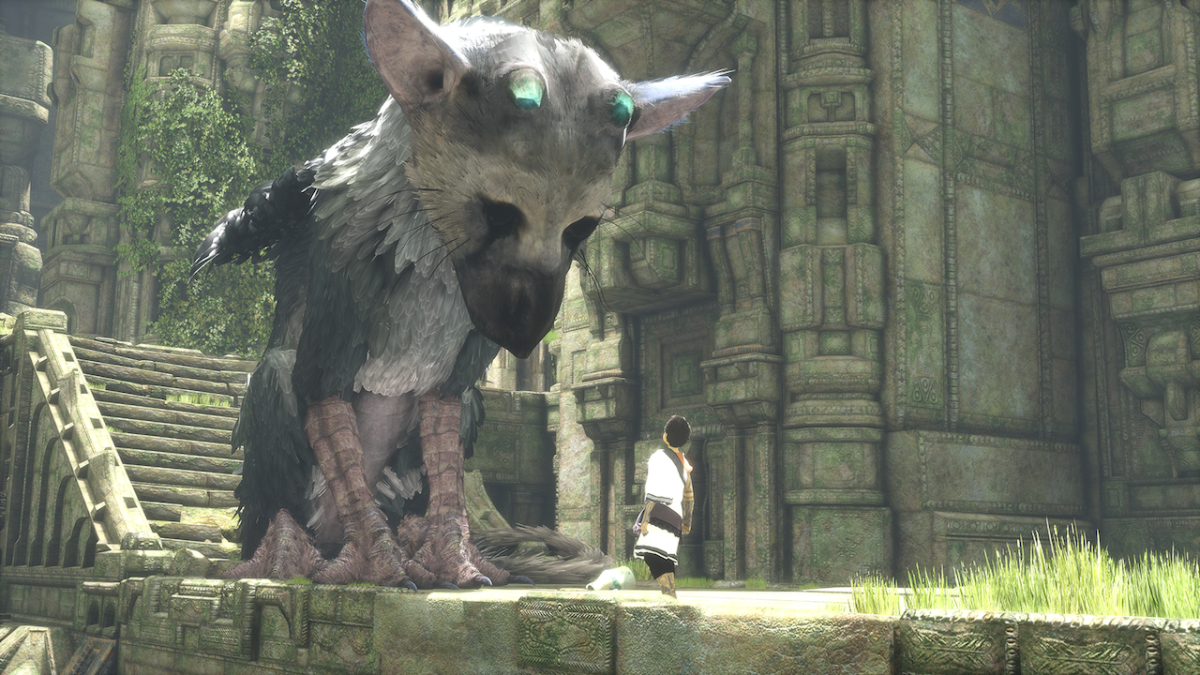 Now that we’ve all come to terms with the fact that The Last Guardian exists, it’s time to figure out what exactly the game is. We know it’s being made by the same team that brought us Shadow of the Colossus and Ico, we know that it stars a young boy and an unrecognizable creature and we know it’s coming to the PS4 in 2016.

I’m here to tell you what else I learned behind closed doors.

READ MORE: ‘Mad Max’ Expands on the World of the Movie in Fun and Unexpected Ways

Sony’s Japan Studio isn’t ready to discuss the intricacies of the story yet, but game director Fumito Ueda was willing to tell us that the young boy has been kidnapped, and with the help of his furry friend Trico, must escape the ancient ruins they’ve found themselves trapped in.

Like the team’s previous titles, The Last Guardian will focus on a sense of height. In Ico, that sense of height came from the enormous castle that Ico and Yorda had to descend. In Shadow of the Colossus, the sense of height was derived from the giant monsters roaming the landscape.

The Last Guardian is the best of both worlds. As in Ico, a single step in the wrong direction could send the young boy plummeting to his doom. And as in Shadow of the Colossus, the boy will have to climb Trico’s back in order to reach areas that would be inaccessible otherwise.

In a small, dark room in the Los Angeles Convention Center, I had a chance to see Ueda play through a little more than what you saw on stage on Monday night. The live demo began a few moments before the young boy runs out into the sunlight – instead, he’s inside the ruins, waking up Trico.

Once Trico is awake, the boy climbs on his back to pull on a wooden spike that’s been lodged near his wing. He climbs back down and finds barrels scattered around the room, which the boy threw in the air for Trico to fetch. I’m not sure if wooden barrels is Trico’s standard diet, but he seemed plenty happy to chomp on as many as the boy could find.

Once Trico was done eating, the young boy instructed the beast to stand on its hind legs, allowing him to clamber up to a small walkway. He ran across to a ladder in the other room, climbed down and pulled a switch back at the other side to open a gate for Trico to come through… but not before Trico attempted to bash his thick skull through the metal bars.

After that, the two stumbled into the sunlight, back where you saw the demo on Monday. Everything else was nearly identical, but it’s worth noting that when the ground starts to crumble under the boy’s feet and he takes that leap of faith, it’s up to you to grapple on to Trico’s tail. That’s not a cutscene – if you mistime the grab, you will fall.

So, is The Last Guardian going to live up to its lofty expectations? Will Colossus fans be put off by a seemingly less mature entry into the series? We still have more questions than answers, but I’m personally just happy to see that one of the most fascinating teams in the industry is hard at work on a new project that we’ll eventually be able to play.