Hands-On: HoloLens Blew My Mind, But It Has Some Serious Limitations 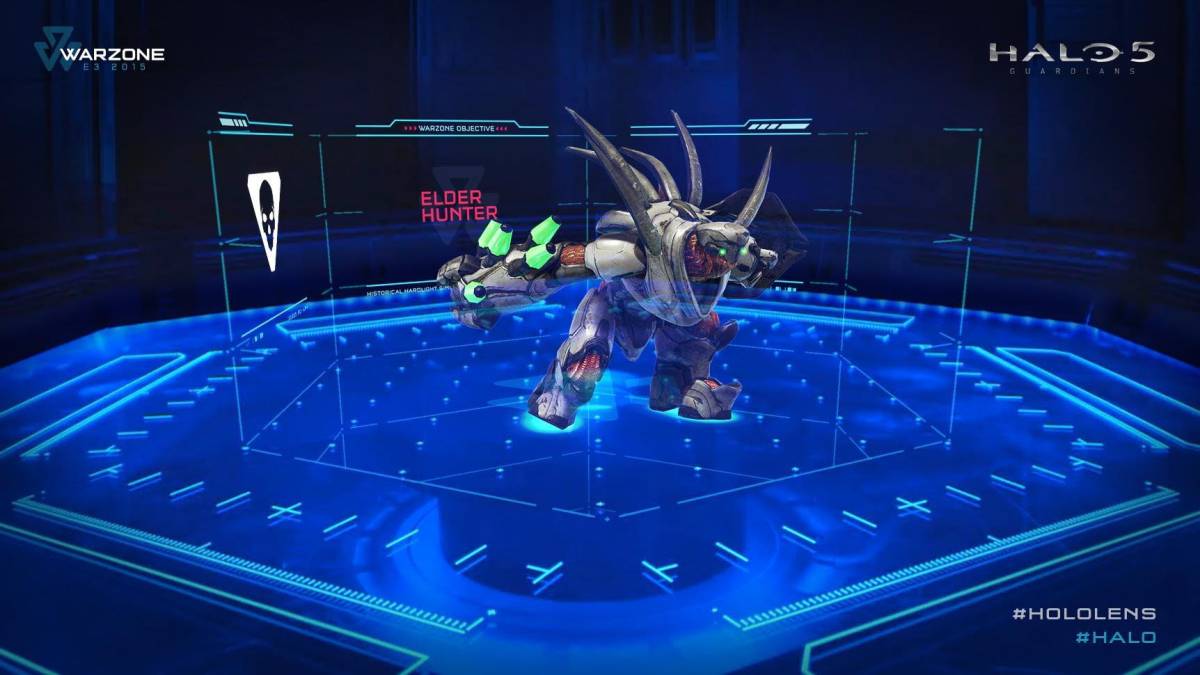 Nothing at Microsoft’s press conference on Monday got a bigger reaction than HoloLens. Being able to peer into the world of a game without having to leave the real world is a fascinating proposition, but does it really work?

I had the opportunity to test out HoloLens in a Halo 5 simulation on Wednesday, and although it wasn’t perfect, I can tell that HoloLens is bringing something entirely new to the table.

Shortly after I got in line for the demo, a man in a white lab coat walked over to measure the distance between my eyes. As you might remember from the press conference, the width of the space between your eyes is different from everyone else’s, so it’s important that you have a fitting before donning a HoloLens.

Inside the “loading bay” (it was a themed demo), we were each strapped into our own pair of HoloLens and told to walk down the hall to an objective marker. Lo and behold, there it was, floating in my field of view in the middle of the hallway — an objective marker I recognized immediately from the Halo series.

When I reached the marker, I heard a voice from the headset directing me to turn right, where I met another “crew member” who directed me to look through the windows of the ship. There was a huge (virtual) airstrip where another ship was taking off. I could tilt my head to get a better view out of either side.

The window closed after a few short moments and I was directed to a second objective marker, this one in front of a table where the rest of my squad mates had already taken their positions. Once we were all in place, a hologram of a Spartan appeared in the center of the table, surrounding by screens, all of which were only visible from within the HoloLens.

We were given a rundown of the new multiplayer mode Warzone and shown important objectives on a 3D representation of the map. I was far too distracted to pay close attention, but worry not — my blue team crushed the red team this time around.

It was only a small glimpse at what HoloLens is capable of, but being able to move around the world while wearing an augmented reality headset is far cooler than it sounds. The field of view is relatively limited — you won’t be getting massive 360 degree worlds like you do on the Oculus Rift — but if developers find the right ways to implement this technology into their games, HoloLens could single-handedly put AR gaming on the map.