Splatoon review: Breathing inky new life into the Wii U 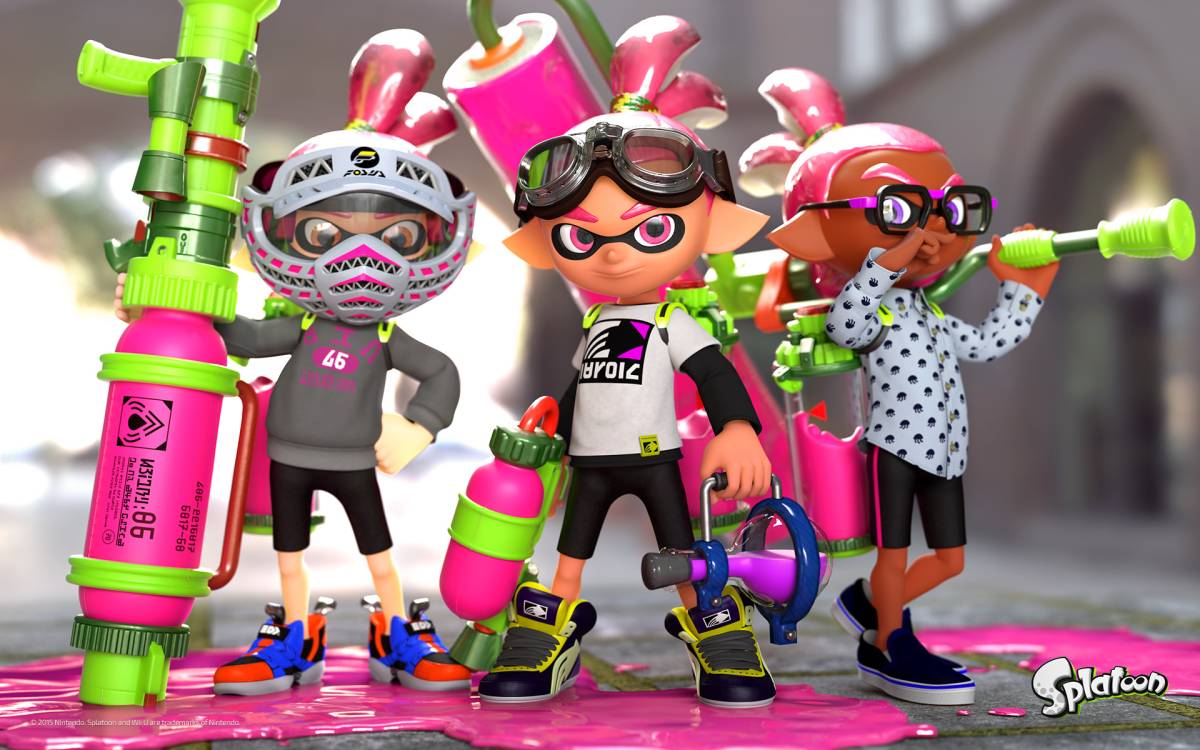 It’s been ages since Nintendo launched its last truly original property, but after spending several hours with Splatoon for the Wii U over the last few weeks, it’s clear to me that it didn’t take long to shake off the rust. Splatoon is bright, goofy, balanced and most importantly, a whole lot of fun.

MORE GAMING: The latest Humble Bundle lets you pay what you want for Wii U and 3DS games

When you load up Splatoon for the very first time, make your way straight to the multiplayer lobby and join a Turf War battle. These 4 vs. 4 matchups are the heart of Splatoon, and you’ll want to get your bearings as quickly as possible. The goal is to cover as much of the surface with the ink of your team before time runs out. There are several stages, but only two will be playable in both the regular and ranked mode. These stages move in and out of the rotation on a daily basis.

As a rookie Inkling, you’ll only have access to a single weapon: the Splattershot Jr. This miniature gun doesn’t pack much of a punch, but it can cover a wide area relatively quickly and has an extremely fast rate of fire. After you play through a few round, you’ll begin to level up and collect coins, which you can use to buy new weapons and gear. The weapons are fantastically varied, from the sniper rifle-like Splatterscope to the infamous, deadly Splat Roller.

Every time you level up, you gain access to a new main weapon. Each main weapon also grants you a sub weapon and special weapon. The sub weapon collection includes a variety of bombs that can take out enemies with a single well-placed toss, a Splash Wall to block enemy fire or even a Sprinkler, which does exactly what you’d imagine.

Special weapons are only available once you’ve covered enough surface area with ink, at which point you can press in on the right stick to temporarily activate them. Learning when to activate infinite bombs or the Echolocator is key to a successful match.

In fact, learning when to strike is the valuable skill you can acquire in Splatoon multiplayer. If you’ve seen any footage of the game, you’ll know that you can turn into a squid and swim through the ink at high speeds. Enemies can’t see you while you’re “underwater,” so if you can figure out when to be stealthy and when to be aggressive, you can turn the tide of a match on your own.

Once you reach level 4, you’ll be able to start buying gear for your Inkling, which can increase his or her stats in multiplayer matches. At level 10, you’ll be able to participate in ranked matches, working your way up the leaderboard.

The single-player campaign is both a great introduction to the mechanics of the game and a true test of skill as the difficulty ramps up. As I explained in my preview earlier this month, the first few levels serve as tutorials, but by the time I jumped to the second group of levels, I was often hard-pressed to get through a level without having to revert to a checkpoint at least once.

Most of the levels are a mix of combat and platforming, forcing you to adapt to the environment and enemies that inhabit it. The most challenging levels came in the form of single-player arenas, in which you forego the platforming entirely and have to take out other humanoid characters with the same weapons and abilities as you.

Nintendo also sent over a Splatoon amiibo to test out, and although I haven’t been all that impressed with the implementation of the toys in the past, they really add something to Nintendo’s third-person shooter.

After registering the Inkling Boy amiibo in the game, I unlocked a series of challenges that let me replay levels I had already beaten in the campaign with a different weapon.

In the case of this amiibo, I was handed the Splat Roller, a huge paint roller that sprays ink forward before crashing to the ground and rolling forward. Without a gun, I had to rethink the way I approached the level, but the rewards were worth the added challenge. After each level I beat, I was awarded coins, which can be used to buy weapons and gear for multiplayer. Completing a series of three levels unlocked a boss, and beating the boss added a piece of gear to my collection.

Splatoon doesn’t look like, feel like or sound like any other shooter on the market, and for that reason alone, it’s worth any Wii U owner’s time. It’s also one of the only Wii U games I can see myself returning to again and again throughout the year. As with any first-party Nintendo game, there just aren’t any glaring issues, so despite that fact that you aren’t going to find an experience as deep or addictive as Call of Duty or Battlefield, you will appreciate the sleekness of the final product.

Nintendo provided BGR with a copy of Splatoon on the Wii U for this review.