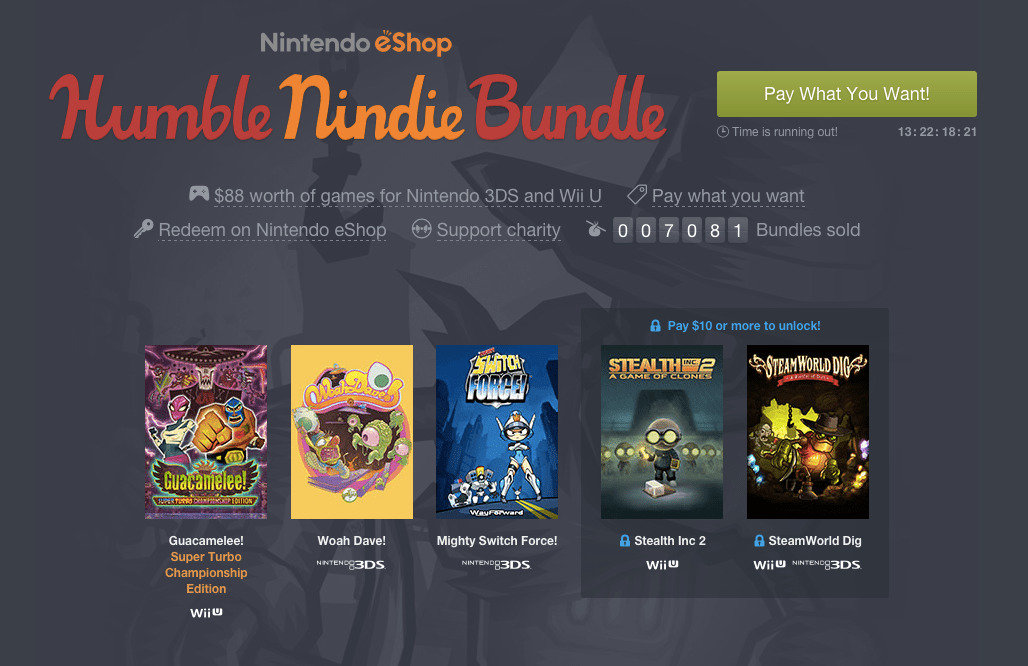 The latest Humble Bundle launched earlier today, and for the first time in the history of the service, Nintendo is getting its own bundle. The Humble Nindie Bundle currently features eight Wii U and 3DS games, with more to be added in the coming days.

In order to receive eShop codes for Guacamelee! Super Turbo Championship Edition, Woah Dave! and Mighty Switch Force! (all of which inexplicably have exclamation marks in their names), you only have to contribute $1.00.

You can add The Fall, OlliOlli and Moon Chronicles to your collection as well by beating the average, which is currently sitting at around $9.00. You’ll also get any other games added to the bundle. Finally, for a contribution of at least $10, you can pick up everything mentioned above as well as Stealth Inc. 2 and SteamWorld Dig.

This collection of games would normally cost $88, but thanks to a surprise collaboration between Humble Bundle and Nintendo, you can load up on great Wii U and 3DS indie games for a great price. We can only hope that this signals the beginning of a new era for discounts on Nintendo games… but that might be wishful thinking.

Check out the Humble Nindie Bundle before it ends early next month.