It’s official: Cortana is coming to iOS and Android 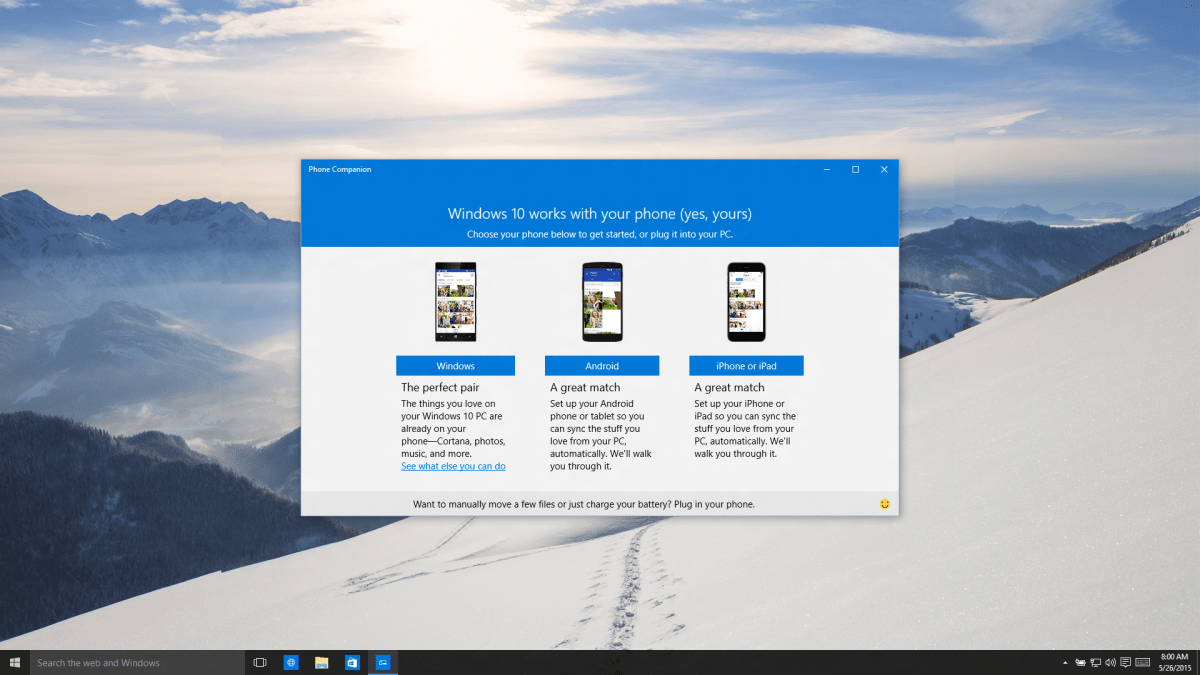 Microsoft knows that we live in a world where users expect to be able to use any of their devices to complete a task. That’s why it didn’t come as much of a surprise when Microsoft revealed on Tuesday that a Cortana companion app is coming to Windows Phone, iOS and Android devices.

The Cortana app for iOS and Android will function similarly to the Windows 10 version of the assistant. You can ask Cortana to schedule a reminder, tell you what the weather forecast looks like for the rest of the week and all of the other functions you’ve come to expect from digital assistants. If you’re unsatisfied with Siri or Google Now, you’ll be able to ditch them for a newer model later this year.

Microsoft also showed off a Phone Companion app for Windows 10 which will make it easier than ever for Android and iOS users to get mobile Windows apps on their devices.

If you own an iPhone, iPad or Android device, you’ll need to install a few apps in order to get the ball rolling, including OneDrive, Office and the new Music app. With the OneDrive app, any photos you take on your phone will automatically show up in the Photos app on your Windows 10 PC. With the Office app, you can work on a document from any device without having to send it back and forth.

If you want to take the Phone Companion app for a spin before the launch of Windows 10, Microsoft is planning to include it on a new Windows 10 Insider Preview build in the coming weeks. The Cortana companion app will be available for Android phones at the end of June and for iPhones later in the year.

Watch a video of the new apps in action below: