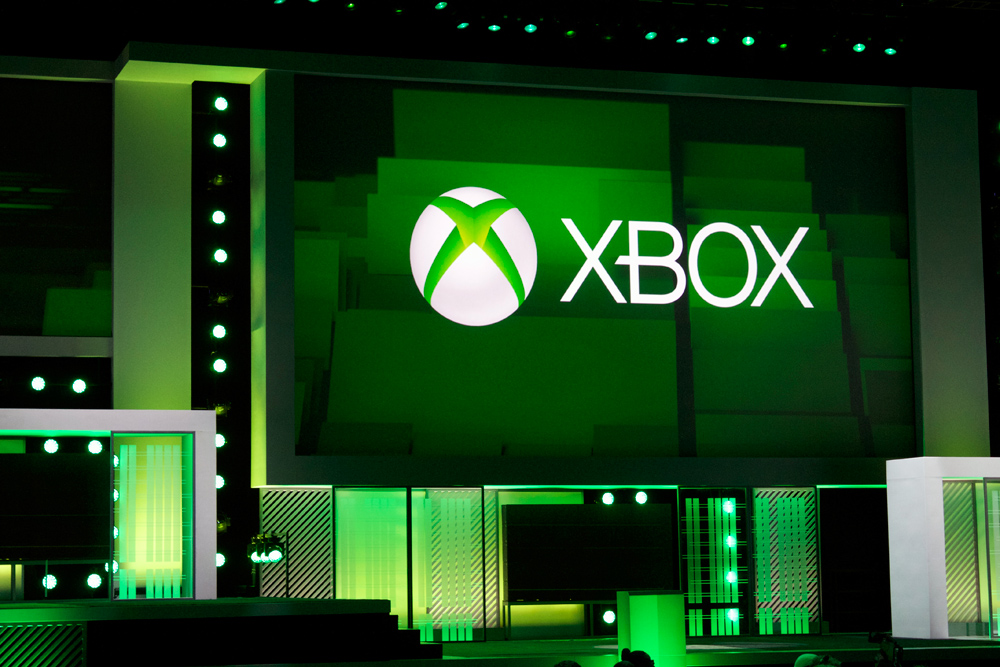 Ed Fries in recent days took a trip from Seattle down to New Mexico Tech, his college alma mater that had decided to bestow on him one of those distinguished career awards that tend to cap a long, eventful professional existence.

At one point, as a speaker read through the Microsoft veteran’s biography for the crowd, the audience broke out in cheers.

Even though Fries, one of the early developers of Microsoft offerings like Excel and Word, has worked on a variety of products over the years that many consumers still use every day, it was a one specific item from his time with Microsoft that got the crowd going. Fries is also a co-founder of the Xbox, a console that celebrates its 15th birthday next year and remains a cornerstone of the Microsoft empire.

Indeed, the company has lately been teasing some big things coming up for the device. Looking ahead to its showing at E3 in June, for example, Microsoft has been telling fans to anticipate “the greatest games lineup in Xbox history.”

Beyond that, the console has plenty in the works to excite fans, like Halo 5 launching for the Xbox One at the end of October. It’s also something of an interesting time both for the Xbox and Microsoft’s gaming efforts as a whole, to say the least, given that the company’s first-party game sales were up almost 50 percent during the first quarter.

However, the company also shipped 1.6 million consoles during the quarter, down from 2 million during the same period. Fries, who also served as Microsoft’s original VP of games during his time with the tech giant, even concedes that it may be time to call the current iteration of the console war for Sony’s PS4, telling BGR he thinks it will be “difficult” for the Xbox to catch up in the current generation.

But in an interview looking at everything from gamers and consoles today to why he and Microsoft got involved with gaming in the first place, he’s also optimistic that Microsoft’s gaming efforts nevertheless have plenty of wind at their back.

He speaks from professional experience and as someone with a lifelong love of gaming. He’s got both Sony and Microsoft consoles at home and dabbles with both, in addition to keeping up with the mobile games that captivate his smartphone-wielding children.

“I’m a gamer, so I come at this from a gaming point of view,” Fries tells BGR. “I think the Xbox One got off to a slow start. That’s not a controversial thing to say. As far as how the current consoles are doing, I think it’s clear the PS4 is winning. However, I think under (Xbox boss) Phil Spencer, Microsoft is doing all the right things. He redirected things to gamers and the gaming community. I have both in my house, I choose both, but I think the online experience on the Xbox has always been ahead. Personally, I like more of the trigger controller you get with the Xbox line, and then you get down to the exclusive content.”

Looking down the line, though, he thinks virtual- and augmented-reality systems could upend everything, calling them potential “game-changers.”

Today, Fries sits on a myriad of boards and is an advisor to several game companies. He was, for example, a board member at Z2 when it was acquired by Candy Crush maker King. He also has a 3D printing business, FigurePrints, turning World of Warcraft figures into statues. While at Microsoft, Fries was key to Microsoft’s acquisition of “Halo” game company Bungie (“I have a long history with the Halo franchise and I’m always rooting for them.”), among other gaming-related milestones from his time there.

What’s more, it’s arguably an appropriate time to look back at Microsoft’s entry into the game space – and at Fries’ work along those lines – at this particular moment in time, as Microsoft has lately been regarded as having recaptured something seen as very un-Microsoft for a while now.

The company in some corners is actually said to possess an aura of coolness and inventiveness these days as it breaks out of its traditional way of thinking and tries new things. That extends to everything from making top-notch apps for rival platforms like iOS to rolling out pioneering new products like the HoloLens.

“I think the Xbox shows that Microsoft is an innovative company that can do cool stuff and play in markets not normally considered to be Microsoft markets, and I’m very optimistic about that team and where they’re going right now,” Fries said.

Asked for his thoughts on what makes a great game, he takes a long pause. He eventually harkens back to an old quote from Electronic Arts founder Trip Hawkins, about how games should be “simple, hot and deep.”

“That means a game is simple to pick up, immediately,” Fries explains. “Hot means it’s exciting. You’re having fun, laughing and smiling. And deep means as you get into it, there’s a lot to it.

“It’s interesting watching my two boys, who have almost completely different tastes in games. I was on a trip this weekend, and my 10-year-old just sucked me into DomiNations. My other son is more into the pick-up-and-play, Flappy Bird kinds of games that are super hard, die-in-seconds kinds of things.”

It was Fries’ own youth that informed the career path he would eventually take. He first started programming games as a kid. He recalls at one point getting at Atari 800 and programming that, imitating arcade games and eventually making a Frogger clone.

His efforts came to the attention of a game company in California who tracked things back to Fries. They approached him and wanted to starting publishing games from him.

By the time 1984 and the meltdown of the industry rolled around, Fries was halfway through college. He’d moved on to other things. He landed at Microsoft as an intern and started working on Office – still playing games on the side.

After he’d logged several years at Microsoft, “at some point in my career it eventually made sense to run a business.” When he expressed an interest in running Microsoft’s nascent game division, he got told everything from “you’re committing career suicide” by one Microsoft executive to being asked “why would you leave Office to go to a part of the company nobody cares about?”

Soon enough, of course, people cared about it plenty. What the company did with the original Xbox, Fries recalls, is “just try to get a foothold” in the market, and then with the Xbox 360 it was able to extend that lead.

“When Microsoft introduced the 360, and I worked on the 360 before I left, part of the goal was to beat Sony to market,” Fries says. “The 360 was also built to be aggressive on price.”

Of course, intense scrutiny often becomes the handmaiden of runaway success, and by around 2004, Fries had decided that his job had become too political. Xbox had become so big and important to the company, he said, that with all of the extra hands now touching the decision-making process, “it felt like it had become a hard place to get things done.”

Fries also had a second son on the way and was turning 40. He decided to call it a day with Microsoft.

“I still love video games,” he says, before ending with an assurance that he’s still proud of Microsoft’s work to bring the Xbox to life and to give a new generation of fans something “simple, hot and deep” to play.