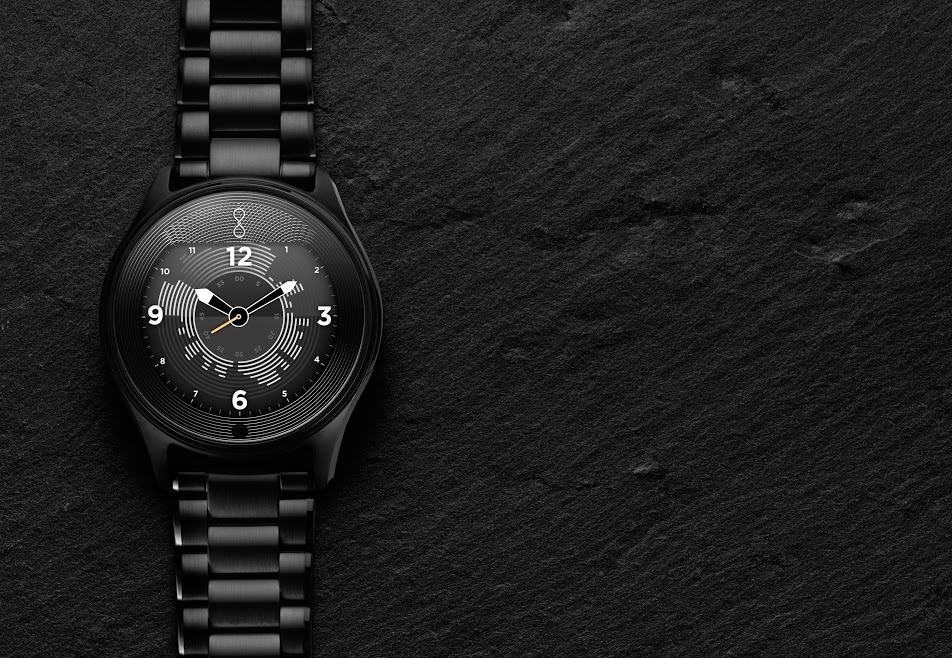 And who better to intro the Apple Watch’s first true competitor than a former top Apple designer who left the company to start his own business?

Meet the Olio Model One, a stunning metal smartwatch that is just as much a watch as it is smart.

Following Apple’s lead, the Model One puts style and design front and center rather than simply stuffing a smartwatch operating system into an ugly watch-like housing, which is what companies have done with most current smartwatches.

Olio was co-founded by CEO Steve Jacobs, a former top designer and product lead for Apple. He has also worked for Google, Beats by Dr. Dre, HP and Amazon.

Joining Jacobs are designers and engineers from companies including NASA, Pixar and Swiss watch maker Movado.

“Olio’s Model One is the antithesis of a mass market product, produced to be everything to everyone. Olio was founded to create thoughtfully crafted products for the discerning individual who wants the latest technology, but on their own terms,” Jacobs said. “What’s more, we understand that the wrist is a very personal, intimate space, and anything you do there needs to have a purpose.”

Here are some of the Model One’s key software features from Olio’s press release:

In terms of hardware, you’re looking at a beautiful metal design that drags Swiss watch styling into the smart era.

The Olio Model One will initially see two limited production runs that will yield 500 stainless steel watches at $595 a piece, and 500 black steel watches at $745 each. Both versions are available for preorder immediately on Olio’s website, and they’re set to begin shipping this summer.

Several images of the Olio Model One follow below.