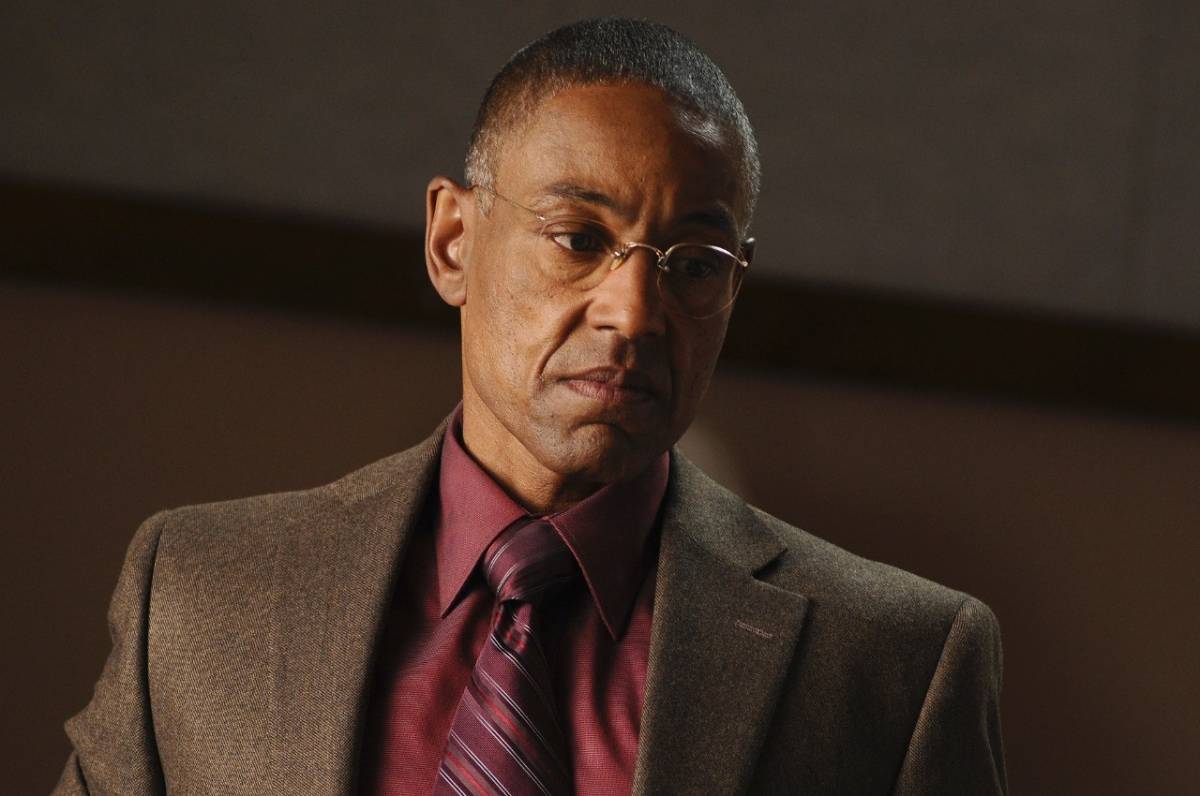 In the annals of television history, you’d be hard pressed to find a more iconic and arguably beloved “bad guy” than Gustavo Fring from Breaking Bad. Played brilliantly by the talented Giancarlo Esposito, Fring was a ruthless drug kingpin whose understated demeanor only served to make him all the more menacing.

This past Sunday, I was lucky enough to witness Esposito and RJ Mitte (who played the role of Walt Jr.) interviewed during a 45-minute panel discussion about everyone’s favorite meth-based drama. The panel took place during Walker Stalker Con, convention primarily geared for fans of The Walking Dead.

DON’T MISS: Video: An awesome behind-the-scenes look at the making of ‘The LEGO Movie’

Over the course of an engaging 45 minutes, Esposito gave a number of interesting tidbits regarding his thoughts on the show along with some fascinating tales of Breaking Bad behind the scenes.

Below are a few highlights.

When asked about his favorite scene, Esposito immediately broke into character and began reciting what were arguably Gus’ most chilling lines: “I will kill your wife. I will kill your son. I will kill your infant daughter.” For anyone needing a refresher, that dialogue is from “Crawl Space” (Season 4, Episode 11).

While Esposito mentions that he’s also partial to the “Hermanos” episode (Season 4, episode 10), Esposito couldn’t help but heap praise on the entire look and feel of the desert scene in “Crawl Space” where he threatens Walt’s entire family.

The episode in the desert was a great episode that came together, because the filmmaking in that scene, went from a wideshot. The whole seen was held in wise, and they came in close only when they ripped that hood off of Walt’s head. That was the one close-up and the one close-up on me. Then they went back to the wideshot. Then if you were really paying attention, the filmmaking took over.

The rest of the scene was completely in the wideshot. And, at one moment in the scene, it went from sunny to dark because a cloud had come over. And then it went back to light again when I had finished talking to Walt. That was all a happy accident. And that was the courageous attitude of our writer/director Vince Gilligan of the episode to leave it that way, to play the whole scene in the wide, because it told the Shakesperean story of what was going on. For that reason, that’s my favorite scene…

Full video of Esposito’s answer can be viewed below.

Next, Esposito was asked what was going through Gus’s head when he adjusted his tie just a few seconds before collapsing dead on the floor. Sidenote: One should never underestimate Hector Salamanca.

In answering the question, Esposito also provided a few details as to how series creator Vince Gilligan initially brought up the idea of Gus Fring’s demise to him.

As for the creation of the Gus Fring character, Esposito provides a particularly interesting explanation detailing why he wanted Fring to be as meticulous and detail oriented as possible.

So I wanted to create a guy who everyone believed was a contributor in all ways to the community. So the meticulousness came out of someone who is a businessman, who wants his business to succeed.  He also wants the folks around him to succeed. He wants to bring people to their best selves. So I just kept layering on that attitude to make him as meticulous and as thoughtful as he became.

In this clip, Esposito talks about meeting Bryan Cranston on set for the first time and not recognizing who it was at first. Hearty laughs are had by all. He also reveals who his favorite character to work with was.

So Brian is certainly an all-time favorite…

But for me, my favorite actor to work with was Jonathan Banks. It was Mike. Actors we love to act. We love to talk and ramble on and all that stuff. But the character of Mike, to me, was of pure excellence because he said very very little. And to me, that’s where you do your best acting.

In this clip, Esposito comically entertains the somewhat ridiculous notion that Walter White might still be alive. More tantalizingly, though, is the idea that Fring might be popping up on Better Call Saul sometime in the future. We already have Mike and Tuco, and Gus would certainly be icing on the cake.

As some final points of interest, the two stars were asked if there were any episodes or plot twists that completely caught them off guard.

Mitte said he was shocked when he saw the infamous box cutter scene while Esposito said he was blown away by the “Fly” episode.