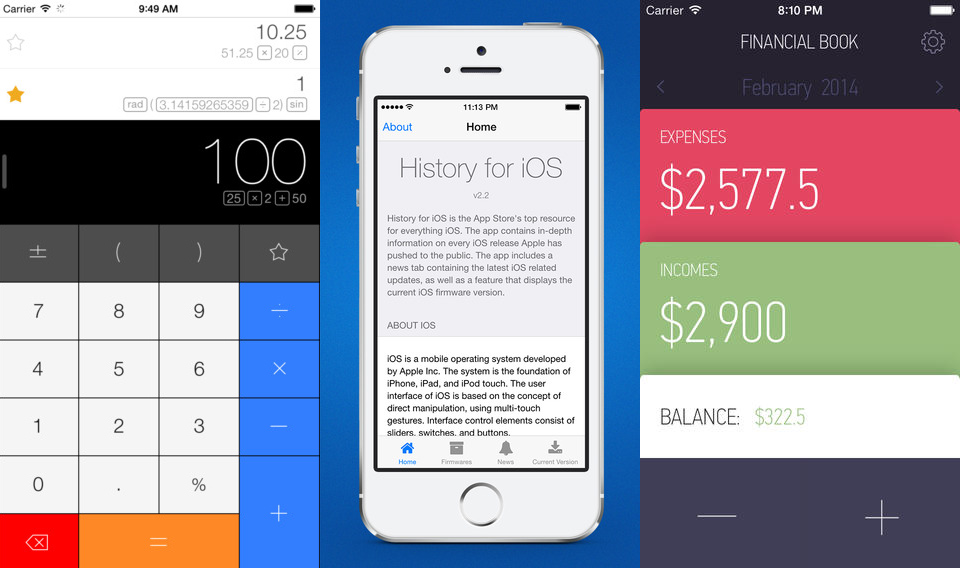 Another week has come and gone, but it’s not over just yet. Before you pack things in and get ready to enjoy your weekend, we have one last list of nifty paid iPhone and iPad apps that are currently on sale for free. Yesterday’s list was easily one of the best ones this week, and several of the apps on that list can still be downloaded for free if you hurry.

Of course today, we have eight more paid apps that can be downloaded for free right now.

Calcbot is an intelligent calculator and unit converter for the rest of us. Featuring an easy-to-read history tape, expression view, intuitive conversion, and much more!

History Tape.
Every calculation you enter gets saved to the history tape. Refer to calculations later or send them right back to your current calculation.

Expression View.
Calcbot’s original expression view allows you to see everything you have typed so you’ll never forget what you entered or miss a typo.

Conversion*.
Convert any of your calculations with over 500 units across 22 different categories including auto-updating currency rates.

Favorites.
Fave a calculation and get instant access to its result via the Favorites Key. No more cryptic memory keys.

Round for Currency.
Have all of your results rounded to two decimal places.

iCloud Sync.
Sync your history tape, constants, and faves across all of your Macs, iPhones, and iPads.

Take control of an AC-130 Gunship to defend humanity from invading hordes. Push back the intruders and give the humans a chance to be airlifted to safety.

For the people on the ground you are all that stands in the way of certain destruction. Use the overwhelming power of a 40mm Bofors cannon to subdue the countless waves of attackers before you. When the gibs really hit the fan, switch to the awe inspiring 105mm Howitzer, then take the fight in close with a 25mm Gatling gun.

With upgrades your plane will become a weapon of tremendous capabilities. You will have the power to sweep this mysterious enemy aside. But be careful. You might not be the only one with a long reach.

You are humanity’s last hope, now “lets break some stuff™”!

The Sequel to the previous #1 US Racing game Police Escape has finally arrived in full 3D! Experience the RUSH of Racing down a American Highway at Crazy Speeds with NOS Charging you through the City Traffic!

*Sequel to the #1 Racing game in US, Russia, Mexico, Germany and many more!
**All new Racing Platform in full 3D!
***Over 2 Million downloads for the original Police Escape – Now in 3D!

GAMEPLAY
– Tilt to steer
– Collect NOS and Touch to Trigger NOS
– Dodge the traffic for as long as you can!

TIPS
– Be Careful when using NOS! You will literally FEEL the speed!

Use it to measures your running speed.

Start your engines and hit speeds over 300 mph! Champ Cars Racing Simulator is open-wheel racing on your iPhone, iPad and iPod Touch.

Compete in multiplayer and race against drivers from around the world or race in single-player mode. Adjust car setup and practice racing lines to qualify before you race.

Progress through Sprint, Short and Long races or have a go at Time Attack! Win the 100-lap Long Race to unlock the next track!

Beat your friends and join the champions on the Game Center leaderboard.

* Race and win to gain cash and buy new cars.

* Setup your car for race trim.

History for iOS is the App Store’s top resource for everything iOS. The app contains in-depth information on every iOS release Apple has pushed to the public.

The app includes a news tab containing the latest iOS related updates, as well as a page displaying the current iOS firmware version.

Want to find and merge contacts that share the same name, but contain different information (such as phone numbers and addresses)? In-App Purchase our Contact Tools Function.