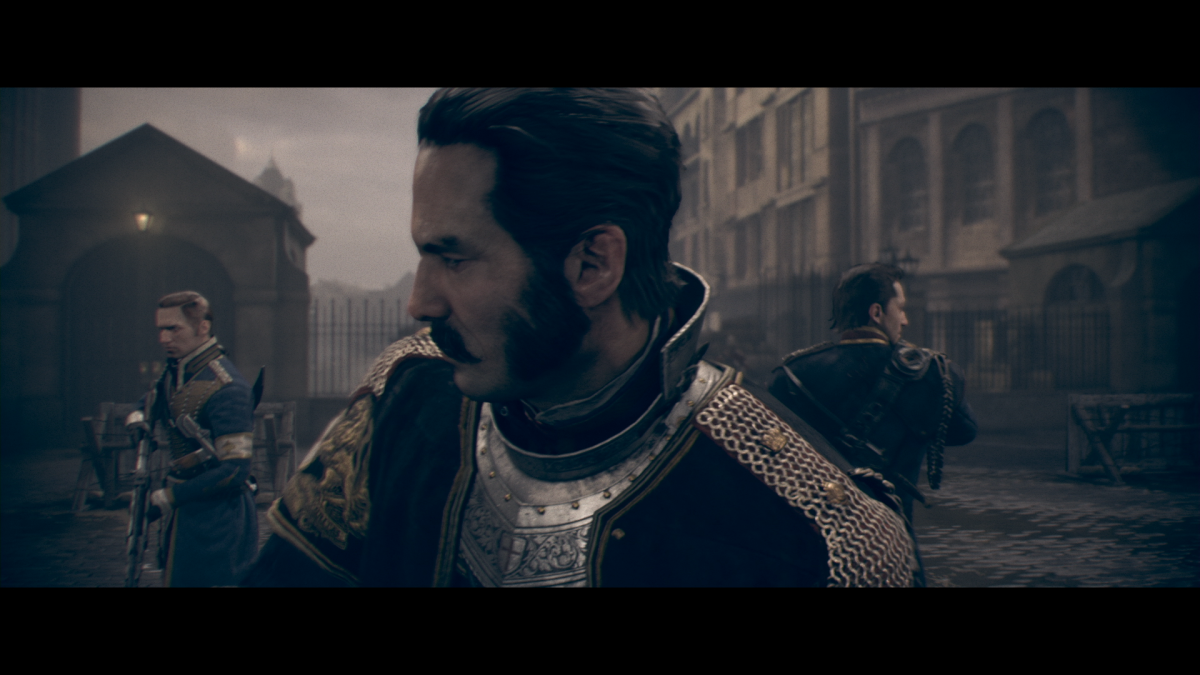 This is the most difficult game review I’ve ever had to write. Not because I lost a few of my fingers or because I don’t want to upset anyone, but because I’m not entirely sure what I’m reviewing.

The Order: 1886 is more of an interactive television series than it is a video game. This is what I had come to assume after previewing the game multiple times before launch, but I was still taken aback by just how much of this game didn’t require any input on my part. Entire chapters would whisk by without me ever having to pick up my controller.

MORE GAMING: Evolve review: The thrill of the hunt

But that’s the game that Ready at Dawn wanted to make. It’s bold and it takes some getting used to, but there’s something fascinating about playing a game that leans in to its story so completely that the actual gameplay takes a backseat to the cutscenes.

So what about the story? That’s why we’re here, after all. The Order: 1886 weaves a complex yarn about a group of high-ranking soldiers, each taking a name from the original Knights of the Round Table, who have discovered the secret to extending their lives all but indefinitely. They pledge themselves to protect Her Majesty the Queen and their country from the scourge of the half-breeds, a race of lycans which are destroying cities and killing innocent people.

This looks like a great setup, but as the story marches forward, the cliche-to-original-story-beat ratio begins sliding rapidly in the wrong direction. Someone actually says something along the lines of: “We’re not so different, you and I.” After a rousing introduction, the game gets stuck in a sand trap of banality.

That’s not to say that there isn’t a game lurking within this disc. The Order is a fairly standard third-person cover-based shooter with a steampunk backdrop. The airships, the gadgets and the weaponry are fantastically appropriate for the alternate timeline and London looks as gorgeous as it has ever looked in a video game.

I think it’s safe to say that this PlayStation 4 exclusive is the best looking console game of the generation. And it’s not just the breathtaking scenery — the character models, the terrifying half-breeds, the environmental effects from the more outlandish weapons (created by none other than Nikola Tesla) and even the way that a character’s face is able to exhibit an emotional response during a conversation.

The filmic quality of the game can’t be overlooked either. No other game transitions as seamlessly from gameplay to cutscene as The Order. There were a few times during the opening scenes of the campaign that I just watched Sir Galahad, the protagonist, as he stood in place, waiting for me to pick up my controller again.

Here’s my biggest issue with The Order: When I did pick up my controller, I was rarely doing anything I hadn’t done in any other third-person action game. Whether it was popping out of cover and taking out enemies or performing a mindless sequence of quick-time events, I certainly wasn’t doing anything as thrilling as what was happening in the cutscenes.

To make matters worse, there was almost never any room for improvisation. Other than a few brief stealth sections, the game is suffocatingly linear, to the point that I felt like every firefight was trial-and-error to figure out when the guy with the shotgun was going to come running my direction so I could take him out before he got too close.

The moments I was most surprised to find myself enjoying were the lock picking and electric panel minigames. Their placement throughout the campaign seems fairly arbitrary, but they’re incredibly well-designed (if wholly unnecessary). More puzzles and interactive distractions would have done a lot to pad out some of the slower gameplay scenes (of which there are plenty).

Here’s the other big issue. After countless twists and backstabs, all of which you’ll see coming from a mile away, the game just ends. Somehow, after being delayed for months, Ready at Dawn still didn’t find a way to bring its game to a satisfactory conclusion. Instead, we’re left with a vague epilogue and an assurance that The Order: 1887 is on its way.

I won’t spend much time harping on the length of the game — you can read countless video game blogs for that — but I think Mike Williams at USgamer got it right with his article about how short games aren’t the issue, it’s about whether or not they’re satisfying.

The Order: 1886 is a fairly satisfying introduction to an intriguing alternate reality and a painstakingly crafted world that couldn’t have existed in the last generation. It’s not a satisfying game.

Sony provided BGR with a copy of The Order: 1886 on PlayStation 4 for this review.