9 awesome paid iPhone apps that are all free downloads right now (save $28!) 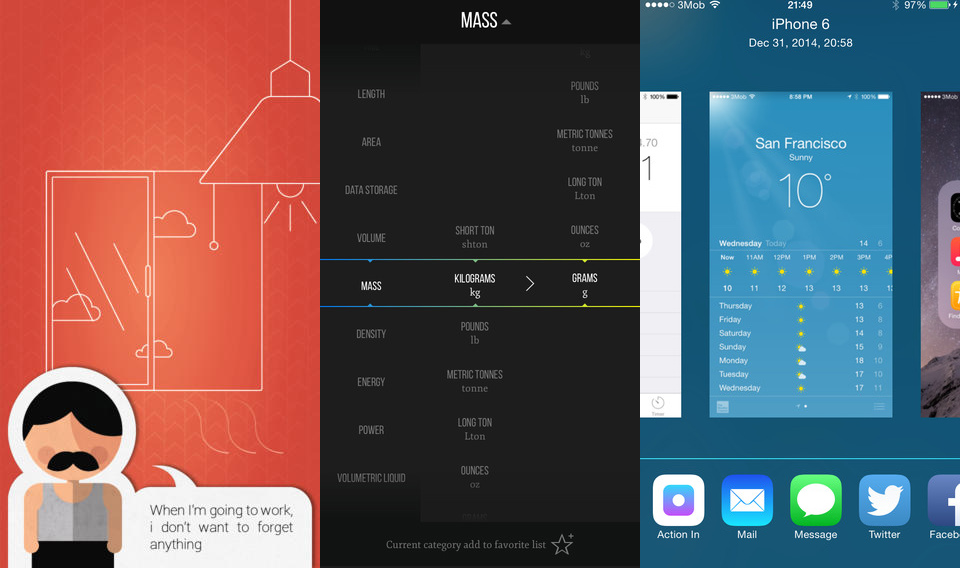 Yesterday’s list of paid iPhone and iPad apps on sale was our biggest list of the week, but that doesn’t mean the fun is over. We’ve got plenty more nifty paid iOS apps on sale for you today — nine apps in total. These sales could end at any time, of course, so be sure to hurry up and download anything you see that looks appealing. And also, a few good apps from yesterday’s list are still free, so if you rush you can grab those as well.

Take the challenge of being the Governor of N.J and avoid being run over by disgruntle drivers who are mad at you, are you ready?
your task is trying to avoid being run over by cars on a bridge thus avoiding becoming roadkill!
Choose one of 3 speed options slow, medium, or fast!
Objective of game is to jump over many cars as possible while collecting flying chickens that will give you farts (boost ) to jump even more cars while collecting points.

Want to make conversions in seconds? Then use Konverter! Converter is easy to use, simple, and fast!

You can save your favorite conversions in the favorite sections and then use it even quicker!

All you have to do is choose the categories you want to convert, type in your numbers, and its done for you!

There are over 19 different categories and hundreds of subcategories to choose from!

Today widget shows recent screenshots, so you can select them instantly.

The Bloons are back and this time they mean business! Build awesome towers, choose your favorite upgrades, hire cool new Special Agents, and pop every last invading Bloon in the best ever version of the most popular tower defense series in history.

“Nations need to brace themselves for a complete loss of productivity”
– Jayisgames, 4.7/5.0

And that’s just the beginning – heaps of planned updates will keep Bloons TD 5 fresh, fun, and challenging for many months to come. Now it’s time to pop some Bloons!

Remember to save to iCloud after each victory or purchase to save your progress.

Requires 3GS minimum, and of course optimized for iPhone 5 and iPod Touch 5.

iNavigator + Widget is a universal app that includes:

・SPEEDOMETER:
– metric and imperial system are both supported (km/h or mph)

You will not forget to cut off the water, turn off the iron and to feed your favorite pet, when you’re going out the house. Ready to Go helps you to check all the important stuff in no time.

We’re open for your feedback about the app’s performance and functionality.

Child Health Tracker gives parents the power of on-demand access to their child(ren)’s health information, needs, and providers; and AAP guidance on the vaccinations and milestones they should be expecting.