This electric ‘supercar’ is even sexier than a Tesla, but there’s a huge catch 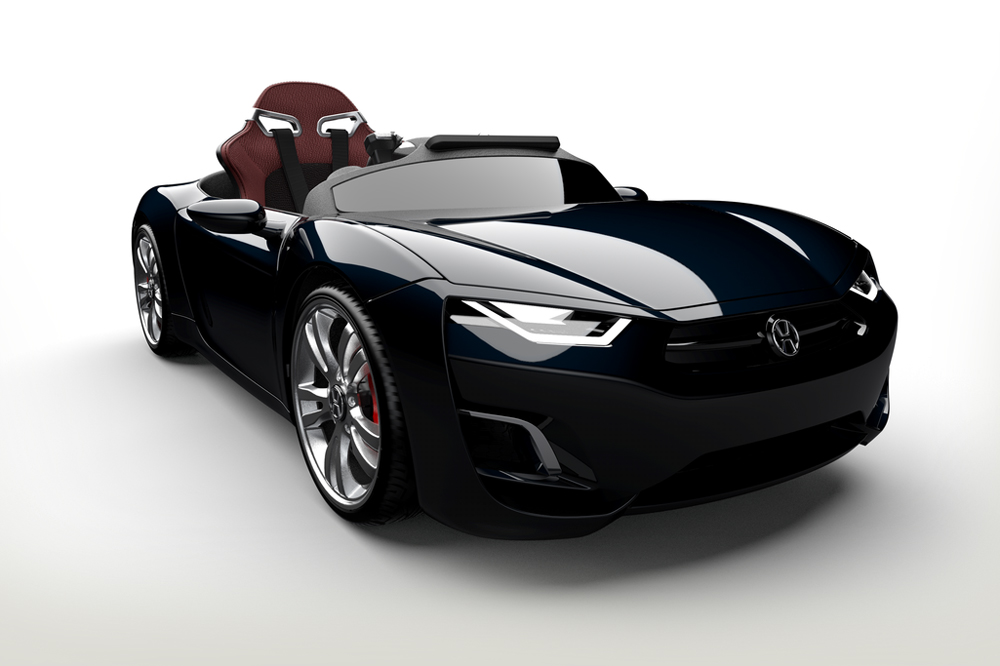 The stunning car pictured above is, without question, a class leader. The sleek and sexy styling is second to none, and the all-electric drivetrain makes it a modern masterpiece. Featuring dual electric motors and all-wheel drive, the car uses a configuration somewhat similar to Tesla’s exciting new P85D supercar. It also features a leather bucket seat with a four-point safety harness, differential steering, a coil-spring suspension and an integrated 7-inch Android tablet with HDMI out, all for a price that is about 1/100th as expensive as Tesla’s cheapest Model S.

Of course, there’s a huge catch: It has a top speed of 10 mph and if you’re taller than about 4 feet, you probably won’t fit in it.

Meet the Henes Broon F870, the car of your dreams… when you were 7 years old. This Power Wheels-style electric car isn’t street safe, of course, but it’s far more impressive than anything that was around when you were young.

South Korea-based Henes has been making similar toy cars for quite some time, and the Broon F870 represents the latest and greatest model the company has to offer, and it costs between $900 and $1,000. A few additional photos of the car follow below along with a video of an earlier model, and the Broon website is linked down in our source section.