14 of the most beautifully designed apps of 2014 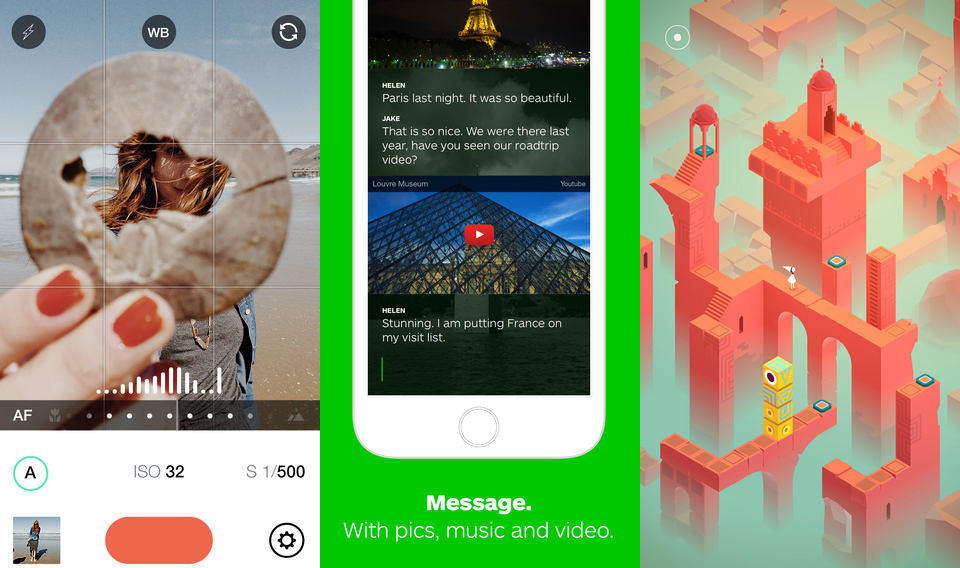 Some apps are undeniably beautiful and some apps are incredibly well-made and useful. When you find one app that fits the bill on all three counts, you’ve got yourself a winner. Apps that can walk the walk as well as they talk the talk are hard to come by, especially since Apple and Google’s mobile app stores each pack more than 1 million apps. But a new list published earlier this week does a great job of highlighting some of the best iPhone, iPad, Android and web apps of the year that hit all the right notes.

The result in each case is a phenomenal user experience which represents the best that mobile devices have to offer.

There are a few very popular mainstays on the list, such as Evernote, Monument Valley and Paper by Facebook. But there are also some apps that you might not have seen before, such as the iPhone camera app Manual and a beautiful new messaging app called Wire.

The full list along with links to download each app for various supported platforms follows below in our source section.