I may have received the crappiest gadget ever for Christmas 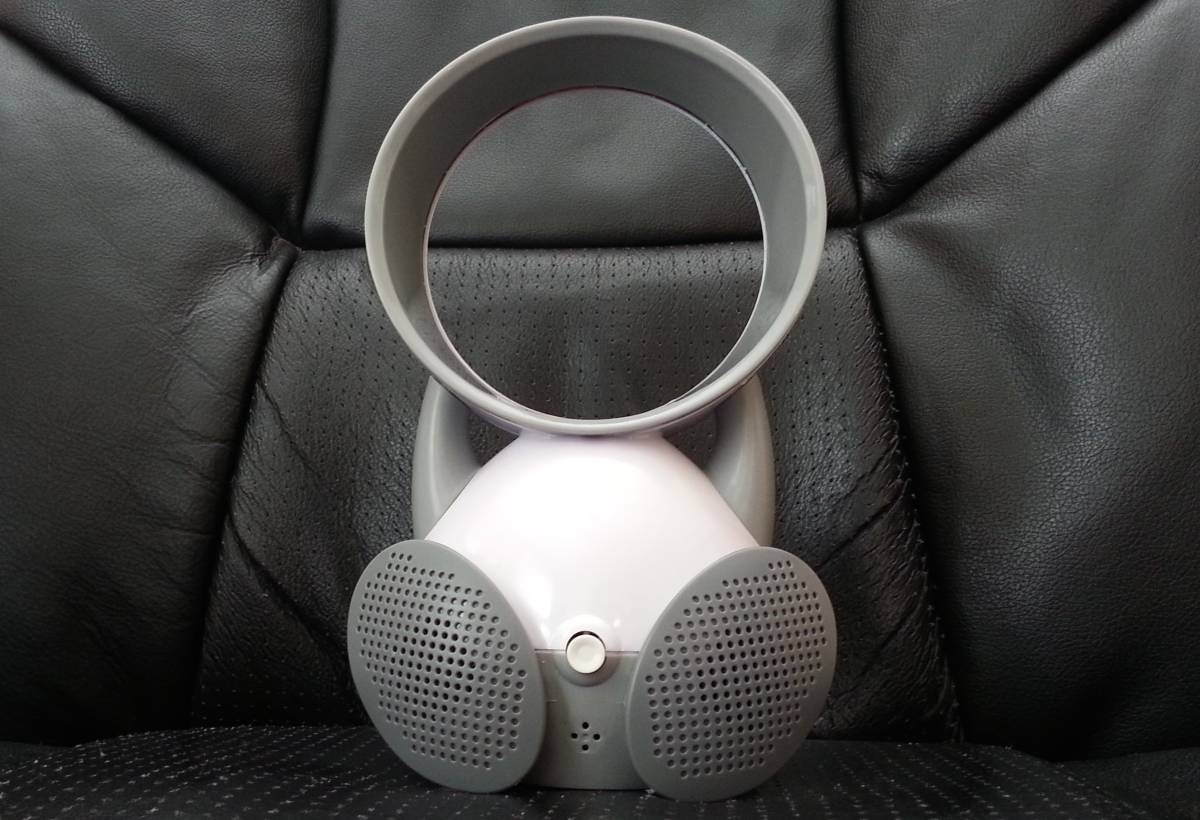 One of my relatives got me a gift for Christmas that might be the single crappiest gadget I have ever used. I am not exaggerating: The device in question claims to do three different things and it does all of them horribly.

Before I go any further, let me be clear that this relative normally gives excellent gifts and that I love them dearly. On the other hand, when they win free gadgets at their local casino, they just can’t help but wrapping it up and sending it to me for Christmas, especially since I write about technology for a living.

The free casino gadget that I received this year was the Qbos USB-Powered Bladeless Fan Multi-Media Speak & Mic. As you can see in the picture below, that really is the device’s full name.

My wife and I were… befuddled when we first unwrapped this device because neither of us understood why anyone would want it. I mean, it’s a blade-free fan that you can also talk into. About the only function I can think of for this would be to help cool off sweaty singers during the summer months in Thailand karaoke bars, but that’s about it.

But while the device seems to have rather limited uses, at least it does promise to cool you down and give you a speaker you can hook up to your computer… except that it fails miserably at these functions.

When we turned on the fan we found that it will blow cool air on you if you hold it approximately one foot away from your face — otherwise, you’ll get nothing. The fan was also annoyingly loud and we couldn’t stand the thought of it being on all the time.

As for the speakers, we soon discovered that my wife’s old iPhone 4 actually offered better sound quality, as songs that we tried playing over it sounded tinny and were marred by constant static.

And here’s the real kicker: Even though the device boasts of having a built-in microphone, the actual mic is located at the very bottom of the device between the two speakers. And given how poor the device’s overall hardware is, you have to speak directly into the mic to get any reasonable sound. As you can see in the closeup below, speaking directly into the microphone makes you feel as though you’re whispering sweet nothings in between someone’s butt cheeks.

Of course, you also have the option of hooking up a microphone to the back of the device, but the device doesn’t come with a microphone intact, so unless you’re willing to pay extra, you’re stuck with the butt-crack mic.

So there you have it. This is without a doubt the crappiest gadget I have ever used, although I imagine that many other people out there have received even worse ones.

In fact, this gives me an idea: If you received an atrociously awful gadget for Christmas this year, send me a picture of it and a brief description to my email brad@bgr.com. In a few days I will post the most hilariously bad Christmas gifts you got this year just for fun.

So get cracking, loyal readers. Send me pics of those terrible gadget gifts!