The holidays are almost here: These are the best tablets you can buy 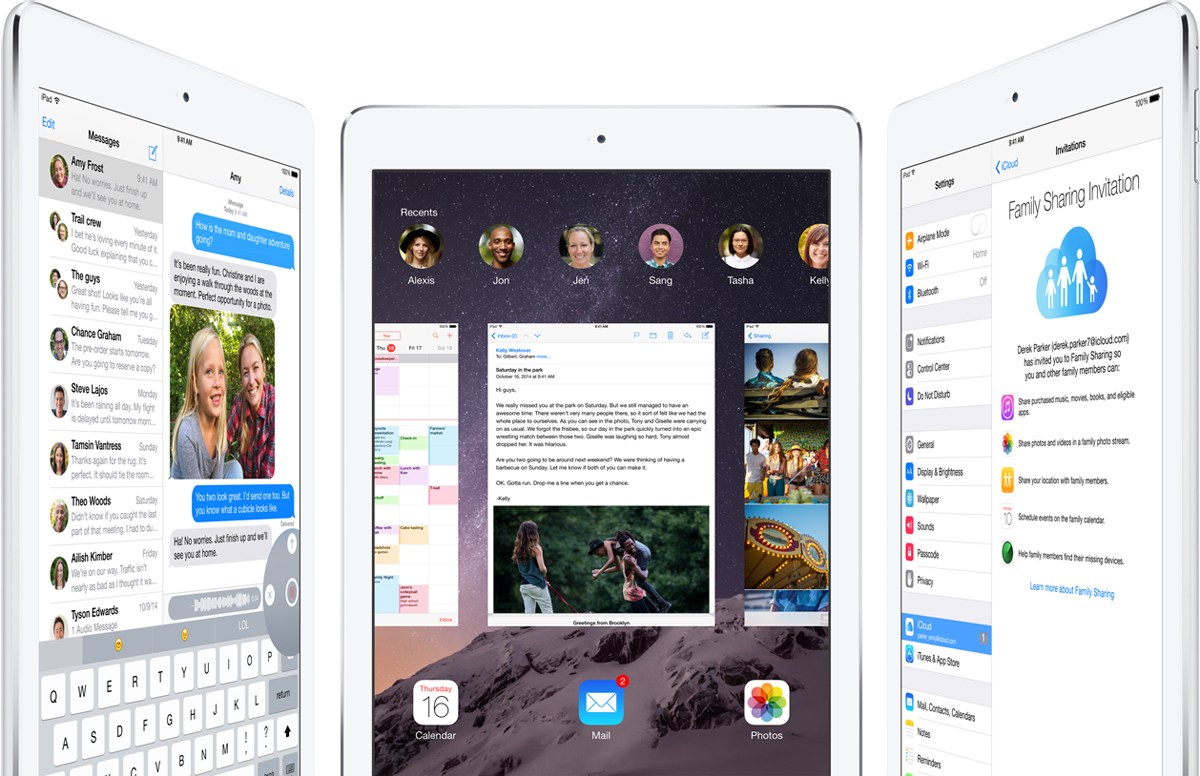 When Apple’s iPad first started blowing up and other consumer electronics companies rushed to copy it, tablets were seen as the next huge growth market. Fast-forward to 2014 and we’re already seeing sales growth slow to a crawl. For many, tablets are nonessential devices and they also don’t needed to be upgraded as frequently as a smartphone, so it makes sense that the market for slates is much smaller.

Of course, tablets are still fantastic devices for millions of consumers out there. They also still make great holiday gifts, so here are the five best tablets on the market.

Apple’s brand new iPad Air 2 is the best tablet on the market. Period. Performance is top-notch, the housing is unbelievably thin, and the aluminum design is absolutely gorgeous.

Of course, the most important thing about a tablet is the third-party app ecosystem that surrounds it, and it simply doesn’t get any better than iOS. iPad buyers will find everything they need in Apple’s App Store, and the user experience is fantastic, as always, thanks to the great developers that build iOS apps and the great tools that Apple provides them.

Where Apple’s iPad Air 2 is absolutely the best media tablet on the planet for play and for some light work, Samsung’s Galaxy Note 10.1 (2014 Edition) is the best for productivity.

Samsung’s Note suite of apps and Android tweaks makes multitasking a breeze, and the ability to have several apps open on the screen at the same time provides an almost desktop-like experience. Mix in the S Pen and all of Samsung’s great stylus features, and you’ve got a tablet productivity experience that can’t be matched.

The Nexus 9 is Google’s first crack at a premium tablet, and the company did a fantastic job with HTC’s help.

HTC is no stranger to premium products, of course. As we noted in our Nexus 9 review, the beautiful design and fantastic build on the HTC One (M8) is what drew Google to HTC in the first place.

The Nexus 9 sports a great design and impressive specs, and performance is nice and smooth. What’s more, it offers a pure Android 5.0 Lollipop experience out of the box, and you’ll always have access to Google’s latest and greatest software before anyone else.

Here is our Nexus 9 review.

If you’re looking for an Android tablet and price is your top priority, you won’t find a better value than the Asus MeMO Pad 7.

This Android 4.4 KitKat device features a 7-inch display with 1280×800 resolution and a sleek design. It also sports a quad-core 1.33GHz processor, 1GB of RAM, 16GB of internal storage plus microSDHC support and up to 9 hours of battery life.

Last but certainly not least, we have a hybrid device that is shockingly affordable for a tablet that can pull double duty as a full-blown laptop.

The Asus Transformer Book T200TA is an 11.6-inch Windows 8.1 laptop with decent specs and a battery that lasts up to 9 hours on a charge. Then, the display can be removed and the device can be used as a Windows tablet.

Apple’s iPad Air 2 has also been awarded a BGR Seal Of Approval, which we award to just a handful of products each year that have been thoroughly tested and found to be a cut above the rest. More information can be found here.