The 5 best iPhone and iPad games of November 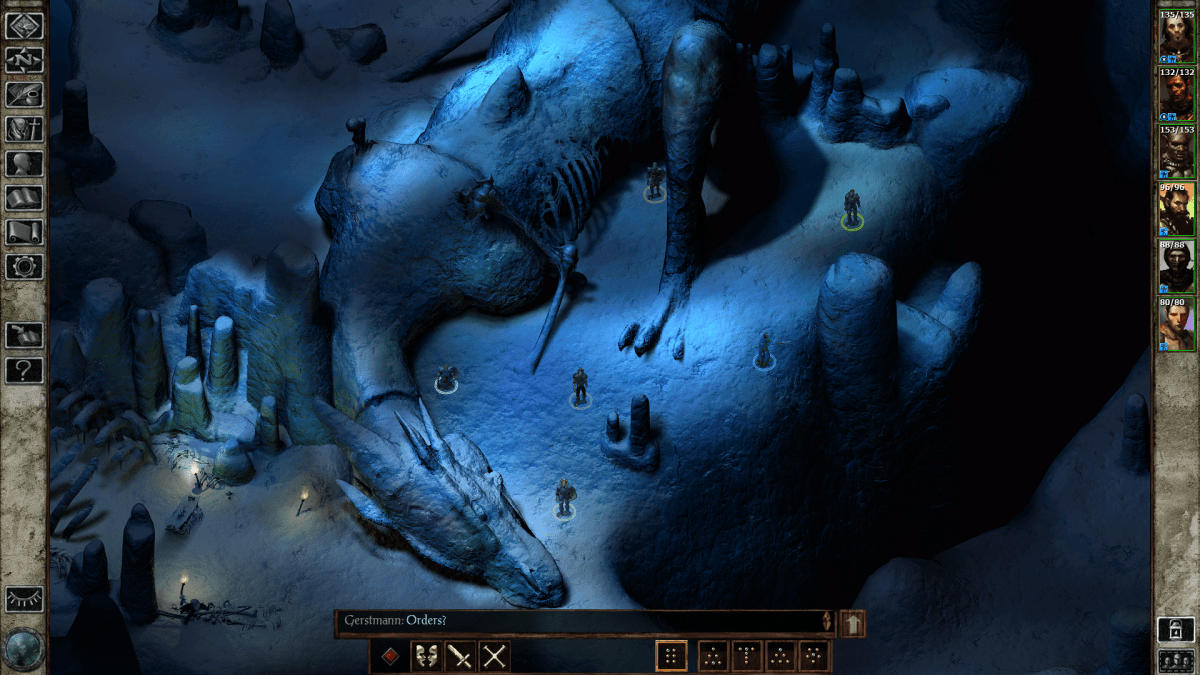 Here at BGR, we’re in the business of bringing you all of the best free iPhone and iPad apps every week, but there are plenty of apps on the App Store that deserve your hard-earned pennies. Today, we’ve rounded up five of the best iOS games of the month so far. November’s still not over, but these are the games that should be on your iPhone, iPad or iPod touch.

The price of each app can be found directly below the picture, and the download link follows the description.

XCOM®: Enemy Within is a standalone expansion to the 2012 strategy game of the year XCOM: Enemy Unknown and it’s now available on iOS devices! Enemy Within features the core gameplay of Enemy Unknown plus more exciting content. Check out the new soldiers, abilities, enemies, maps, missions, and multiplayer mode for the fresh new strategy gaming experience!

• New Weapons and Equipment: Give your operatives an extra tactical edge with new projects from your engineering team and the Foundry.

• New Strategic Resource: A valuable new alien resource, known as Meld, has been discovered. Secure it on the battlefield, research a new technology to unlock its power, and use it carefully back at base to unlock new upgrades and weaponry.

• New Story Elements: Investigate a terrifying threat in an abandoned fishing village, and defend the XCOM headquarters from alien attack in a series of new plot-driven missions.

• New Multiplayer maps, units, and abilities: Create your custom squad from a wider array of options and dominate your opponent in intense, one-on-one, turn-based matches.

Space Age is a game of cosmic adventure. Set in the retro-futuristic sci-fi world of 1976, it follows a small but determined band of intergalactic explorers who land on a seemingly uninhabited planet, Kepler-16. They soon discover there’s something both strange and familiar about this alien place… And what happens next is a clash of old and new, a battle of past mistakes and future fallout.

Space Age is a graphic adventure in the vein of 1990s classics, reimagined for the new millennium and its amazing mobile devices. Told in grand cinematic style, orchestrally scored, filled with drama, humor, and nostalgia, Space Age is a golden-age science-fiction story come to immersive life.

What can you expect from Space Age? Why, no less than:

Space Age is a game to fall in love with.

Monument Valley, one of the best iOS games of the year, technically came out in April, but its $1.99 Forgotten Shores expansion is said to double the amount of content in the game. We couldn’t help but include it on this list.

In Monument Valley you will manipulate impossible architecture and guide a silent princess through a stunningly beautiful world.

Evil stirs beneath the Spine of the World.

In the northernmost reaches of the Forgotten Realms lies the region of icy tundra known as Icewind Dale. Journey deep into the Spine of the World mountains, a harsh and unforgiving territory settled by only the hardiest folk. Encounter fearsome beasts that have learned the cunning and ferocity needed to survive among the snow-shrouded peaks. Confront an evil that schemes beneath the carven glaciers and mountainsides to wreak destruction upon the face of Faerûn. This is the world of Icewind Dale: Enhanced Edition.

Originally released in 2000, Icewind Dale is a Dungeons & Dragons game set in Wizards of The Coast’s legendary Forgotten Realms. This Enhanced Edition allows a new generation of players to experience this epic adventure.

– Swords and Sorcery: Discover dozens of new spells and items, including new magic armor and weapons.

– A New Look: Experience the Enhanced Edition’s all new interface, including the new Quickloot bar.

– More to Experience: Enjoy the countless bug fixes and improvements that await you in Icewind Dale: Enhanced Edition!

Meet Zak – a bumbling alien spaceship Janitor and wannabe Flyhunter. Zak is a “Zursk”- one of three alien species from Burgarol 3. He works on board the Flyhunter Crew’s legendary spaceship; ‘The Frog’ but deep down he longs for an exciting adventure of his own.

Somewhere in Earth’s orbit while the heroic Flyhunters are deep in cryo sleep, The Frog’s cargo of super-important insects from the latest hunt is mysteriously jettisoned into Space, crash-landing back on planet Earth. It seems that clumsy Janitor Zak is the only one around to save the day.

Can this accidental hero swap his tiny mop for an epic Fly Swatter and take on the role of daring Flyhunter? It’s a good thing Zak is used to cleaning up – because he is in a huge mess! Help this little dude complete his mission before “The Investors” find out their expensive bugs are missing!

Flyhunter Origins can only be played on iPhone 5 and iPad 3 upwards.