CounterSpy review: Your mission, should you choose to accept it 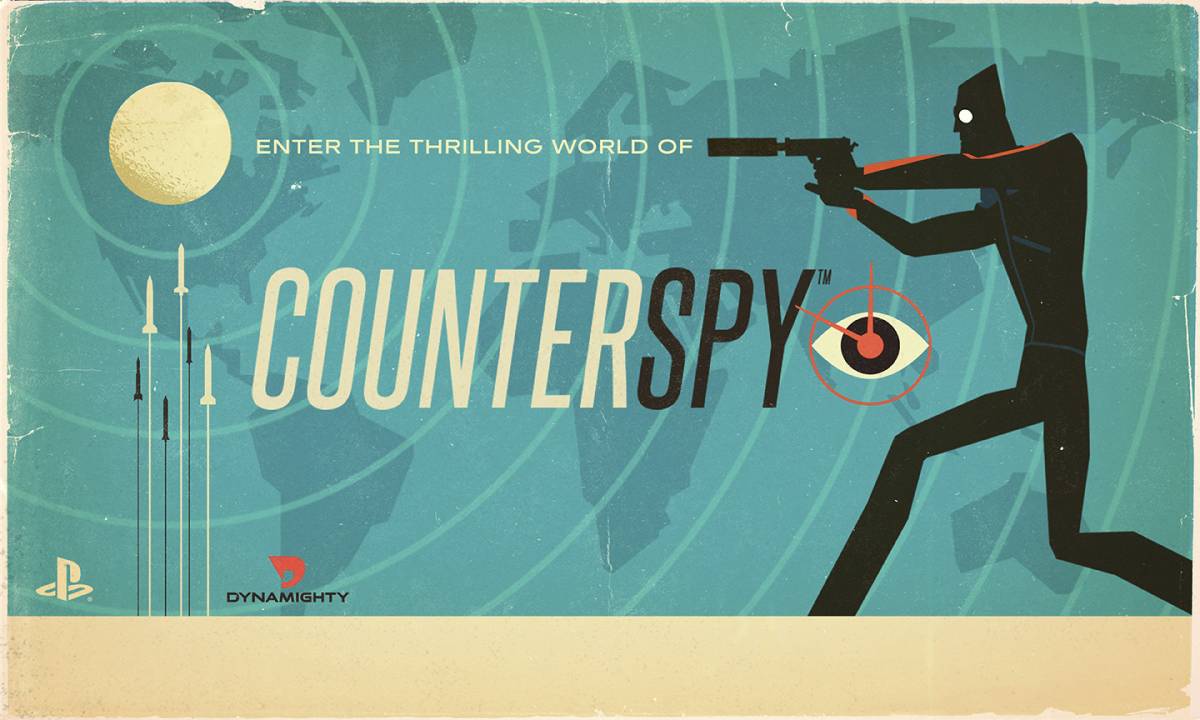 I’ve never been particularly good at stealth games. Either I don’t have the patience or I’m just not savvy enough to pick up on important cues from the bad guys, but my experiences have been repeatedly soured by my lack of skill. Fortunately, CounterSpy is a very different kind of stealth game, but all of the best aspects from the genre have been carried over. It’s a thoughtful, fast-paced game with impeccable style and enough collectables to keep you coming back for more even after you’ve saved the world once or twice.

CounterSpy caught me off guard (if you’ll excuse the pun). I was expecting a 4-6 hour side-scroller with a clear-cut beginning and end, but what I got instead was a 2-hour-long arcade game where I competed on a leaderboard to get a high score.

The premise of CounterSpy is as ridiculous as any classic James Bond movie — the world’s two superpowers, the Imperialists and the Socialists, are trying to blow up a chunk of the moon as a show of force. The only problem is that when one country launches its nuclear missiles, the other will follow suit, resulting in an explosion large enough to knock the moon off its trajectory and send it hurtling towards Earth, erasing humanity and all life on the planet.

For each mission, you are able to choose whether you want to infiltrate the Imperialists or the Socialists. Levels are procedurally generated, so no matter which side you choose, or how many times you play, you’ll always get a slight variation on one of several layouts. As with any procedural generation, there are advantages and disadvantages, but the level design is smart enough that the frequent repetition didn’t bother me.

Before the mission begins, you’ll be given the option to buy and equip weapons or formulas you discovered during previous outings. There are lockers and vaults in every level which contain files your organization can use to research new equipment for future missions.

Once you’re all kitted out, you’ll be dropped outside of a command post/government base of operations/missile research facility and have to work your way to the end using a combination of stealth and lethal force. The quieter you are, the easier the level will be for a whole host of reasons. First of all, the AI has pretty good aim. You aren’t a super soldier — if you absorb enough gunfire, you will die, which leads us to the other reason why stealth is important: DEFCON.

The key mechanic to CounterSpy is the DEFCON meter. A scale from 1-5 inches up when enemies call in your location or when you’re spotted by surveillance cameras but shoots up a full number when you die. If it hits the top, a countdown timer begins and you’re suddenly on a clock. If you don’t make it in time: BOOM. There goes the moon. As you bounce between missions, it’s important to keep an eye on your DEFCON meter for both the Imperialists and the Socialists, an interesting counterbalance which can influence your decision of which mission to take next.

Although CounterSpy is a 2D side-scroller, the levels are 3-dimensional, which means that when you pull out your weapon, you have a full 3D view of everything in front of you. This makes for some very entertaining firefights as enemies run for cover in the foreground and background while you try to pick them off.

Frustratingly, as the missions get more difficult, the enemy forces can become overwhelming. It’s always trying when several men across the room are shooting rockets while you try to fend off half a dozen machine gun-wielding troops 10 feet in front of you. But despite some annoying AI and occasionally clunky controls, the quick levels are perfectly suited for shorter sessions.

Not only is CoutnerSpy a whole lot of fun, it’s also one of the most stylish games I’ve played this generation. The sharp angles, bright colors, jazzy tunes and incredibly evocative levels make it even more believable that the Dynamighty team is made up of veterans from LucasArts and Pixar. Between this and Hohokum, my PS4 could be the best screensaver ever made.

CounterSpy is available now for the PS4, PS3 and PS Vita on the PlayStation Store for $14.99.

Sony provided BGR with a digital copy of CounterSpy for this review.