Hohokum review: Eye for an eye 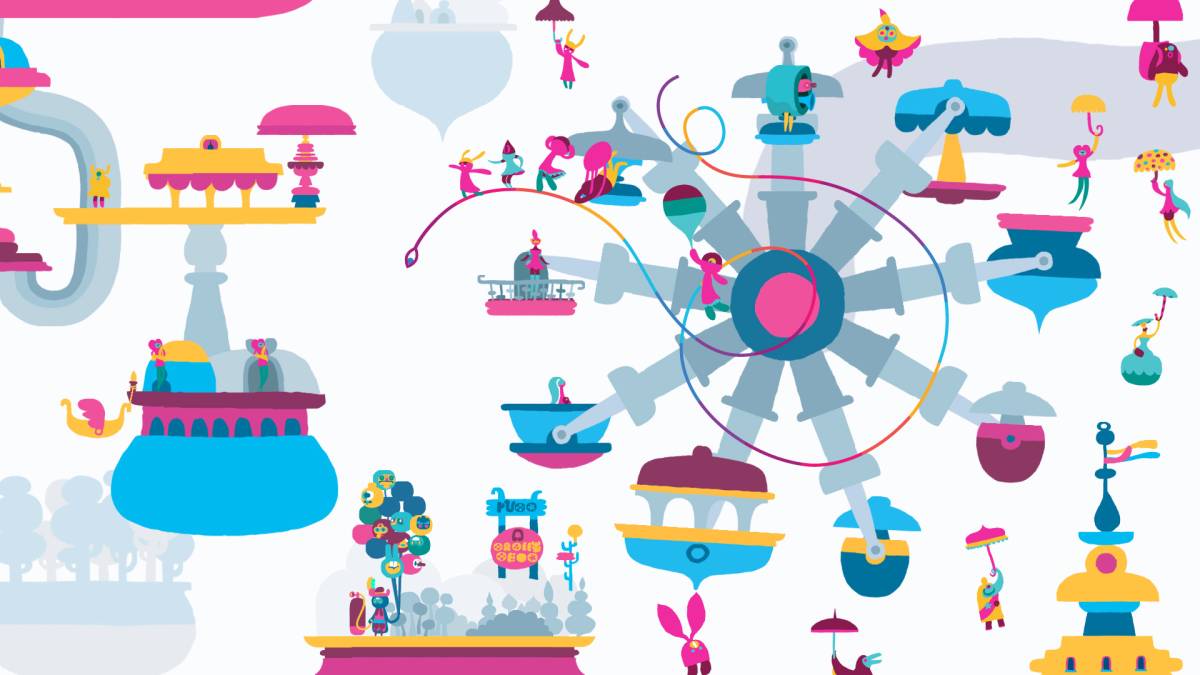 I can’t figure out how best to describe Hohokum. Interactive scenery would do developer Honeyslug an injustice. Movable soundscapes might be more accurate. Whatever Hohokum is, it’s what it isn’t that makes it so special. It’s not a puzzle game, it’s not an adventure game and it’s not a platformer, but it has elements of all three. Hohokum is the latest in a lineage of downloadable PlayStation exclusives that redefine gaming in small but meaningful ways.

I’d played Hohokum twice before I got my hands on the full game. Both times I tested the patience of the person giving the demo because I couldn’t put it down. In Hohokum, you control a flying eyeball known as “The Long Mover,” which has a very long tail and travels through portals from one world to the next, collecting its lost friends along the way. It’s a simple tale but an oddly affecting one — every time I found another friend, I felt a sense of accomplishment, as if I might be brightening up the day of my cycloptic companion.

In order to save the other one-eyed creatures, you’ll have to figure out the goal of each stage. There are 17 unique stages throughout the game, some of which are packed with friendly, goofy cartoon characters and others of which are relatively barren. Some will require you to complete a series of creative objectives while others are exceedingly passive. The joy of Hohokum lies in the discovery of how to approach each space.

Moving around the world of Hohokum is smooth and wonderful as well. The Long Mover’s movements are precise and balletic and you might find yourself wasting time doing somersaults rather than trying to accomplish any objectives.

Because the game is fairly obtuse, it’s important to be patient with the puzzles. Some will be immediately apparent and others will force you to float around for a while, but the moment of clarity is always worth it.

And the music! My god, the music is perfect. I’d be tempted to say that even if the game doesn’t look like your cup of tea, it’s still worth picking up just to be submerged in the soundtrack.

Outside of the actual game, it’s worth noting that a single purchase will net you the PS3, PS4 and PS Vita versions of the game, all of which support cross saves so you can carry your progress from one platform to the next. The game plays just as well on Vita as it does on the home consoles, but you’re missing out if you can’t experience Hohokum on a big display.

My sole complaint runs counter to the spirit of the game, but it might be the only reason I managed to tear myself away from Hohokum long enough to write this review: searching aimlessly for the last few levels did become tedious. As joyous as the traversal is, I could only spend so much time zooming from one end of a stage to the other in search of that last portal before the frustration began to sink in. A more patient player probably won’t share this gripe, but for me it was a tiny blemish on an otherwise flawless adventure.

Hohokum is a beautiful experience on par with Flower and Journey, two of my favorite games of all time on PlayStation consoles. If Flower and Shadow of the Colossus had a really artsy baby, it might look something like Hohokum, and I don’t know if I can give the game much higher praise than that.

Hohokum is available this Tuesday on the PlayStation Store for $14.99 or $11.99 for PlayStation Plus members.

Sony provided BGR with a digital copy of Hohokum for this review.