How to make long flights tolerable for just $60 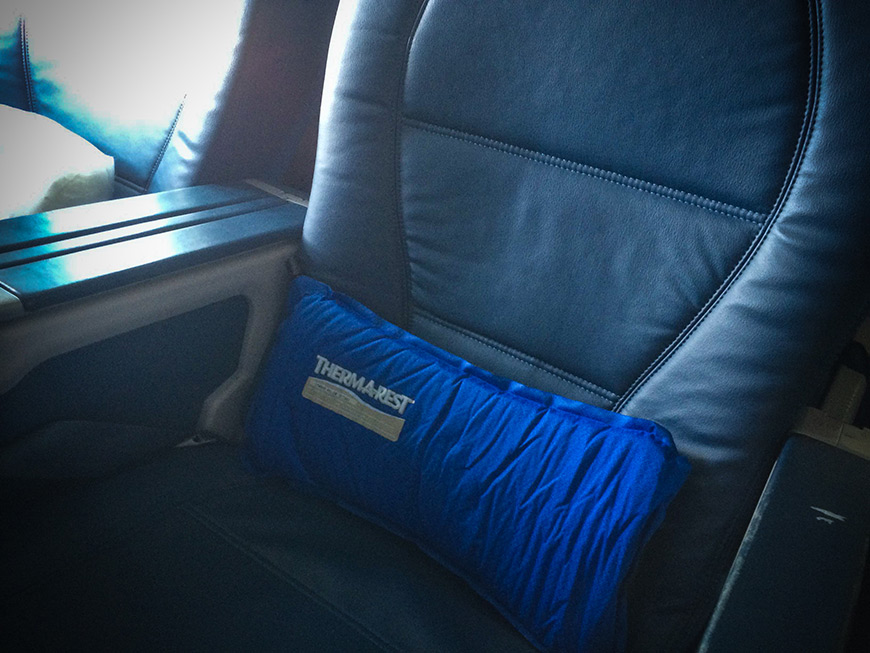 Flying is amazing. You can start your day in Russia, and finish it in Reno. You can travel in relative comfort at over 500 miles per hour. Of course, the operative word here is relative. Few things are sweeter than figuring out a way to cruise in business class as you cross an ocean or two, but if I’m honest, it’s pretty impractical for the vast majority of humans. So, do you squeeze yourself into an impossibly tight seat for 13 hours to get from Atlanta to Seoul, or do you stay home and spend the day clicking through Google Images?

I’ve endured my fair share of excruciatingly long flights in economy class, and there’s really no redeeming quality to the experience. The only benefit is that you arrive somewhere different. In fact, a quick Google search for “how to survive long flights” yields page upon page of tips from here, there, and yonder. I suppose I’m adding yet another to the pile.

At some point in the recent past, I realized that much of my discomfort came from the overall lack of padding in the typical coach seat. “If only this thing were plush,” I’d think, “then I’d be able to get some sleep.”

If you’ve thought similar, I’d like to offer you a potential solution. Therm-a-Rest is a company I’ve trusted for decades — first as a wee camper in the Boy Scouts, and now, as a routine flyer. It offers a number of compact, inflatable pads that serve many purposes, and as it turns out, a $60 duo works magic on making long flights less awful.

The $30 Lite Seat is a rectangular pad that weighs just 3 ounces. The $30 Lumbar Pillow is a peanut-shaped pad that weighs 4 ounces. Both can be inflated with around two puffs into a rugged twist valve, and they can each be deflated in under 5 seconds by opening said valve and rolling them up. They take up next to no space in my backpack, and given the bright colors that they ship in, they’re practically impossible to leave behind.

Those are the stats; now, allow me to explain why they’re so amazing. The Lumbar Pillow serves two purposes. For one, it provides lumbar support — shocker! But it’s impossible to overstate just how incredible this is on long haul flights. The typical economy seat provides no support whatsoever for your lower back, and even if you don’t realize it, that lack of support could be preventing you from dozing.

Secondarily, it makes a great between-the-leg pillow for the magical moments that you find yourself in business or economy comfort and are able to turn on your side. I generally don’t inflate it completely, but you have near-infinite flexibility in making it larger or smaller depending on what’s comfortable for you.

The Lite Seat is even more useful. I usually toss it under my derriere with minimal inflation — it’s truly astounding how much more comfortable it is to sit on a fresh blanket of air compared to a highly compressed airline seat bottom. If there’s no need for that, I take a bit of air out if it so that I can fold it over on itself, creating a wedge that sits up nicely against a window and creates a phenomenal head rest.

Before I purchased these two, I had a heck of a time sleeping on redeye flights — as in, I couldn’t fall asleep, regardless of how tired I was. A few weeks ago, I found myself in a standard economy seat on a 4.5 hour redeye. Before the safety talk was over, I had both pillows situated, earplugs in, and eye shade down. Around 15 minutes later, I was out. The next thing I heard was an announcement that we would be landing in 20 minutes. You might brush this off, but I went from being in total misery to sleeping through an overnight flight. The only change in the entire equation was the addition of these two pillows.

If you fly routinely, this pair is a no-brainer. It’s no fuss comfort that’s easy to pack, easy to use, and easy to appreciate. Sometimes, it’s the simplest of technologies that make the biggest impact.