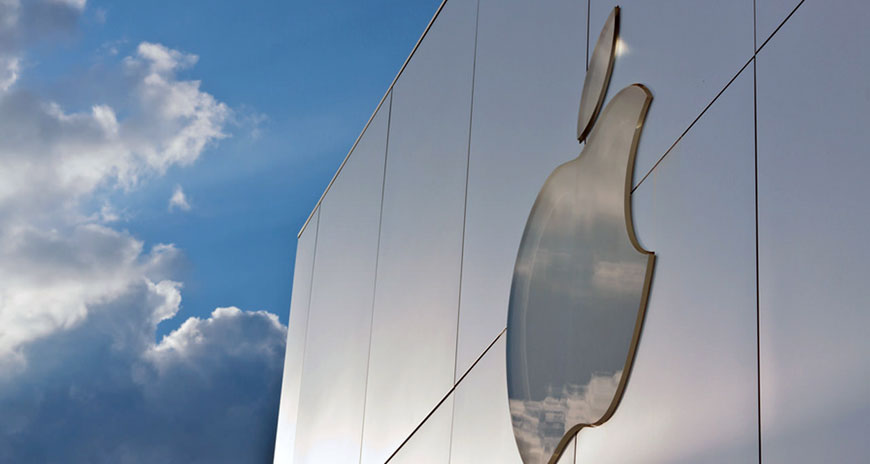 Apple’s stock has been soaring lately, up more than 24% over the past three months. Shares took off in late April when Apple announced a 7-for-1 split that would take place in early June, and the stock has kept climbing gradually ever since, inching closer to an all-time high that now sits just north of $100 after adjusting for the split. And if Apple managed the blowout quarter some industry watchers are expecting it to report on Tuesday afternoon, $100 might not be far behind.

Following a surprise beat in the fiscal second quarter of 2014, when Apple posted a net profit of $10.2 billion on $45.6 billion in quarterly sales, Apple is seen having kept up the pace in the June quarter.

According to analysts polled by Thomson Reuters, Apple is expected to report a fiscal third-quarter net profit of $7.49 billion, up 9% from the $6.9 billion profit the company posted in the year-ago quarter. That translates to earnings of $1.23 per share. Revenue is also expected to improve on-year to $37.99 billion, up from $35.3 billion in the fiscal third quarter last year.

Apple’s own FQ3 guidance called for revenue to fall between $36 billion and $38 billion last quarter.

The numbers are now in and Apple beat estimates, having managed earnings of $1.28 per share on revenue of $37.43 billion in the fiscal third quarter. Apple’s net profit climbed to $7.7 billion and its gross margin was 39.4%.

Where Apple’s star product line is concerned, analysts were expecting the company to sell 36 million iPhones during the June quarter. Actual iPhone sales missed the consensus, but still climbed 12.7% on year to 35.2 million units. As always, Apple did not share the split between the various iPhone models it sells.

Apple’s board of directors has declared a cash dividend of $.47 per share of the Company’s common stock. The dividend is payable on August 14, 2014, to shareholders of record as of the close of business on August 11, 2014.

“Our record June quarter revenue was fueled by strong sales of iPhone and Mac and the continued growth of revenue from the Apple ecosystem, driving our highest EPS growth rate in seven quarters,” said Tim Cook, Apple’s CEO. “We are incredibly excited about the upcoming releases of iOS 8 and OS X Yosemite, as well as other new products and services that we can’t wait to introduce.”

“We generated $10.3 billion in cash flow from operations and returned over $8 billion in cash to shareholders through dividends and share repurchases during the June quarter,” said Luca Maestri, Apple’s CFO. “We have now taken action on over $74 billion of our $130 billion capital return program with six quarters remaining to its completion.”

Apple is providing the following guidance for its fiscal 2014 fourth quarter:

• gross margin between 37 percent and 38 percent