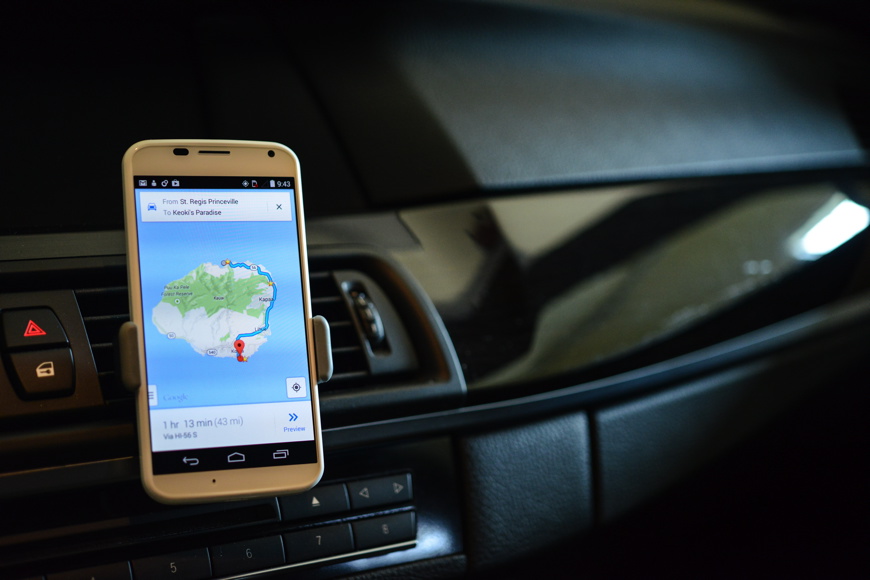 I’m hoping that things change in the (near) future, but for now, my smartphone outsmarts any in-car navigation system that I’ve seen. To date, I have yet to find anything as excellent as having Google Maps leading the way, which presents a relatively simple problem: How is one supposed to mount his or her phone in their vehicle without leaving any permanent scars?

In prior years, I relied on a cumbersome (albeit inexpensive) Arkon mount, but I found that it wasn’t the greatest for staying in place when whipping around turns. Or, you know, turning into a grocery store parking lot at moderate speed. So, I did what any savvy technology user would — I asked the good folks at Wirecutter.

While Kenu’s $25 Airframe wasn’t the site’s top choice, it came in a close second. Beyond that, though, the Airframe offers something that most other universal mounts do not, and that’s portability.

I travel as much as humanly possible, which means that a mobile mount is important. Even when it comes to swapping mounts between cars in the driveway (let alone bringing a mount along for use in a rental), the Airframe makes the process simple.

The hardware itself is beautiful in its simplicity. Instead of trying to overengineer things, the folks at Kenu built what appears to be the most spartan solution to my aforesaid quandary. On the rear, you’ll find four rotatable nubs covered in rubber; beneath those housings, there are rigid metal tips that can be bent and shaped to fit any (seriously, any) vehicle’s air vent.

The only other moving part is a spring-loaded front plate that pulls apart from one side. While it’s designed for one-handed operation, I found the spring too stiff and relied on two for my own satisfaction.

Don’t get me wrong — the strength of the spring is what makes this product special. You pull the spring out, slip your phone inside, and let it close back. Trust me, it’s not going anywhere once the death grip is applied. The sturdy build of the Airframe truly trumps the flimsy nature of most alternatives.

The only real cons I could find were as follows: if you’re using a bulky phone case (like an external battery pack), the Airframe’s wings will likely be too shallow to grip it, and given its bantam stature, it’s exceedingly easy to leave in a rental car.

It’s also pricier than a lot of rivals, and it rubbed me the wrong way that such a tiny product demanded such a premium. After using it at home and on an 800 mile road trip, though, it’s proven its worth.

Look at it this way: you can buy a single Kenu Airframe, or buy a cheaper mount every six months or so as they eventually fall apart. To me, it’s a pretty easy choice.