The Boy Genius Report: Can we please stop talking about how bad Apple’s CarPlay is? 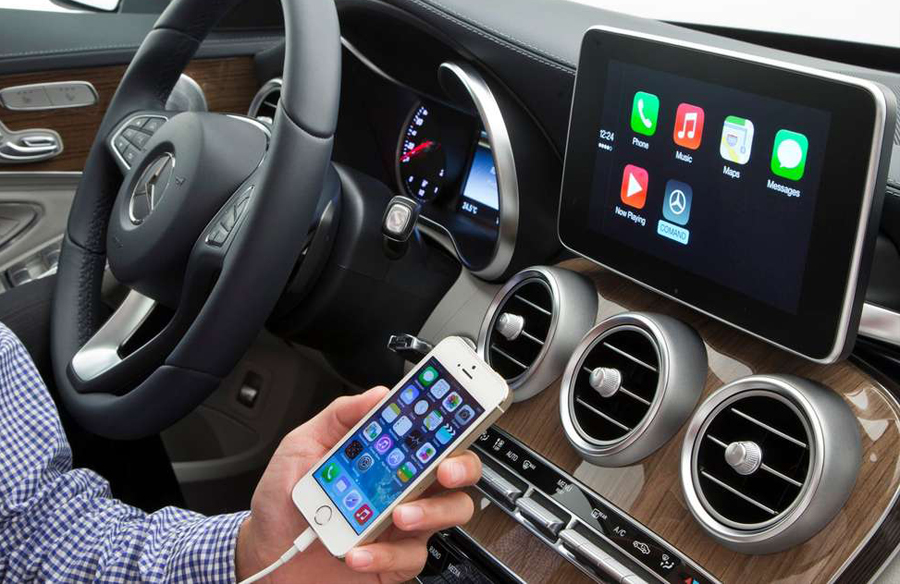 I don’t think there’s anyone more excited than I am about never having to deal with a terribly designed car infotainment system again. I have used the best and the worst, and they are all downright horrible. I have also found that the more expensive the car, the worse the system you’re stuck with is. Bentley? The worst. Mercedes? Getting better but still horrid. Porsche? Functional but basic. Tesla is in another league so we’re going to leave them out of this for now. But seriously, let’s just go over this one time and one time only so we don’t ever have to speak about it again, alright?

Do you want to know the reason why? Because you still need to be able to access everything you want to control in your car if you don’t have an iPhone, or if your iPhone is not connected. It’s as simple as that.

No iPhone, you get whatever terrible infotainment system your car comes with. Have your iPhone connected? You get the CarPlay interface with the ability to switch back to the car manufacturer’s system. Apple needs to make sure CarPlay works on a wide variety of touchscreens and hardware.

Yes, the car’s infotainment systems run QNX. Yes, Apple has worked with QNX before because Apple has been integrated in practically every single car made since the mid-2000s due to the iPod integration. This is not a big deal, people, and BBRY should not be rising because of this news, unless people trading the stock are completely uneducated and irrational and… never mind. Let’s continue on.

There have been three manufacturers that have shown off CarPlay so far, with much more coming later this year. They are Volvo, Mercedes and Ferrari. The integration of CarPlay in these vehicles ranges from great to bad, and here is why this is a big deal: Apple has no control over the components of the infotainment system.

CarPlay is an add-on feature, nothing more at this point. Apple can’t dictate the touchscreen, or whether it is resistive or capacitive. Apple can’t dictate the chip that the system is using for processing. Apple can’t dictate anything. That’s why we’re seeing such a wide range of CarPlay executions so far. Volvo has been the best because Volvo’s new infotainment system comes with a capacitive display. The company has worked CarPlay into the system beautifully to be able to use both CarPlay and other features of your car that have nothing to do with CarPlay at the same time, like controlling the A/C, for instance.

This is why you see some demos of CarPlay with the icon highlighted, something you never see on iOS, and it’s because you are using a rotary knob to control the interface, again, something Apple has never allowed on iOS before. This is a big step for the company, albeit a complicated one in which Apple has little to no control, which is why we are seeing such varying levels of performance.

What do you think Apple should have done? Waited until there was absolutely no ground to stake and just given up on being part of the car experience? Let Google try to take over the cockpit and just sit back?

CarPlay is way better than what any car I have ever been in offered in its current form. There is no reason Apple should have sat this out.

I believe that if and when CarPlay is successful, Apple will be able to start to exert more control and work more closely with car manufacturers to offer even better integrated solutions. There is absolutely no reason why a car manufacturer should have to design and support infotainment systems anymore, at least not related to the basic core functions that a smartphone offers like mapping, calling, texting, music and so forth.

I believe that our phones will be able to power the entire world around us. We won’t need computers anymore, just screens that turn on when we are sitting in front of them with our phone, cars that display the contents of whatever you need to see from your phone, TVs where you can see all of your music and video content from your phone.

We’re getting closer to that point in time and CarPlay is a great step towards it.

The Boy Genius Report is a periodic column written by BGR founder Jonathan S. Geller. It offers insights and opinions on various products, companies and trends across the consumer electronics business and beyond. Jonathan can be reached at jonathan@bgr.com.