Review: Thief for the PlayStation 4 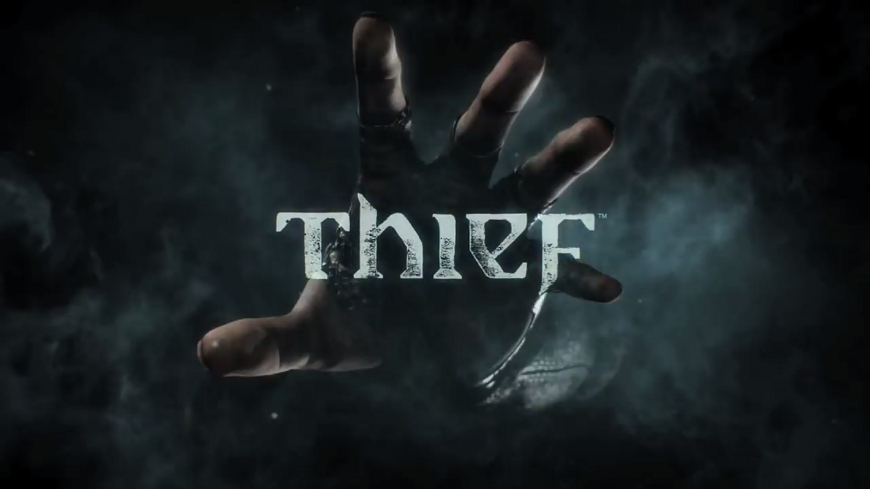 Thief might be the fastest-paced stealth game I’ve ever played. Garrett, the master thief and reluctant protagonist, is swift, agile and sturdy, three traits that you’ll have to take advantage of in order to survive while sneaking, climbing and fighting your way through the streets of The City and its bordering regions.

Thief is Eidos Montreal’s reboot of the classic franchise, but the story is accessible without any prior knowledge of the series. There are elements of the first three games throughout the storyline, and Thief does take place primarily in The City, the same medieval, gloomy setting as the rest of the series, but this title stands on its own.

In this incarnation of Thief, Garrett is a stereotypical lost soul, stealing to stay busy rather than pledging allegiance to any moral code. He lacks friends or family, save for his confidant and job-organizer Basso and his protege Erin. In the first few minutes of the game, Garrett and Erin find themselves at the scene of a strange ritual, one which Garrett is unwilling to investigate. He calls off the heist, but Erin, being the reckless student that she is, can’t help but disobey. The series of events that follows sets the stage for a cliche-ridden, but undeniably enjoyable tale of political intrigue, mysterious disease, convenient amnesia and supernatural occurrences.

The story unravels throughout The City, a segmented “open world” which serves as a hub for both the missions and the side quests. I put “open world” in quotes because each enclosed area is separated by a loading screen, one which you will be very familiar with by the end of the game. In The City, Garrett is free to explore to his heart’s content, slinking past guards, knocking out passersby, invading the homes of the wealthy and doing everything in his power to figure out how that one location on the incomprehensible map could possibly be reached.

As limited as The City is compared to some of the other games in the genre, Eidos took the time to inject life into every single corner. Considering how much time you’ll spend in corners while eluding the watchful guards, it’s something you’ll come to appreciate. Bounding from rooftop to rooftop, you start to get a feel for The City early on. Although the map leaves something to be desired, it won’t be long before you know your way around. Until then, a marker hovering on your screen will always point you in the right direction; it’s up to you to figure out how to get there.

Accessing the missions is easy enough — the entrances to most story missions double as landmarks along Garrett’s path. The side missions are much better hidden. I finished a good chunk of the game before I realized that Basso had been building a log of jobs for me to perform in my downtime, which speaks to both how engrossed I was with the main missions and how easy it can be to miss (or entirely avoid) the side missions and character-specific quests.

There are eight main story missions, and each took me between 30-45 minutes based on the in-game timer. Counting my pratfalls into the abyss, my regrettable encounters with guards and the occasional attempt to try a part of the mission over again with a new approach, they were probably closer to an hour. On that last point, many games promise “limitless possibilities,” and although they’re all lying, Thief gets it about as close as I’ve seen.

If you prefer to stay hidden, patiently waiting for the perfect opportunity to slip through the level without so much as disturbing the dust on the coffee table, you have that option. You’d rather use the environment and the guards to your advantage, but you don’t want to knock anyone out? Go for it.

Now, if you’re like me, you’ll keep to the shadows for a few minutes, at least until you inevitably grow impatient, then run out with bow and arrows blazing, capping the Baron’s men left and right. If this is the path you choose, Thief is happy to provide you with all the necessary tools. At close range, Garrett can either quickly knock an enemy out from behind or bash away with his Blackjack until they fall. Garrett can usually handle face-to-face combat with a single enemy without much difficulty, but if more than one guard is alerted to his presence, it’s best to hightail it out of there.

From long-range, Garrett is much deadlier (and craftier as well). Garrett wields a compact bow which can fire a wide variety of arrows, each with a distinct purpose. The water arrows will put out open flames, the blunt arrows will break any conspicuously loose pulleys or activate hard to reach buttons, the choke arrows will leaves enemies gasping for air and I will spare you an explanation of blast arrows…ok, they explode.

Of course, there’d be no point in sneaking around if not for the bountiful loot strewn throughout the game. OCD gamers rejoice! Every cupboard, every desk drawer, every barrel could hold a ring or a brush or a golden teapot for Garrett to swipe. Objects are immediately converted to currency, each with their own value. Some collectibles are worth significantly more than others, and all of the unique contraband will be stored in Garrett’s clocktower hideout, a safehouse of sorts where you can sort through your inventory and move freely without the risk of an arrow to the back of the head.

Many of the riches Garrett finds will be sitting out in the open, but all the best loot is locked up. That’s where Garrett’s trusty lock pick comes in. The lock picking minigame is repetitive (slowly rotate the left joystick until the circle lights up), but never tedious. After more than 12 hours with the game, it has yet to get on my nerves.

Other non-combat tools can open grates, disarm traps and remove paintings from their frames. Using all of these tools in concert to carve out a path for Garrett was not only a ton of fun, but I never got tired of watching it unfold. You’ll have memorized each and every animation by the eighth mission, but the actions still feel kinetic ten hours in. You’re still clenching your controller as Garrett swoops into a closet seconds before a guard turns the corner or a growling dog decides to start barking. I don’t often use the word exhilarating  in a review, or at all, but Thief is exhilarating.

On top of the appropriately lengthy campaign, the dozens of side missions will keep you busy scampering around The City when you’re looking to take a break from the high energy story missions. It’s also the best way to quickly accumulate coins, which you can spend on upgrades for yourself and your weapons, along with trinkets to boost your stats and a resupply of arrows.

Some minor audio and graphical glitches aside, Thief is a stellar addition to the stark winter release schedule. There were elements of the game that felt a bit superfluous (like the Focus ability which I rarely used and failed to mention in this review), and I would have welcomed a more fleshed out plot, but the sheer fun of traversing The City and gathering all of that shiny loot far outweighs any issues I had with Thief.

Thief is now available for the PlayStation 3, PlayStation 4, Xbox 360, Xbox One and Windows PC.

Square Enix provided us with a digital copy of Thief on the PlayStation 4 for this review.