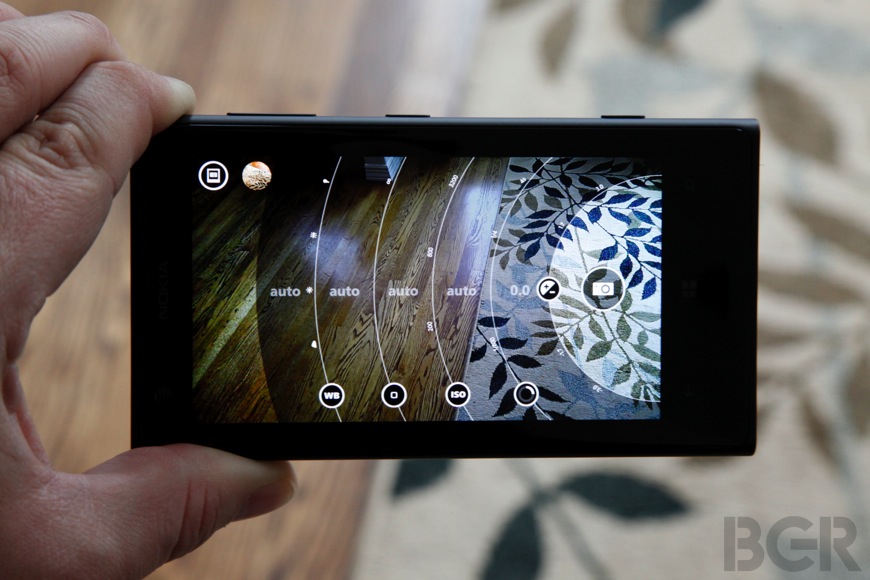 Apple’s iPhone 5s can certainly hold its own against most of the competition out there when it comes to camera quality, but Nokia’s Windows Phone-powered Lumia 1020 is the undisputed king of camera phones. We couldn’t believe how impressive the 1020’s camera was when we reviewed the handset last summer, especially in low light. It has now been nearly six months since we first tested the phone and there still isn’t anything else on the market that even approaches the Lumia 1020. One expert recently decided to pit the 1020 and Apple’s iPhone 5s against several DSLR cameras to see how far mobile cameras have come. In doing so, he also obviously compared the two devices themselves.

DPReview’s Dean Holland pitted the Lumia 1020 and iPhone 5s against five different DSLR models and one film SLR. Each of the DSLR models represented the best of the best for under $2,000 in the year it was released, with the oldest model having launched in 2003 and the most recent having debuted in 2012.

Beyond being among the best in the business, there’s another good reason Holland choses these two smartphones to test.

“They couldn’t be more different,” he wrote. “The iPhone 5S worships at the alter [sic] of convenience and speed, while the Nokia devotes everything to the best possible image quality. In the 7 seconds you took to read this paragraph, the iPhone could have taken 70 shots. The Nokia? Two. With another coming … wait a moment … almost there … now. Their camera apps are polar opposites too: the Nokia offers you full-time manual control over all the camera settings; the iPhone gives you almost none.”

Spoiler alert: Photos captured by newer DSLR cameras were found to be far better than those taken by either smartphone. Obviously.

Holland took a smart approach to this challenge, though. By using DSLRs that span nearly a decade, he’s able to determine where modern smartphone cameras are in relation to DSLR historically. This leads us to what is perhaps the most interesting conclusion:

“Gun to head … time to come up with a number,” Holland wrote. “How many years are smartphones behind the best $2,000 DSLRs? Comparing detail resolved, I’ll say the iPhone 5S currently sits 8-9 years behind the DLSRs in bright light, while the Nokia trails by less than 6 years — probably nearer to 3. This is even when you allow the DSLRs the luxury of a $1,700 lens, and shooting in raw. In bright light, the Nokia came close to competing with the detail from the best DLSR yet made.”

That’s a pretty huge margin of victory for the 1020.

He went on to note that the iPhone 5s and Lumia 1020 cameras trail DSLRs by a much wider margin in low light. He used a panel of 15 “non-photographers” to judge photo quality and found that the Lumia 1020 trails modern DSLRs by about 8 years in low light, which the iPhone trails by 10 years.

Holland’s piece on DPReview is a terrific read from start to finish, and it’s linked below in our source section.