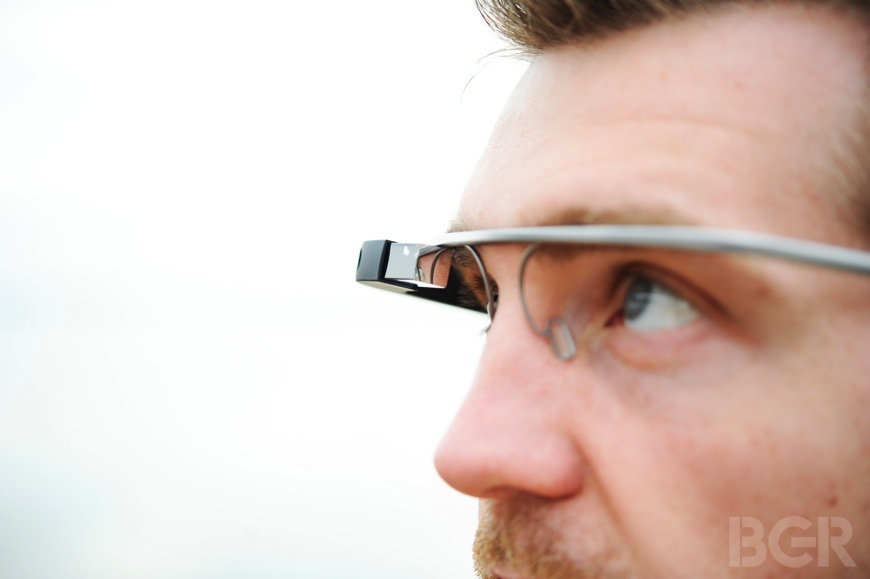 In a few short days, I’ll be headed to the year’s most frenzied electronics gala — a little gathering known as the International Consumer Electronics Show. I’ve been going since 2008, but this year I’ll be accompanied by something new: Google Glass. I recently joined a growing herd of Explorers, primarily to test out, report on and improve upon Weber Shandwick’s wpForGlass plugin — a piece of software that enables Glass users to publish entire WordPress posts on the go. (Full disclosure, I’m employed by Weber Shandwick.) As someone who knows all too well the friction-filled process of photographing, note-taking, securing a power outlet, cursing oversaturated mobile data networks, and attempting to file stories from within the crammed Las Vegas Convention Center in real time, the promise of this initiative is a potent one indeed.

But for this piece, the technological prowess of Glass isn’t my focal point. Instead, I’ll focus on something far more substantial — something that will not only shape customer affection within this single company, but will impact how consumers interact with the firms that they support.

At some point in the past couple of years, consumers have become an equally important part of the product development cycle. Now, it’s up to outfits far and wide to either embrace it, or risk losing everything to rivals who do.

Within 48 hours of jumping headfirst into the world of face-worn wearables, I began to think of features that I’d love to see added. I went for a run, and noticed that the jostling of my cranium prevented Glass from staying on for more than a fraction of a second. At some point during the unabated firing of synapses, I discovered Glass Community — a Google-sanctioned forum where Glass Explorers could gather to discuss bugs, help one another, and generally discuss what life is like with a display situated a few millimeters above one’s eye.

It was in this forum that I discovered yet another runner who seemed flustered by his inability to snap a photo, record a video, or otherwise interact with Glass while on the move. As you would, I penned my own experience in a reply, hoping to provide a bit more context to anyone who’d listen. Within a few hours, something called a “Glass Guide” popped into the conversation, asking for more details on our issue and informing the thread that this particular bug was being looked into by engineers on the Google team.

You may brush this off as minor, but I assure you it is not. Google’s investment in real-time feedback gathering and troubleshooting has hooked me as a Glass user, and has effectively rendered the shadowy focus group procedure a relic of history. The bar for respecting the customer, providing actionable channels for feedback, and enabling end-users to have a bead on what’s being addressed has been raised. What was once a luxurious exception is becoming the rule, and Google’s Glass mechanism has only served to reinforce this.

As someone educated in the business realm and indoctrinated in the technology universe by way of covering it for nearly eight years now, I’ve developed a decent awareness of how companies treat and react to their customers. For what feels like eons, companies large and small have (generally) developed new products and services using market research reports and paid focus groups. There was a cavernous gap between R&D labs and the end users that keep those labs afloat and for a time this was perfectly acceptable for many companies.

Product engineering departments were roughly judged on how well a given item sold compared to expectations. If those figures were higher than anticipated, they were doing something right. If those figures were lower than anticipated, failure. Hardly anyone stopped to realize that this black-and-white approach to product decision making was short-sighted at best, and at worst, woefully inadequate for properly judging where the puck would soon be.

Pre-internet, a handful of ambitious firms would hire folks to send out mailers or phone up new buyers and ask them to complete a survey. Of course, spot-pressure surveys rarely yield anything beyond extreme answers that warp the Bell curve into something that’s impossible to interpret, but it was arguably better than no feedback at all. But even post-internet, few companies are doing this correctly. They all seem either too afraid to listen (and react) to genuine feedback, or too timid to invest money and manpower in a feedback collection system that actually drives change.

My run-in with Google’s stable of Guides has highlighted a sea change in the market. Consumers are no longer satisfied with being sold products from a faceless corporation that has next to no responsibility to deliver on post-sale promises beyond a (typically flaky) warranty. Today, customers expect the companies that they support to have a real face behind a Twitter account. To have people with power paying attention to Facebook comments. To have decision makers with resources at their disposal watching and reacting to user forums.

There’s no question that these heightened demands are taxing to businesses. None of this oversight comes cheaply, but the cost of ignoring the changing expectations of consumer bases is far greater. It’s fair to go ahead and toss metrics aside; trying to justify a closer, deeper relationship with a customer base using a bean counter is a foolish endeavor. For every Google that decides to erect an infrastructure for listening to customer feedback and actively executing changes, there’s a smattering of others who will determine that such a project isn’t worth the time or cost. For every Apple who invests millions in Genius Bars to offer free service and advice as a means to encourage loyalty, there will be a number of device makers who still insist that customers spend hours on a phone tree highway destined for Nowhereville.

For years — perhaps even a decade or more — the short-term decision to save those funds will pay off. But I envision a future where customers shy away from outfits who put forth no effort to hear end users out, and by the time the firms themselves realize it, it’ll be too late to course correct.

As it turns out, the recently unveiled MyGlass for iOS app was developed based on feedback from Glass owners. Owners, mind you, who freely gave of their time to dream up desired features, make cases for them, and who will work alongside Googlers in order to continue fleshing the app out in the weeks/months ahead. This is the future of product development, and moreover, the future of customer service. I honestly have no stake in representing Google in any way — I’m just a guy who is fascinated by radical changes in serving the client. It’ll be interesting to see which firms decide to open their ears (and wallets), which don’t, and what happens in either scenario. You can probably guess which of the two I expect to last.