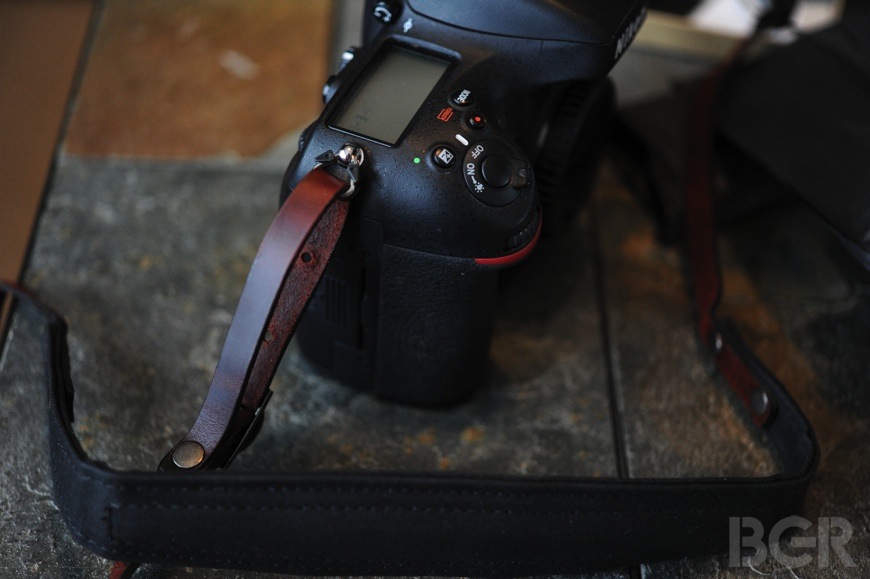 For those who’ve been following my reviews over the years, you’ll likely be well aware of how fond I am of Ona Bags. It’s a small, service-focused outfit that has expanded from building some of the world’s greatest camera bags to building some of the world’s greatest accessories, too. The outfit’s DSLR bags, backpacks, and shoulder bags are constructed from some of the most durable, stately materials found anywhere, and I’ve long since sworn by them. Sure, they’re more expensive than anything mass-produced with ho-hum threads, but put simply, Ona’s stuff is unequivocally worth it for those willing to splurge.

Recently, I had the chance to test out two of Ona’s most recent additions: the $60 Lima and $70 Presidio camera straps. Just to address the white elephant — yeah, these are pricey. But they’re constructed for professional photogs who can’t show up to a wedding shoot sporting anything less than the best. The former is a bit thinner, suitable for interchangeable lens cameras and smaller DSLRs.

I actually used it on Nikon’s D800 — hardly a bantam unit — and found the strap perfectly capable of supporting the weight through hours of shooting. It also dressed up a Sony NEX-C3, and given how sexy some of these mirrorless units are becoming, it’s a delightful companion. The Presidio is thicker and more sturdy, boasting the same waxed canvas exterior as the Union Street bag. That one was more than capable of handling the D800, and equally suitable on the comparatively ginormous D3S.

The buckle-based adjustable strapping mechanism uses a unique tri-fold system that adds a great deal of security when it comes to staying tethered to your camera’s body, and the leather straps that run down from the primary shoulder pad are nothing short of beautiful. It’s actually fairly impressive just how much one of these straps adds to the classiness of your rig — it’s night and day compared to using the bundled black strap that ships with most multi-thousand dollar bodies.

As for comfort? Shockingly nice. I had assumed that these may feel a bit thin in extended use, but I was wrong. They grip solidly on your shoulder when the weight of the body is hanging freely, yet they slide easily when you’re attempting to quickly reposition your camera without removing the strap from around your shoulder or neck.

Is it silly to recommend a $70 camera strap? To a novice, sure. But if you’re a style-focused prosumer or a full-time photographer, these straps are as good as it gets. They’re gorgeous, highly useful, unique, and they’ll almost certainly garner a compliment or two from your client. More importantly, they’re worth the asking price if you’re the target market, and there’s just nothing quite like dealing with a small company that’s eager to interact with customers on a personal level.