The holiday hunt: Reviews of every awesome smartphone currently available 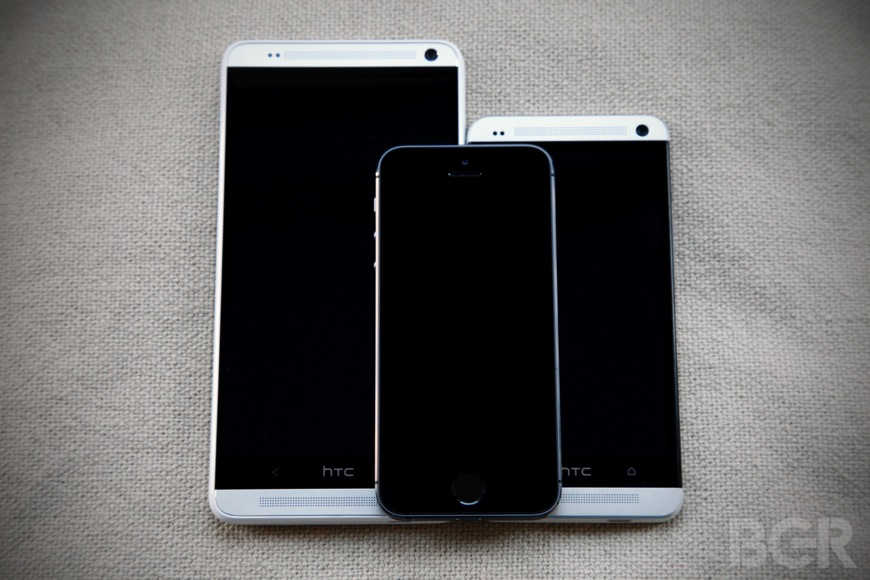 Every third commercial that airs on TV right now is for holiday deals on tablets, which are expected to be huge sellers this holiday season. But what about smartphones? Global smartphone shipments still outnumber tablets by more than five to one and smartphone penetration in America is at an all-time high. After this holiday season, it’s likely to be even higher. There are sales on smartphones at every carrier and big box retailer across the country right now, not to mention discounts that are often even deeper online. But price is only one part of the equation.

If you’re looking to buy one of the latest and greatest smartphones on the market for a friend, loved one or even for yourself, you’ll obviously want to know as much as possible about your options before you dive in — and it just so happens that BGR has reviewed each and every one of the best smartphones currently available.

The following is a collection of BGR’s reviews of all of the top smartphones currently available on the market along with links to the full reviews. There’s no better way to know what you’re in for before you take the smartphone plunge, and if you’re on the fence between two different handsets, you just might just find something here that gives you the push you needed one way or the other.

If you’re looking for a supersized phablet for yourself or to give as a gift this holiday season, the HTC One max is a fantastic option. Just make sure whomever you intend to bestow this monstrous phone upon has deep pockets. We don’t mean a lot of money, we literally mean that you need huge pants pockets in order to carry this mega-phablet around.

Size aside, the One max is a great new phone that features solid performance and a fantastic build thanks to its aluminum enclosure. The integrated fingerprint scanner also adds a layer of additional security, and for movie lovers, the 5.9-inch full HD display and surrounding BoomSound speakers provide a multimedia experience that is unrivaled.

In our review of the Nexus 5, we called it the best smartphone value on the planet — and nothing has changed since then. The Nexus 5 features a sleek build, a good display and fantastic performance thanks to its cutting-edge specs. At $349 or $399 off contract, no other phone in world even approaches the value afforded by the latest pure Google phone.

It’s important to note, however, that consumers have to be smart in order to take advantage of that value. Buying the phone off contract and then using it on a standard smartphone plan with subsidies built in makes the handset even more expensive than rival devices.

A good prepaid plan makes the Nexus 5 an amazing deal though, and T-Mobile’s $30 option is probably the best there is. And don’t forget, while T-Mobile’s plan only includes 100 voice minutes, it’s very easy to add unlimited voice calling that’s completely free — just follow this guide.

HTC’s One max isn’t the only supersized phablet in town this holiday season.

Nokia recently launched its first ever phablet, and what a phablet it is. The Lumia 1520 is one of the largest smartphones ever built and it’s also the only Windows Phone phablet you can buy this holiday season. It sports a 6-inch full HD display, a quad-core processor and a fantastic camera that captures solid photos in any lighting conditions.

Apple doesn’t break down its iPhone sales by model but after the company sold 9 million handsets through the new iPhones’ first weekend of availability alone, it’s probably a safe bet to call the iPhone 5s the fastest-selling smartphone of all time.

In our review of the iPhone 5s after using it for a month straight, we called it one of the best smartphones ever. We also noted that it’s definitely the least significant upgrade compared to its predecessor that Apple has ever released, however, so those who already own an iPhone 5 might want to wait for next year’s iPhone model, which will finally pack a larger display according to about a dozen independent reports.

It’s a pretty crazy world we live in if Samsung’s latest Galaxy Note smartphone isn’t even among the biggest phablets on the market anymore.

While handsets like the HTC One max and Nokia Lumia 1520 dwarf Samsung’s Galaxy Note 3 in terms of size, neither phone can compete with the Note 3 when it comes to unique and differentiated functionality thanks to the S Pen and its associated software suite. In fact, we recently called the Note 3 the best smartphone Samsung has ever made. Find out why in our full review, which is linked below.

The iPhone 5c is probably the most shocking iPhone Apple has ever made. The phone itself isn’t all that surprising — in fact, it’s just an iPhone 5 wrapped in a new plastic case — but the fact that the 5c ended up being an expensive high-end iPhone rather than the low-end or mid-range smartphone people were expecting threw us all for a loop.

The iPhone 5c is still a fantastic option for those looking to spice up their lives with a little bit of color though, and it’s $100 cheaper than comparable flagship iPhone 5s models.

To be frank, LG’s G2 is something of a disappointment.

The original Optimus G was a gorgeous smartphone that really pushed LG’s brand forward, but the new G2 takes several steps backwards and curiously relies on peculiarly placed buttons in an effort to differentiate. But it’s still one of the most powerful smartphones on the market and the G2’s display is absolutely stunning. In fact, it’s easily among the best displays we have ever seen on a smartphone and for those reasons alone, it’s worth considering.

Motorola’s Moto X might not be selling quite as well as hero phones from other vendors but it’s still a great smartphone available at a great price.

The Moto X is the first Motorola smartphone that Google really had a hand in developing and it’s a pretty significant departure from the company’s other devices. It’s also the most customizable smartphone on the planet, which makes it a great gift for those who try to separate themselves from the pack — as long as you’re sure to involve them in the design process, of course, since parts aren’t swappable.

There are plenty of great camera phones out there these days but there can obviously be only one dubbed the best camera phone on the planet. Right now, there’s really no question that title belongs to Nokia’s Lumia 1020.

The 1020 is easily the best Windows Phone on the market as well, maybe even without the camera. But add in Nokia’s 41-megapixel PureView cam, Carl Zeiss optics and a xenon flash, and you’ve got a smartphone that can easily replace many dedicated point-and-shoot camera.

For hardcore mobile photogs, there’s no better option than the Lumia 1020.

Samsung’s Galaxy S4 isn’t exactly new, but it’s easily one of the best smartphones of the year and it still can hold its own against newer handsets that have launched in recent months. What’s more, the display is absolutely gorgeous and the design, while plasticky, is very sleek and slender.

Samsung’s Galaxy S5 is shaping up to be an absolute beast but in the meantime, the Galaxy S4 is still the crown jewel in Samsung’s collection.

Last but certainly not least, we have the HTC One. This stunning smartphone is due for an upgrade sometime in the first half of 2014 just like the Galaxy S4, but even as it stands it’s still one of the best in the business. In fact, we pitted the One against the Galaxy S4 after four months of use and ended up calling the HTC One the best Android phone on the planet.

HTC did a fantastic job on the One. Its design is easily among the best we have ever seen and the aluminum case has a premium feel that no other Android phone even approaches. It’s also no slouch in terms of performance, though more recent phones definitely have the upper hand there. The 4.7-inch full HD display still stacks up well against newer panels though, and the One still might be the best Android phone overall that is currently available.

By Jacob Siegal 6 mins ago

By Andy Meek 34 mins ago