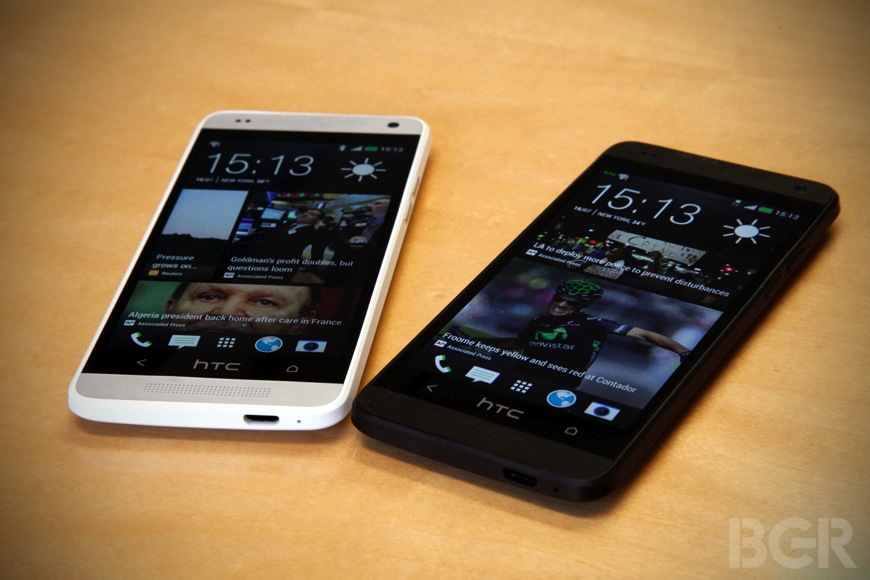 HTC on Thursday unveiled the HTC One mini, a smaller version of its critically acclaimed HTC One flagship Android phone. The handset features a design that is strikingly similar to the original, but scaled down both in size as well as refinement. Whereas the currently available flagship HTC One is easily one of the most impressive smartphones the world has ever seen in terms of design, materials and build quality, the HTC One mini dials things back in order to address the mid-range smartphone market. Getting the phone’s price down was HTC’s priority here and pumping the brakes on the hardware was clearly necessary, but was the flagship One’s allure lost in translation?

When BGR reviewed the original HTC One, we called it the closest thing to a no-compromise smartphone the world has ever seen. As such, it’s quite ironic that the HTC One mini is all about compromise.

Compromise isn’t always a bad thing, mind you. HTC’s goal with the HTC One mini was to build a device with the same design identity and software experience as the flagship model, but scaled down to a smaller size and a more affordable price point. In this regard, the One mini is a huge success.

HTC’s One mini features an impressive 4.3-inch 720p HD display, a dual-core 1.4GHz Snapdragon 400 processor, 4G LTE, 16GB of internal storage, 1GB of RAM and an 1,800 mAh battery. The phone will also ship with Android 4.2.2 Jelly Bean and a Sense 5 experience that is identical to the One. BlinkFeed works just as well on the One mini as it does on the flagship model, and HTC’s fantastic camera software was carried over as well.

“We are proud to be behind the market’s leading smartphone and now, with the addition of the HTC One mini, the best smartphone family in the world.” HTC CEO Peter Chou said. “The HTC One mini embodies everything that makes the HTC One a success on a smaller but equally eye-catching scale.”

I recently spent some time with the One mini and came away fairly impressed. The size of the phone is just about perfect — you can see photos of the One mini next to the iPhone 5 and the flagship HTC One in our hands-on HTC One mini photo gallery — but the requirement to cut back on the manufacturing costs in order to hit lower price points means that the One’s gorgeous glass face that spilled over to the chamfered edges of the phone is no longer present on the One mini. The phone still features a unibody aluminum case though, and it is surprisingly light.

In terms of performance, I found that despite its significantly less powerful processor, the One mini was nearly as spry as the flagship model when performing many common tasks.

Despite the One mini’s mid-range price tag, many of the One’s key features have been carried over. HTC’s powered BoomSound stereo speakers are included on the new model, for example, as is the impressive UltraPixel camera, minus the optical image stabilization. Unfortunately, HTC’s IR blaster and TV app didn’t make the jump to the One mini in order to cut cost.

It’s worth noting that despite all of the compromises that were necessary to keep the pricing down, HTC was still able to use a nice sturdy aluminum for the One mini’s case. According to numerous rumors and leaks, not even Apple was able to pull that off.

HTC’s One mini will begin rolling out next month in international markets but HTC has yet to announce pricing or availability details for the United States. If HTC and its U.S. carrier partners can hit the sub-$100 mark on contract, the HTC One mini could very well be one of the best mid-range smartphones on the market when it launches this fall.