This is the coolest Wikipedia app on the planet 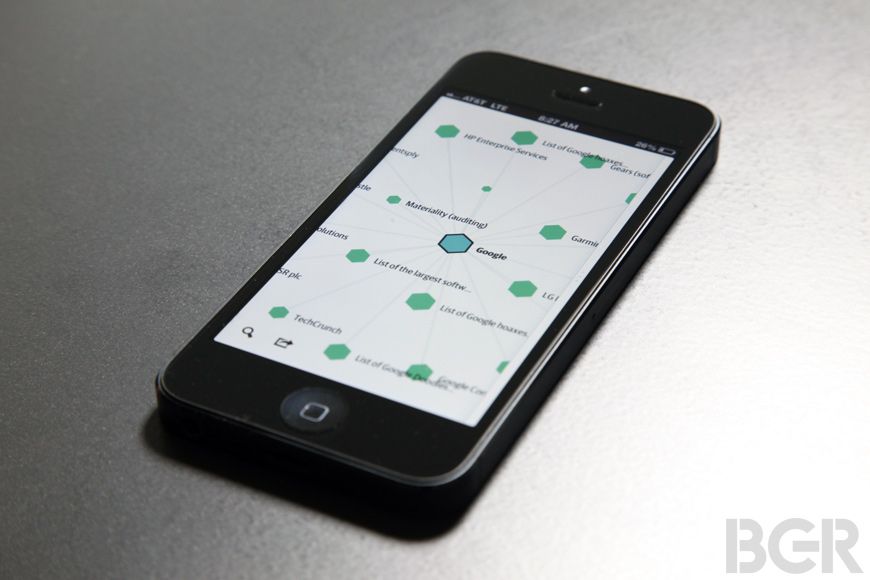 According to Google’s DoubleClick ad planner, Wikipedia is the sixth largest website in the world with approximately 410 million monthly unique visitors. Founded in 2001, Wikipedia is a crowd-sourced encyclopedia operated by the Wikimedia Foundation with a noble goal: Free information by the people, for the people. As great as Wikipedia can be, though, the look of the site is a bit drab. As such, a number of third-party developers have set out over the years to build apps that make the site a bit more enjoyable to use. Some developers do a better job than others, but one app shines brighter than the rest.

Friends of The Web, a four-man developer team out of Baltimore, Maryland, launched a beautiful Wikipedia reader in July last year that recently received an update. At $4.99, Wikiweb is a bargain for frequent Wikipedia users. The app gives users access to the always expanding wealth of knowledge that is Wikipedia, but it presents information in a minimalistic, beautiful and novel way.

Perform a search in Wikiweb and the result is presented as a single dot at the center of the screen. Swiping in from the right side of the screen opens up the related article on a simple but elegant page. But tap the search result instead, and Wikiweb enters a unique and interesting discovery mode.

That single search result at the center of the display explodes into a web of related topics, encouraging the user to explore new pages. Tap on a new topic and a new web of related pages bursts onto the screen, or simply swipe in from the right to read the related article. I have found some amazing things using this smart function that I never would have thought to search for, and browsing Wikipedia without this nifty app has become boring and dull.

Wikiweb is available now on both the iPhone and iPad for $4.99, and a portion of all proceeds is donated to the Wikimedia Foundation.

More information and a download link can be found on the Wikiweb site and a demo video of Wikiweb in action follows below.