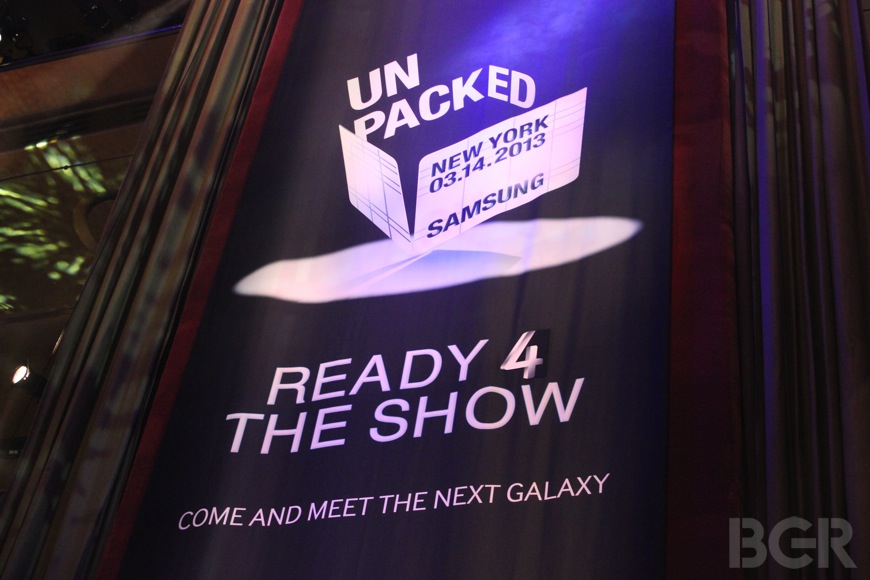 People laughed when Samsung’s (005930) marketing boss said the company was planning to generate Apple-like buzz for future products. It has been a little over a year since Younghee Lee’s comments, and now it’s quite clear that Samsung kept its impossible promise. The Galaxy S 4 is one of the most highly anticipated devices of the year and it could go down as one of the biggest product launches of all time — which is why Samsung spared no expense and rented out Radio City Music Hall in New York City. Can the Galaxy S 4 possibly live up to expectations and help Samsung continue to flourish the smartphone market? Our live coverage of Samsung’s Galaxy S 4 press conference follows below.

UPDATE: Be sure to check out the Galaxy S 4’s complete specs as well as our extensive hands-on preview!